President Jokowi: ITB's Contributions are Awaited by All Children of the Nation

*Ambience of the ITB Open Session Commemorating the 100th Anniversary of Indonesian Engineering High Education in the East Hall of ITB, Friday, July 3, 2020 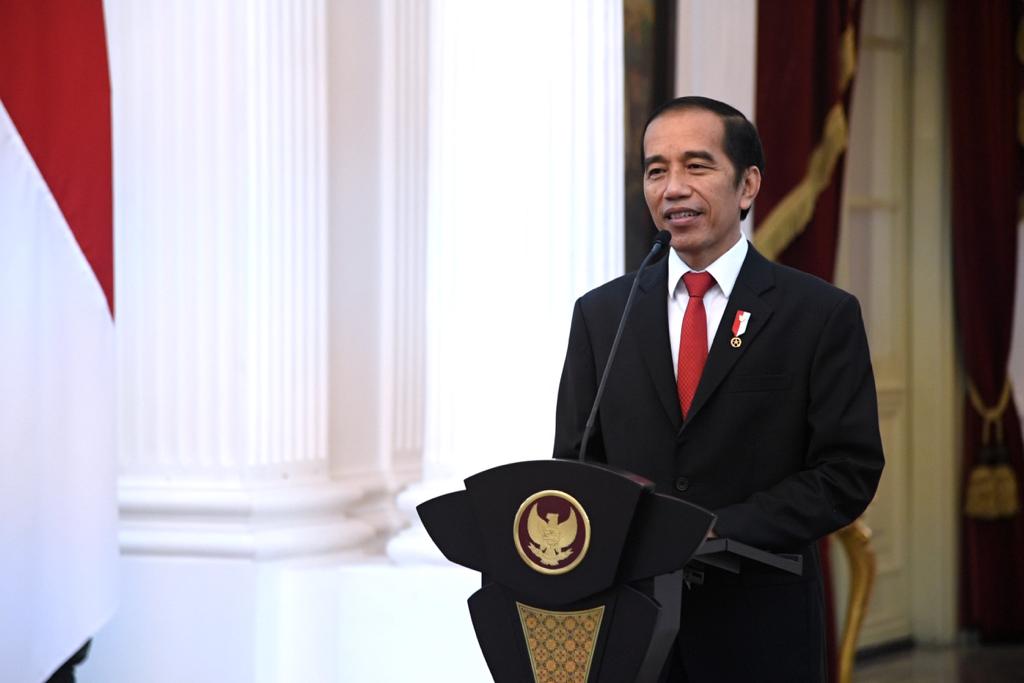 The President expressed his pleasure and pride at being able to attend virtually in the middle of the ITB big family, the oldest engineering education institute in Indonesia, where Ir. Soekarno gained knowledge and leadership, where Ir. Djuanda Kartawidjaja learns and builds love for the motherland, where Ir. B.J. Habibie, the father of technology Indonesia, started his footsteps as a respected engineer in the world, and many other great national figures were born from ITB's womb.

“Amazingly, as a renowned engineering school, ITB also develops arts, humanities, and culture education through the figure of Sapiie Soemardja who is keen to develop art development, Sam Bimbo, legendary Indonesian musician, I Nyoman Nuarta, who produces extraordinary works of art, as well as Iskandar Alisjahbana, former Rector of ITB who is also the Father of our Satellite Communication System, and many more,” said President Joko Widodo.

He said, ITB's 100-year presence really colored the great journey of Indonesia's history. From the university where located at Jalan Ganesha No. 10, the spirit of independence is echoed, the problems of the nation are resolved, and the progress of the nation is produced.

According to him, in the midst of increasingly competitive global competition, the role of higher education must be increasingly significant as a guide for major changes in initiating innovation and breakthroughs, making Indonesia increasingly respected by the world. At present, he continued, Indonesia is facing a great challenge which is disruption and hypercompetition. Major changes have taken place in various fields accelerated by the Industrial Revolution 4.0. Interstate competition is also increasingly rapid which demands flexibility and innovation.

“For this reason, Indonesia must be driven by a high fighting spirit, guided by noble morals and a soul of devotion to the nation and state, and accompanied by science and technology. Indonesia must not lose. ITB contributions are awaited by all the children of the nation. Show the achievements of our academics and researchers, show the science and technology resources and innovation of our nation's work to the world. Prove ITB's contribution to the welfare of the people and the progress of our beloved Indonesia,” he explained.

Prof. Hendra Gunawan: Looking the Figure of Indonesia at 2045