Prof. Ben Feringa was born in Barger-Compascuum, The Netherlands, in 1951. He entered the University of Groningen, Netherlands, in 1969, for Master degree, and took his Ph.D. program in the same university in 1974, under supervision of Prof. Hans Wijnberg. In these programmes, Ben worked on several organic synthetic projects on asymetric synthesis, and more importantly on preparation of chiral compounds - and hence optically actives – of alkene derivatives. Later these compounds are called “chiral overcrowded alkenes”. It is clearly that from the beginning of his career, Prof. Ben Feringa interested with stereochemistry. Prof. Ben Feringa also received honorary and prestigious positions in a number of societies across European countries. 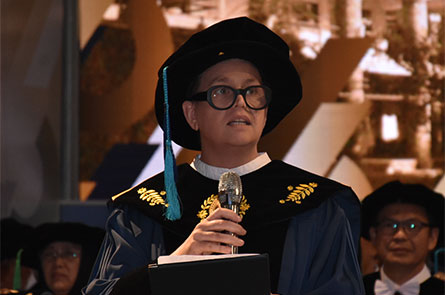 Ganesha Award is a prize given to someone who contributes in developing science, technology, and arts and also institution directly or indirectly. 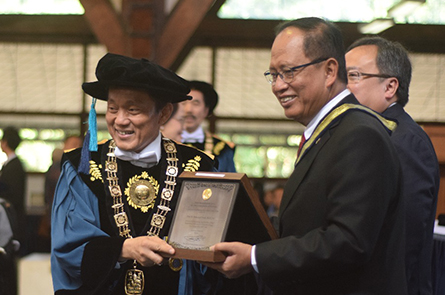