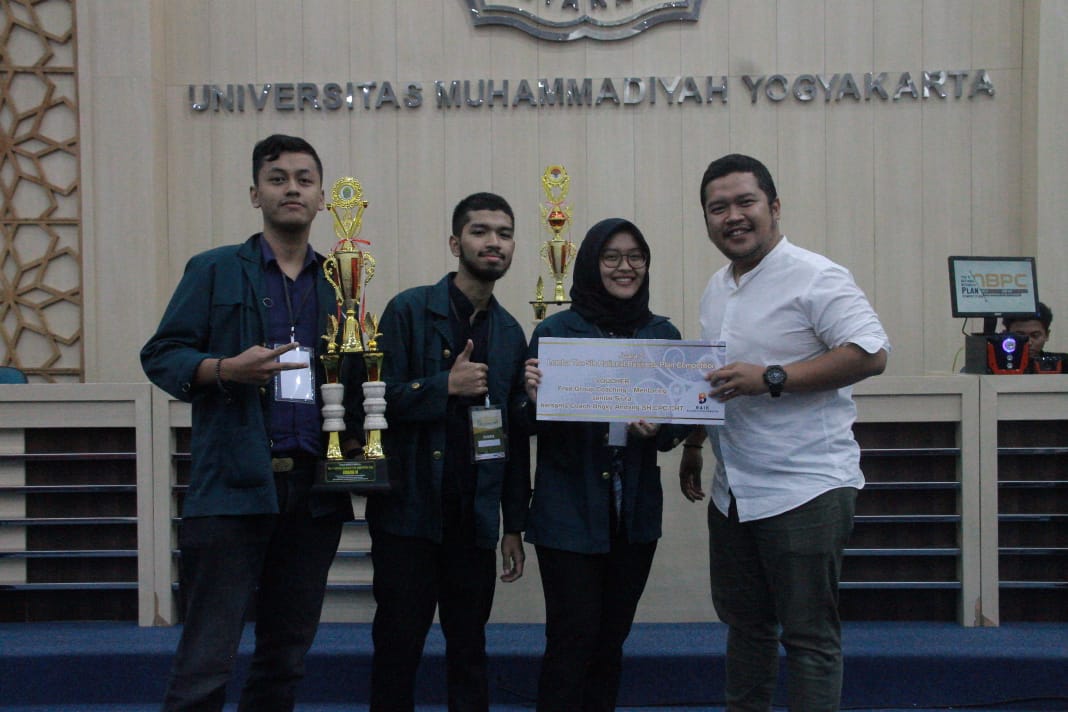 BANDUNG, itb.ac.id - The industrial world has entered an era of very rapid technological development. Now almost all daily human activities can not be separated from technological assistance, ranging from learning, accessing information, socializing, and others. The development of this technology is called Industrial Revolution 4.0.
The Industrial Revolution 4.0 is very different from the Industrial Revolution 3.0 which places more emphasis on computers and robots. In dealing with these changes, college students are required to have the ability to think creatively and innovatively in order to become qualified and competent human resources in creating Industry Superior HR 4.0.
In this regard, three students of the Institut Teknologi Bandung (ITB) Cirebon Campus succeeded in becoming a national champion by making a halal business model in the era of the industrial revolution 4.0. The three students are Terani Virda (Industrial Engineering - Cirebon 2016), Muhammad Syauqi Ramadhan (Industrial Engineering - Cirebon 2017), and Rifky Krismantoro (Industrial Engineering - Cirebon 2018).
They won first place in the National Business Model Canvas Competition at Darussalam Gontor University which was held from 30 October 2019 to 19 February 2020 at Darussalam Gontor University. The ITB team is able to compete with other universities such as Brawijaya University, Gajah Mada University, Yogyakarta State University, Yogyakarta Muhammadiyah University, Mataram University, Telkom University. Before being declared a champion, each participant must go through Business Model Canvas selection, proposal selection, and presentation selection.
Not only that, the three ITB Industrial Engineering students at the Cirebon Campus also won 2nd place in the 5th National Business Plan Competition at the Muhammadiyah University of Yogyakarta. The competition carries the theme "Be a creative and innovative young entrepreneur in the 21st century" and is held from January 6, 2020 - March 7, 2020. Participants who become finalists at the highlight include Bandung Institute of Technology, UGM, Prasetya Mulya, ITS, UB, UNY, UNDIP, Telkom University, etc.
"In the initial stages, ideas are prepared first. Each team member is directed to research problems that can be solved with a business idea. A good business idea is an idea that can solve a real problem. Then, after brainstorming, continue to prepare BMCs and proposals. After getting the announcement to pass the top 10, then we prepared a presentation as the final stage of the competition. All preparations seemed to take two months, "explained Terani when contacted by the ITB News Reporter.
Not without obstacles, Terani and the team faced joy and sorrow while preparing for the two competitions. "We have had a hard time dividing the time between many tasks with making proposals and in the end often staying up late. It's often also different thinking because friends in the team have different levels of years on campus, "he said.
After participating in the competition, Terani also gave tips for other students to take part in achievements and make their beloved alma mater proud. "I personally usually participate in competitions every time I often observe which gaps can strengthen and make it superior. I also look at the academic timeline, is it possible to take part in the race or not so that I don't miss too much lecture material. Then, don't forget to ask for permission and prayer from parents. I personally feel some of this success is all because there is a prayer from parents," said Terani.
Reporter: Qinthara Silmi Faizal
Translator: Elisabeth Sirumapea