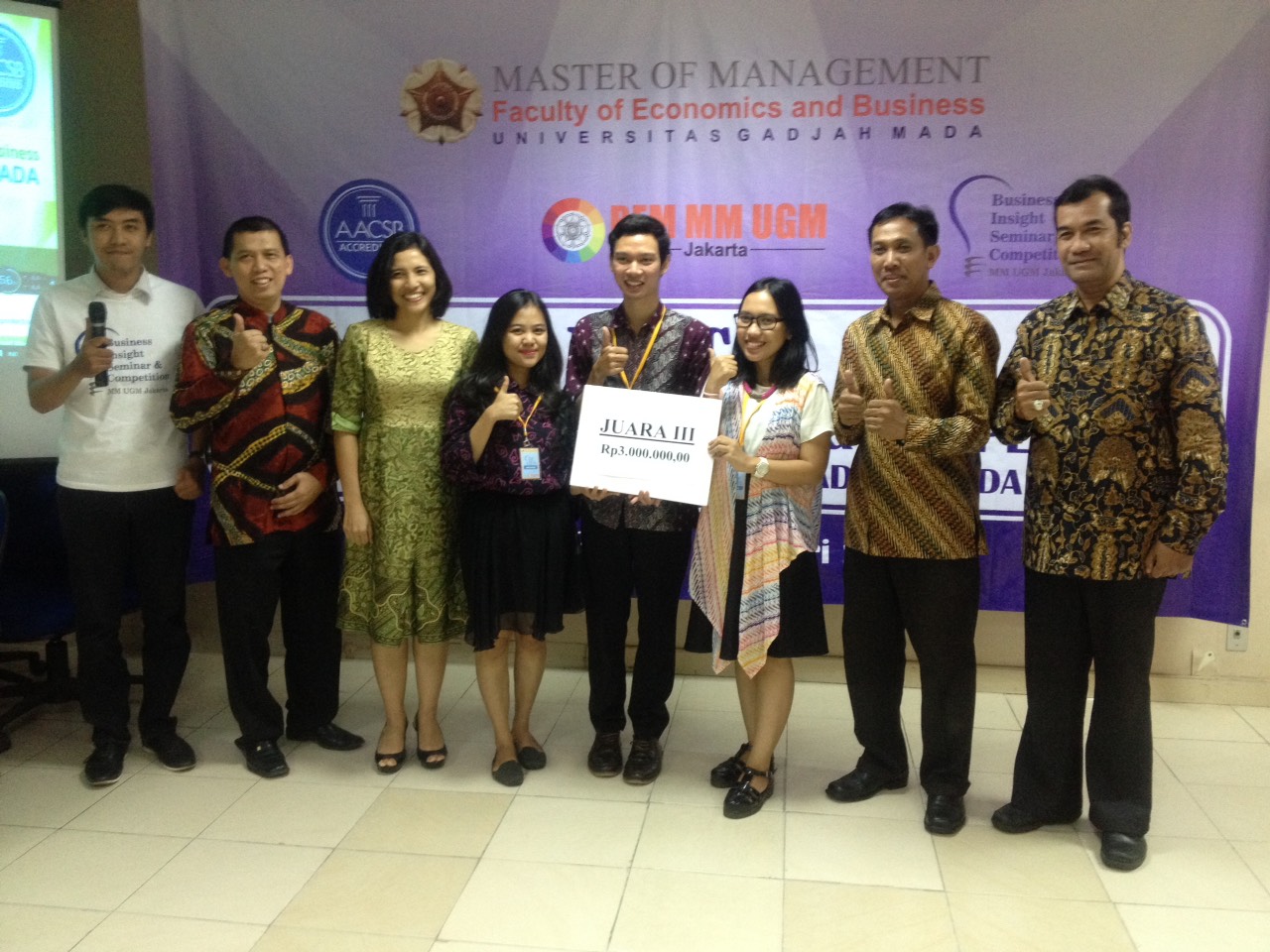 BANDUNG, itb.ac.id - Ganesha's kids struck back to show their skills in a national competition. This time, Business Insight Seminar & Competition (Bisco) by Master of Management UGM became the spotlight of innovation owned by Ninik Susadi Putri (Industrial Engineering Management 2012), Muhammad Arif Wicaksono (Industrial Engineering 2012), and Maulidia Khairani (Biological Engineering 2012). Bisco is an event consisted of seminars and business plan competitions (engineering business) in Indonesia by BEM Master of Management UGM. Participated by undergraduate students from various universities, the competition selected proposals made by 16 teams, which ended up being six teams in the final round. In the final round, they were battling in the test management and presentation. ITB representatives eventually made to be the third winner.
Before entering the final round, competitors participated in a business seminar on Friday (26/02/16) that presented Nina Agustriana from PT Nutrifood and Muhammad Isnaeni, MM., the franchise owner of K24. The seminar, which aimed to grow a business potency and interests on the students closed with the announcement of the six teams that entered the final round. These six finalists were from Telkom University Bandung, Universitas Padjadjaran, PPM School of Management, ITB, and the University of Indonesia.


Agribusiness in A Form of Vegetarian Meatball

The competition had four themes: Creative Industries, Agribusiness, Socialpreneur, and Technopreneur. The team RAN.co from ITB chose the Agribusiness. "Based on data from BPS, vegetable consumption in Indonesia is relatively low compared to other countries. Therefore, we want to significantly increase the value of vegetables sold and increase the consumption of it," said Ninik telling the background of their chosen theme. RAN.co was born from the responses of 177 respondents who desired a healthy diet. Then, RAN.Co brewed the business plan with meatball as the culinary product. Meatball named "Baso Boullets" is composed of mushrooms and green vegetables, such as broccoli, green cabbage, and carrots. RAN.co team got feedback about the design of their business models in the final round on Saturday (27/02/16) assessed by academics and practitioners in the field of entrepreneurship. "According to the jury, this business plan can be developed. With this product, we expect to increase public interest in the consumption of green vegetables in Indonesia," Ninik concluded.