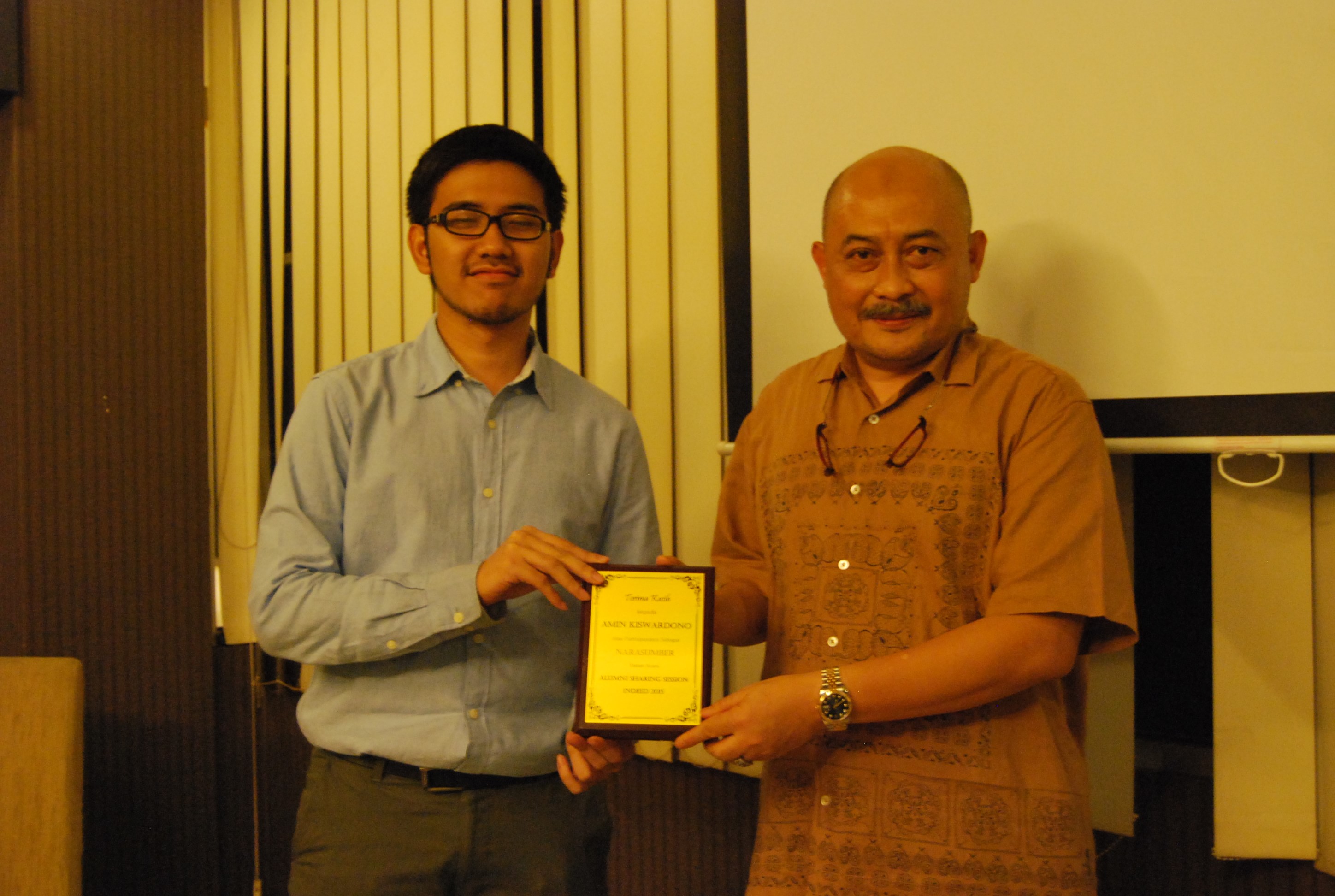 The event was held on Friday-Saturday (23-25 / 01/15) and Sunday (01.02.14) consists of five series of events. The series of events that Charity, Alumni Sharing Session, NostagiRun, Golf Tournament and Gathering. In addition to a fundraising event, MTI ITB also makes INDEED a gathering of alumni container IT and MRI in order to get involved in community development projects. Participation and contribution in the form of funds, ideas, or suggestions will be utilized in this community development project. "INDEED is an event whose purpose form and awarenessriser fundraiser for community development at MTI," said Riszajidien (Industrial Engineering Management, 2011) as the chairman of the committee. Community Development is one of the work program which is owned by MTI ITB concerning the application of IT and MRI science in a project that will benefit the community. In addition to support from the alumni, the activity is INDEED 2015 was also sponsored by Toyota Astra Motor and Bank Mandiri.


The series of events in 2015 INDEED
Housed in the breezeway Labtek 5 ITB, INDEED held its inaugural event is Charity. Charity was one form of community service in collaboration with PMI through blood donation activities. Expected in these activities can help to maximize the potential of PMI community in helping people who need help blood donors. With the Charity as well as one way to raise public awareness especially ITB students about the importance of community service. 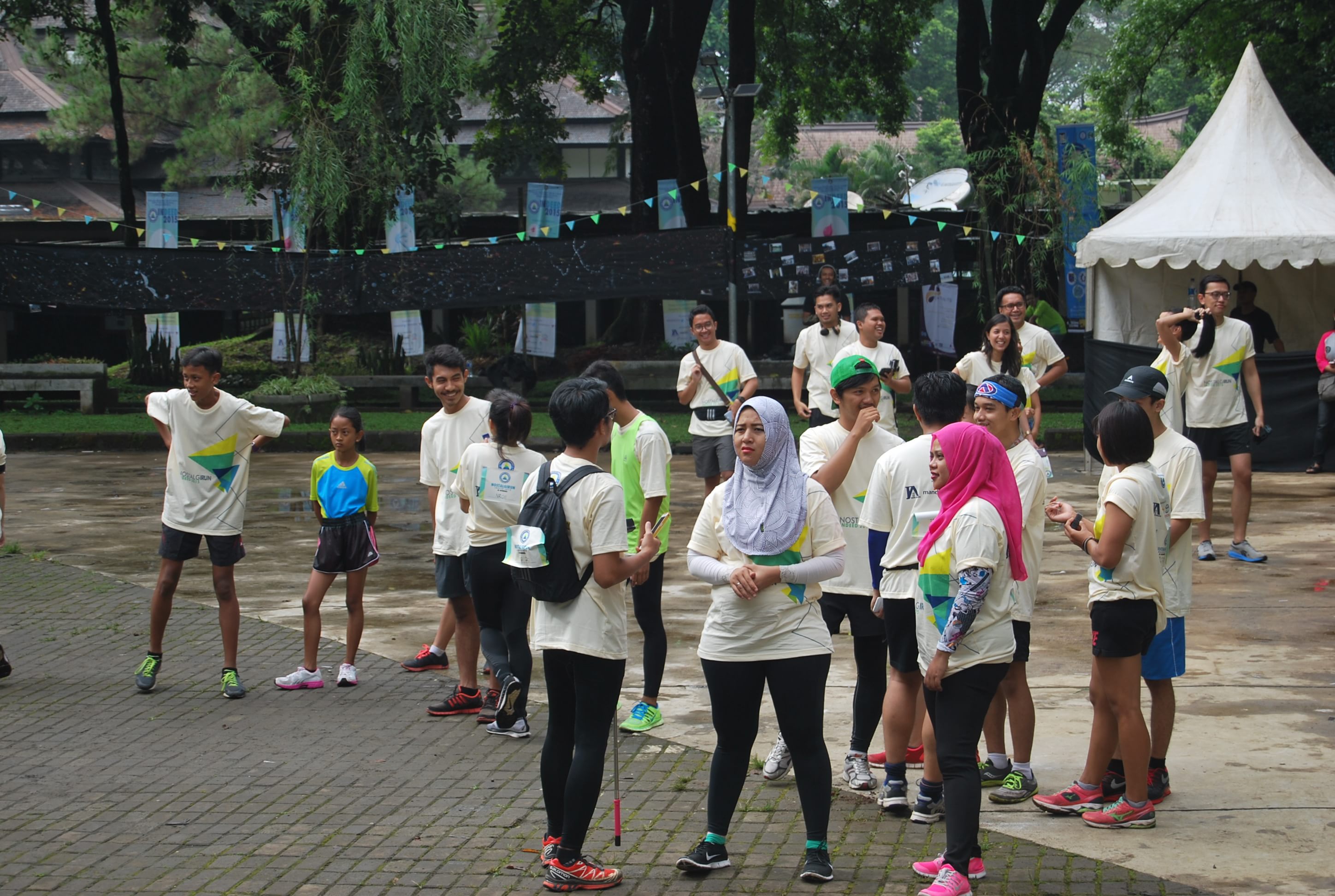 The next day, held NostalgiRun event which invites all alumni, students of IT and MRI, as well as the general public to carry out jogging along as far as 5 km around the ITB. Funds collected from the registration fee in the event will be given to those in need. With same day, held Gathering activities aimed at gathering young alumni of IT and MRI. In this event will be presented on a community development project that will be held by MTI ITB. This event was also opened by the elected rector of ITB which was also an alumni of ITB Industrial Engineering Prof. Kadarsyah Suryadi.

As with the three events held INDEED, the next activity was to discuss the profession of IT and MRI itself. This activity was used by IT students and Mri are still studying to know the world of professions that will be faced by the Alumni Sharing Session. Alumni Sharing Session was knowledge transfer activities provided by the IT and MRI of alumni who have been successful in their respective fields to IT students and MRI. This knowledge transfer activities packed in a centralized seminar discusses the general theme of the world of work such as tips when applying for work as well as insights into entrepreneurship. The filler in this major seminar namely Surya Sasono (Industrial Engineering 2007) as Human Resource Conoco Philips and Jaka Wiradisuria (Industrial Engineering 2003) as CEO valadoo.com. In addition to seminars held centralized sharing group also containing alumni IT and MRI in various fields.

Last activity once the culmination of a series of events was INDEED Golf Tournament. The golf tournament was held for alumni IT and MRI and golfers in general. This event was held as a forum for alumni silahturahmi IT and MRI as well as raise funds in order to most major community development projects that will be held by MTI ITB.
INDEED