Obituary: Prof. Andrianto Handojo, the Father of Laser and Optical Fiber of Indonesia 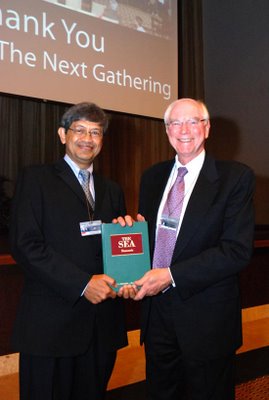 BANDUNG, itb.ac.id - Again, ITB has lost one of its big figures. Prof. Dr. Ir. Andrianto Handojo had passed away on last Wednesday (21/05/14). He was given his final tribute on Thursday morning (22/05/14) at West Hall ITB. All the professors, lecturers, and even students of Bandung Institute of Technology also gave their final tribute to him as one of Engineering Physics' professors.

Since 1980, Prof. Andrian has become a lecturer in Physics Engineering. Since last 1999, he served as a professor with expertise in optic. In 1983-1986, he served as the Head of Engineering Physics of ITB. He also served as the Head of National Research Council (NRC) for the period of 2008/2012 and 2012/2014. The National Research Council itself is government's partners in defining directions, main priorities, framework policies in research, developing, and applying of science and technology.

One of his big dreams was developing industries in Indonesia. When he served as the Head of NRC, he worked tirelessly to integrate a supportive system towards research and industries. He also developed an open method of research coordination, a system which enables stakeholders to synergy and coordinate on particular topics. In this professor's hands who was graduated in Netherlands, simple things turned into very beneficial things. 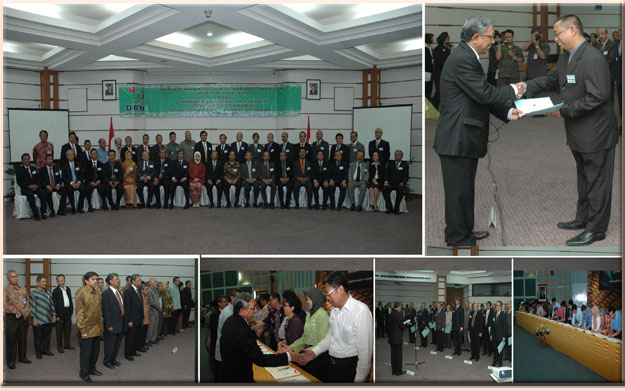 His work partner, who is also the ex of ITB's rector and the ex of the Minister of Research and Technology in Indonesia Bersatu cabinet (2004/2009), Kusmayanto Kadiman, said that Andri was one of a figure which is supposed to become a role model. He was an organized lecturer with a good time management who has a systematic and effective teaching method. He was also fair in giving scores and an ideal figure of scientist. Many of complicated things which he had learnt can be presented in a clear, simple, and understandable way. His presenting method also used creative and practical ways, which made it easy to be understood.

Some of Andri's writing which had been published in international scientific journals are "Imaging through Scattering Media with the Double Aperture Setup" in Optics and Laser Technology journal in 2001, and "Testing Aspheric Surfaces: Simple Method Using A Circular Stop" in Applied Optics journal in 1998. Besides that, Andri also actively wrote a scientific blog with his own simple writing which expand the readers' knowledge in his expertise in optics.

Prof. Andrianto Handojo has passed away. Families, best friends, colleagues, and thousands of his students can only remember him through his writings and memories. This professor may probably have gone, yet the knowledge in science which he had taught and dreams along with hopes which he had spread will always live in the heart of people who ever had the chance to know him. Rest in peace, Prof. Andri.