BANDUNG,itb.ac.id - Friday (13/12/13) the world of design and achitecture has lost their respectful figure. Ir. Ahmad Rida Soemardi, M.Arch, MCP who usually called Tata, is one of the lecturer in Architecture Major yet also one of the founder of Bandung Creative Community Forum (BCCF). His departure rose many sympathy and concerns from various sides, from academic backgrounds until the majority of creative workers in the city.
Tata has departed in his 50. His absence was found in the afternoon of the final graduation examination from one of Architecture's students. The sad news was finally revealed when a few of the lecturers went to his apartment. After being bathed and given the final prayers, the body was then moved to Jakarta in 17.00 WIB for having the funeral on the next morning. Tata was having his final rest in TPU Jeruk Purut, South Jakarta at 10.00 WIB, Saturday (14/12/13). Before this tragedy, Tata was recently having a pain in the chest but as for now the cause of death hasn't been identified yet. 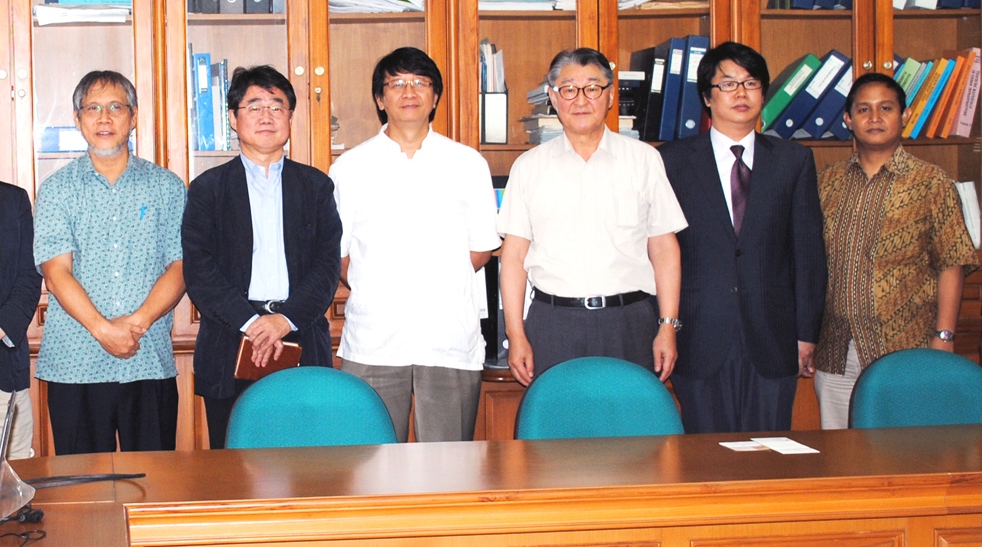 His relationship with his students and his colleagues both in Architecture and other community make the enormous streams of final goodbyes in his social media accounts, from Facebook, Twitter and others. "It's still hard to believe that he is gone. He's one of the most supportive and reliable lecturer for me," said one of his students. The same tone was shown in almost all memoirs of his departure.

"Kang Tata", the name he gain among his close friends, was having a big interest in urban design and buldings conservation. Since 1994, he joined Bandung Heritage, one of the community whose aim is to preserve historical buildings and also maintain its culture and environment. His will and vision leads Tata to multiple projects in the effort to guard the historical buildings in Bandung. Also, his help was very significant in the making of a video mapping documentary called "Blending the Boundaries" with Sembilan Matahari University. This project was made to stimulate the citizen to use public spaces and explore the meaning behind historical buildings.

Apart from being a senior staff in Architectural Design Research Groups, he was one of the minds behind Post-Graduate Program of Urban Design which is a joint-program between Regional and Urban Planning Major and Architecture Major. His spirit was not only in academics, he was also a recent activist in BCCF untill now.

Academic Life
Ahmad Rida Soemardi was an 1986 alumni of Architecture ITB. Then he continued his study in University of Pennsylvania to gain the title M.Arch and MCP on 1992. Now he was having the final phase of his doctoral research on the Faculty of Built Environment, University of Wales, Australia. This made him a PhD candidates in that university.