Prof. Tjia May On was Presented Achmad Bakrie Award 2012 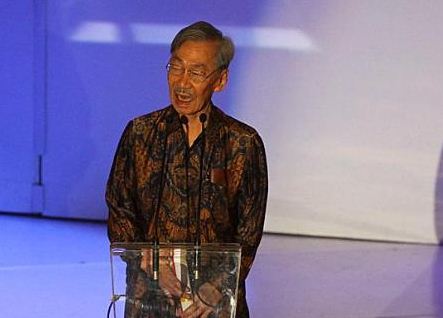 JAKARTA, itb.ac.id - ITB proudly announces that one of ITB's Physics Professor, Prof. Tjia May On, got Achmad Bakrie Award 2012 Tribute in science major on Sunday (12/08/12) at XXI Ballroom Jakarta Theatre. This prestigious award was presented by Freedom Institute as an appreciation for his merit and dedication to Indonesia.

Born in Probolinggo, 25 December 1934, Prof. Tjia May On was noted as one of inspirational figure who has yielded hundreds of international level works for science development. Hundreds of its publications have been published in various Physics journals since 1966 until now.

Since continuing his studies at Northwestern University, USA, and getting Ph.D. degree from the same university, he consistently has been doing research in quantum particle and relativistic cosmology. He is one of Indonesia's first generation who has changed world's perception about universe's interaction and its origin.

After graduaterd from Northwestern University, he came back to the homeland bringing spirits and physics knowledge to be expanded. He also received some fellowships, obiter from International Center for Theoretical Physics (ICTP), Italia in 1974; and also from Japan Society for the Promotion of Science (JSPS) in 1980 for joining a research in applied spectroscopy scope. 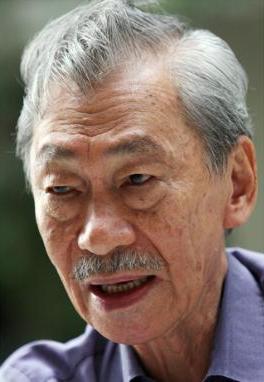 According to him, research is one of expensive and fundamental activity in national and state living. Prof. Tjia also believes that research is the main backbone of indenpendence and endurance.

"We have to be advanced at science. A lot of smart people are not able to distribute or mischannel their intelligence. Therefore, there has to be a way to expand their intelligence," stated Prof. Tjia in the awarding ceremony's greeting.

For more than 70 years of his life, he has made various intellectual achievements, used for the advancement of physics knowledge in Indonesia and the world. At his age, Prof. Tjia has given a lot of inspirations to families, working partners, students, and people ho have ever known him.

The Entity of Commitments

The awarding activity has been started since 2003 as a form to appreciate commitments and best works made by Indonesia's people. These six figures are considered as people who have given great contribution in various knowledges.

Be the Top 5 among 148 Institutes, ITB Being Progressive in PIMNAS