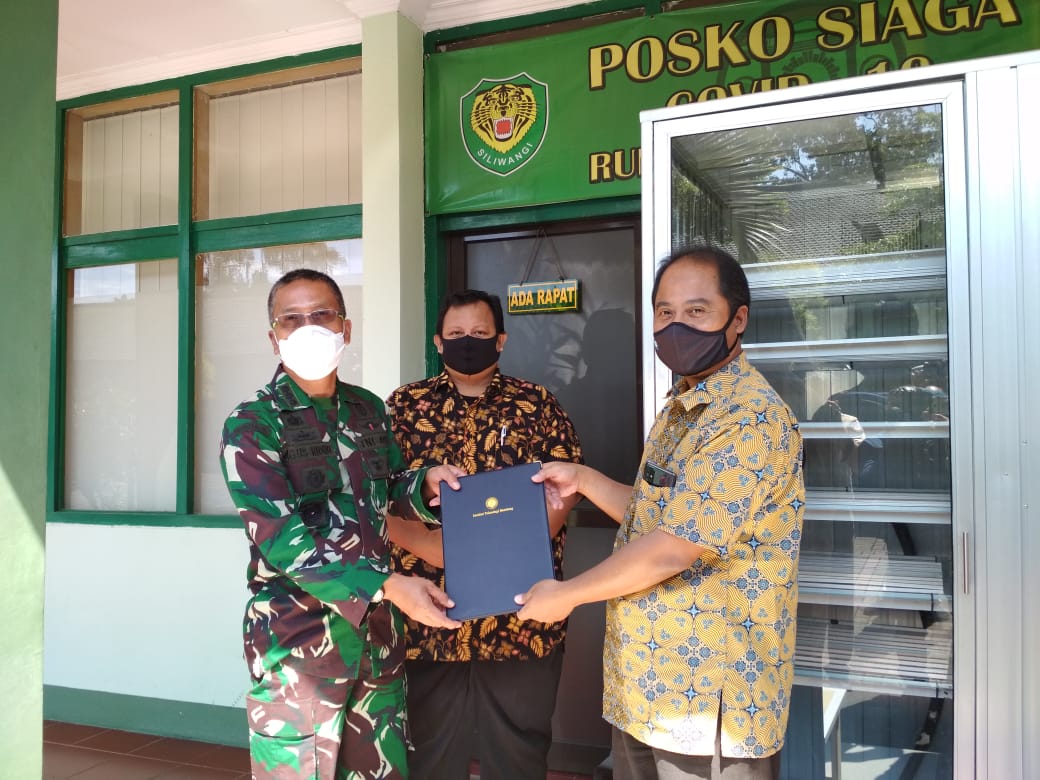 * Dr. Yuli Setyo Indarto was accompanied by Dr. Deny Willy Junaidy handed over the N-95 Mask Sterilization Cabin to Head of Dustira Kolonel CKM Hospital Dr. Agus Ridho Utama, SP.THT-KL., MARS. (Photo: Adi Permana / Humas ITB)
BANDUNG, itb.ac.id - Institut Teknologi Bandung handed over the Sterilization Cabin for N-95 Masks to Dustira Hospital, Cimahi, Thursday (6/4/2020). This sterilizing cabin is able to sterilize N-95 masks that have been used by medical personnel by using Hydrogen Peroxide Steam.
The handover was carried out by Dr. Yuli Setyo Indartono from the Faculty of Mechanical and Aerospace Engineering ITB and Dr. Deny Willy Junaidy, S.Sn., MT., Ph.D., From the Institute of Research and Community Service ITB, to the Head of Dustira Kolonel CKM Hospital Dr. Agus Ridho Utama, SP.THT-KL., MARS.
The N-95 Mask Sterilization Cabin was developed by Dr. Yuli Setyo Indarto from the Renewable Energy Laboratory Team, Faculty of Mechanical and Aerospace Engineering ITB. Previously, ITB also submitted its first version of the sterilization cabin using ionization technology to Hasan Sadikin Hospital, Bandung, April 20, 2020. The cabin has been tested and used until now by a team of Hasan Sadikin Hospital doctors.
This airtight sterilization cabin was made with the aim of reusing N-95 masks because with the growing number of COVID-19 patients, the need for N-95 masks is increasing for health workers both in hospitals and puskesmas. On the other hand, the availability of N-95 masks is limited. This cabin has dimensions of 1x1x2 m3, equipped with an automatic timer, clean air blower. 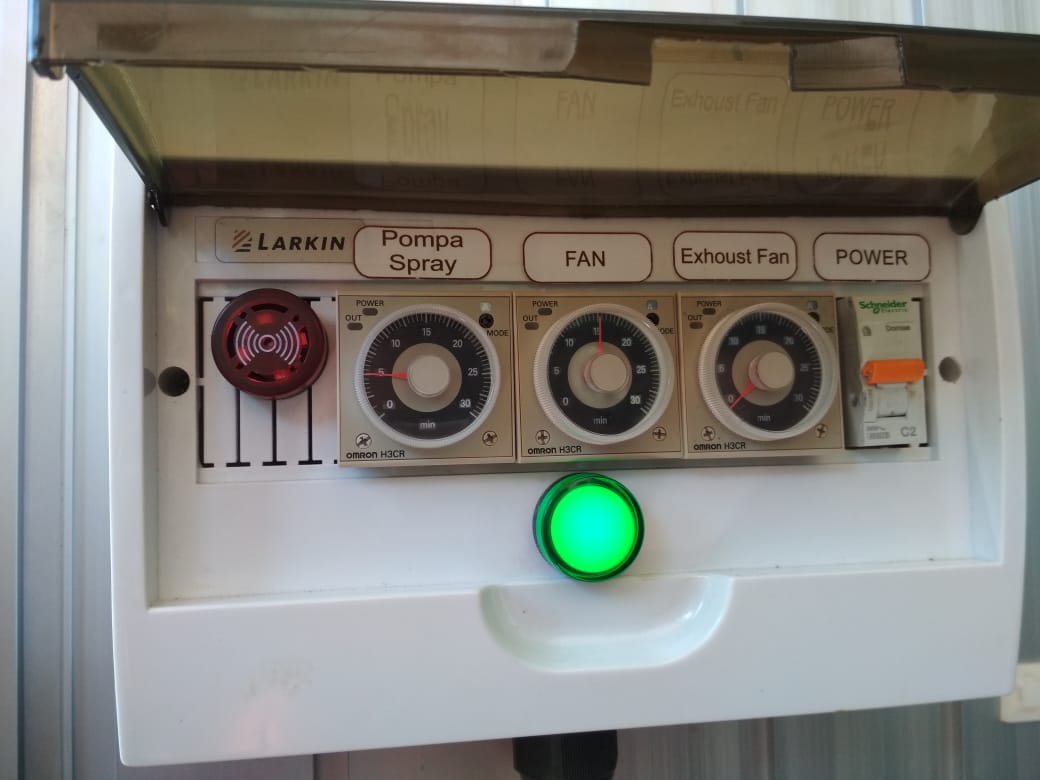 * Automatic timer available in the sterilization cabin. (Photo: Adi Permana / Humas ITB)
Met after the handover of the sterilization cabin, Dr. Yuli said, the second version of this tool uses other technologies that are more affordable in terms of cost by using Hydrogen Peroxide (H2O2). According to Dr. Yuli, from the side of scientific publications, many tests have been conducted in America and Europe about the ability of hydrogen peroxide vapor in bacterial and viral decontamination. In addition, based on the results of testing at SITH ITB, using gauze that was given a large amount of bacteria, it only took about 10 minutes to sterilize 99.9 percent of the bacteria.
"The first version of the tool, it is more expensive on its ionization components. For the first tool, it is able to contaminate bacteria as much as 90 percent with 90 minutes exposure time, for the second version of this tool is able to sterilize bacteria nearly 100 percent in about 10 minutes, so it is more effective in decontaminating bacteria and viruses, "he told ITB Public Relations.
He is optimistic that the second version of the N-95 Mask Sterilization Cabin will work well in Dustira Hospital. Because, the previous tools submitted to RSHS Bandung, also worked well according to the results of testing in the lab at ITB. "This one is also God willing, I'm optimistic the results will be good. Only for the second version of this tool we need to supply three percent of H2O2 for users," he said. 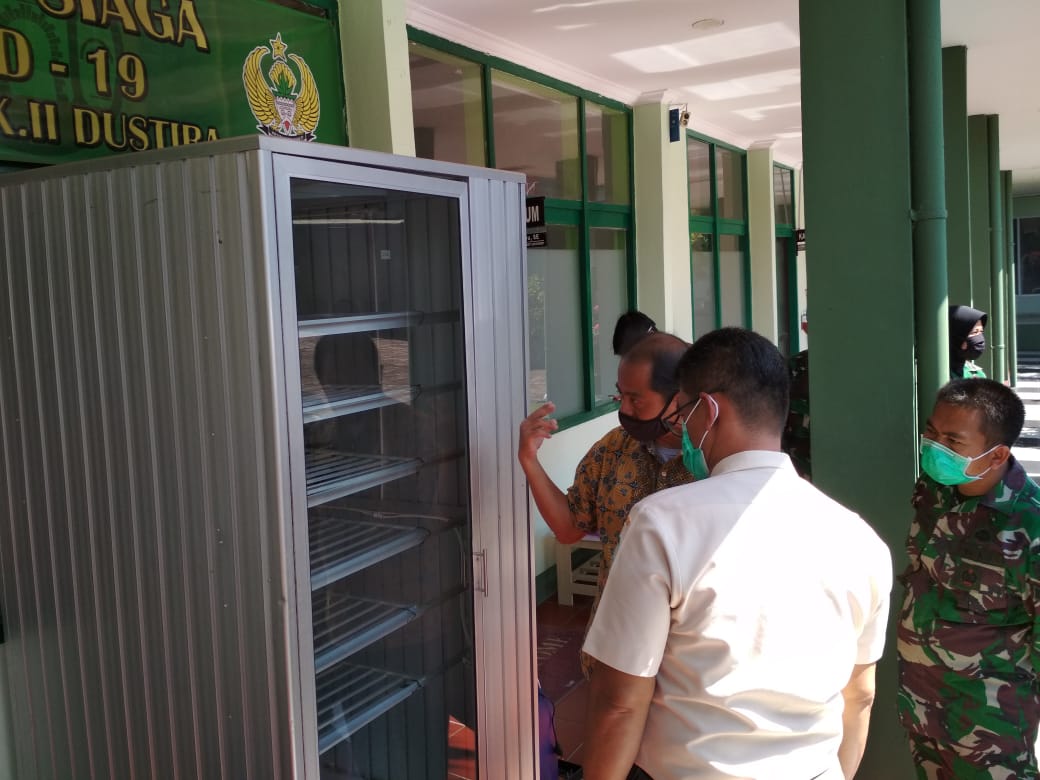 * After the handover, an explanation was immediately made of the cabin working system by Dr. Yuli to the operational staff at Dustira Hospital. (Photo: Adi Permana / Humas ITB)
However, the team from the Renewable Energy Laboratory FTMD ITB will continue to establish communication with the Dustria Hospital doctor team in the use of tools and testing of N-95 masks. "For the sterilization of masks, it has not been tested at the hospital so we will continue to communicate with Dustira Hospital to see the performance of the cabin," he said. He added, at Dustira Hospital this tool was not only used for masks, but also other medical devices such as ventilator hoses, which also needed sterilization.
Furthermore, Dr. Yuli said the next plan, the leaders of ITB also asked them to prepare two more cabins of variant one for Cibabat Hospital and Rotinsulu Pulmonary Hospital in Bandung. Both are national referral hospitals for COVID-19. Funding from the manufacture of sterilization cabins is supported by LPPM ITB.
Reporter : Adi Permana
Translator : Wendy Anastasia Yeoda 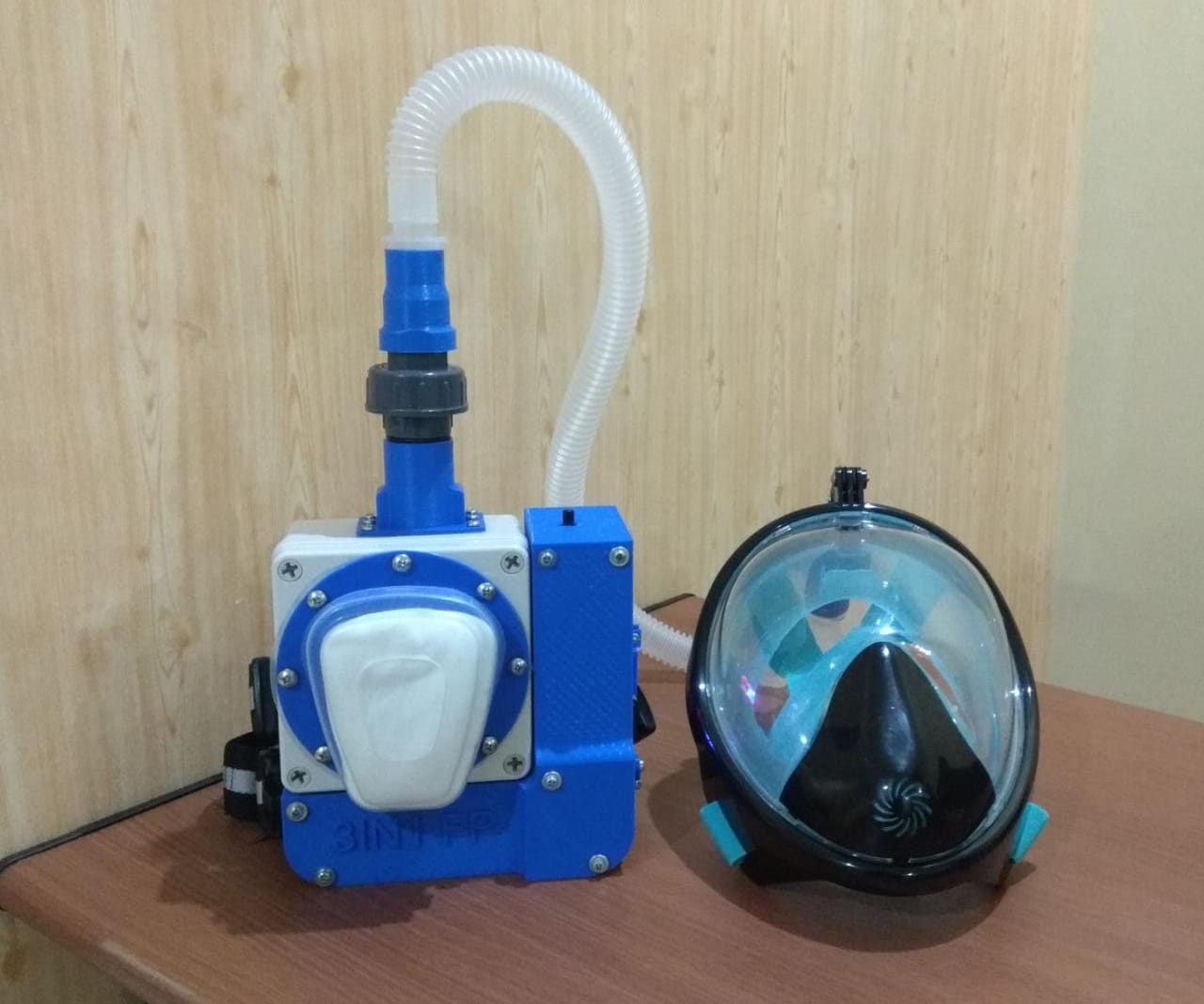 3 in 1 Face Protector, ITB’s Innovation in the Midst of COVID-19