The Urgency of Maintaining Safe and Clean Water Availability in Indonesia 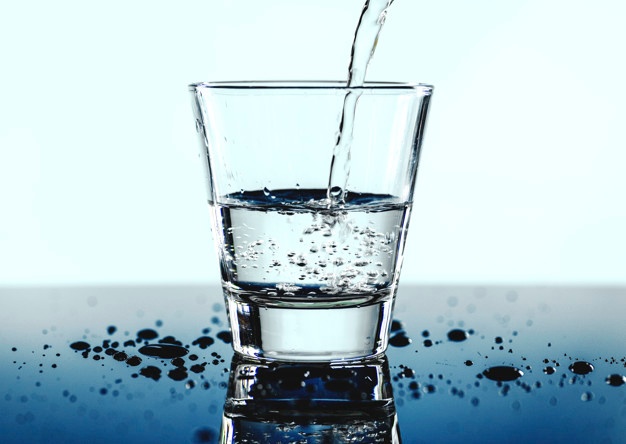 BANDUNG, itb.ac.id - Nowadays, the topic of maintaining the availability of safe and clean water in Indonesia has been raising during global climate change. Water Engineering and Wastewater Expertise Group, Faculty of Civil and Environmental Engineering held a webinar titled "The Urgency of Maintaining Safe and Clean Water Availability in Indonesia". Prof. Ir. Suprihanto PhD and Ir. Yuniati, PhD, were invited as key speakers as well as Rofiq, PhD as the moderator.

In Indonesia, the primary producer of clean water is the Regional Drinking Water Company (PDAM) with a current production capacity of 153,881 L/second. It is covering about 19-20% of Indonesia's basic needs with a production efficiency of 72.97% and leakage of 32.57%. 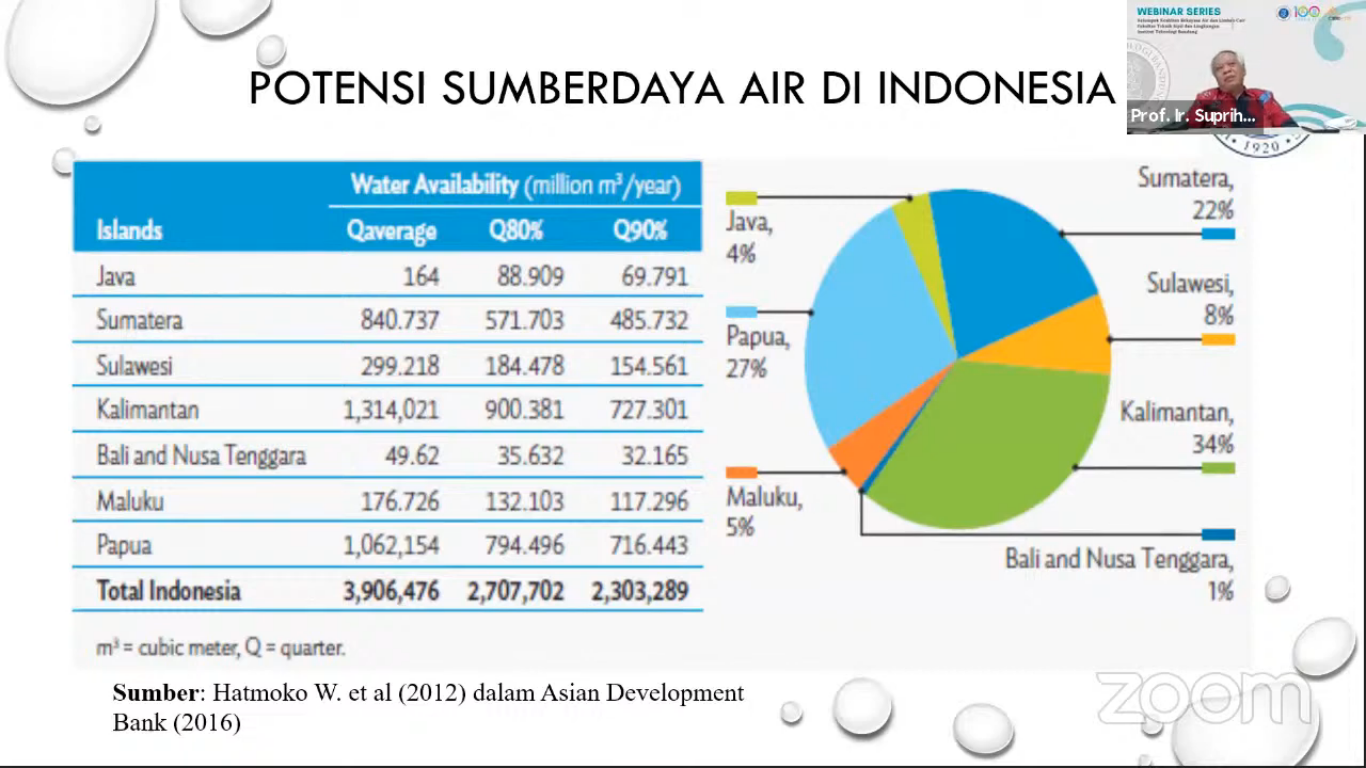 The potential water resources in Indonesia is still relatively abundant. In Java Island itself, if the government maximize the usage of alternative water resources adequately, it can even meet domestic and industrial needs. But, the fulfilment of irrigation water is quite challenging because it requires a large amount of money.

Prof. Suprihanto explained that Indonesia is also facing surface water quality problems, "Around 52% of our rivers are heavily polluted. It gives us the challenge to provide advanced water treatment technology. Therefore, groundwater as a source of raw water is certainly necessary while maintaining groundwater itself. That's because groundwater is a natural reservoir and is relatively free compared to an artificial reservoir," he explained.

"To achieve those targets by 2024, the government implemented a water channelling program to 10 million houses. Also, the government will spend IDR 77.9 trillion of the total requirement of IDR 123.5 trillion from APBN. Unluckily, with the current emergency state of the COVID-19 pandemic, there has been a reduction in APBN funds to IDR 35 trillion. Another way to fulfil the funding gap is through optimizing APBD funds, including village funds," he said.

The conditions of the COVID-19 pandemic also have an impact on increasing domestic water use. Yuniati said that there is an increase in water usage in Bandung and Cimahi from April to June. It is showed that the average usage of domestic water was 163 L/person/day, which was higher Indonesia's standard (120 L /person/day). The increase in water usage is due to increased activities at home. 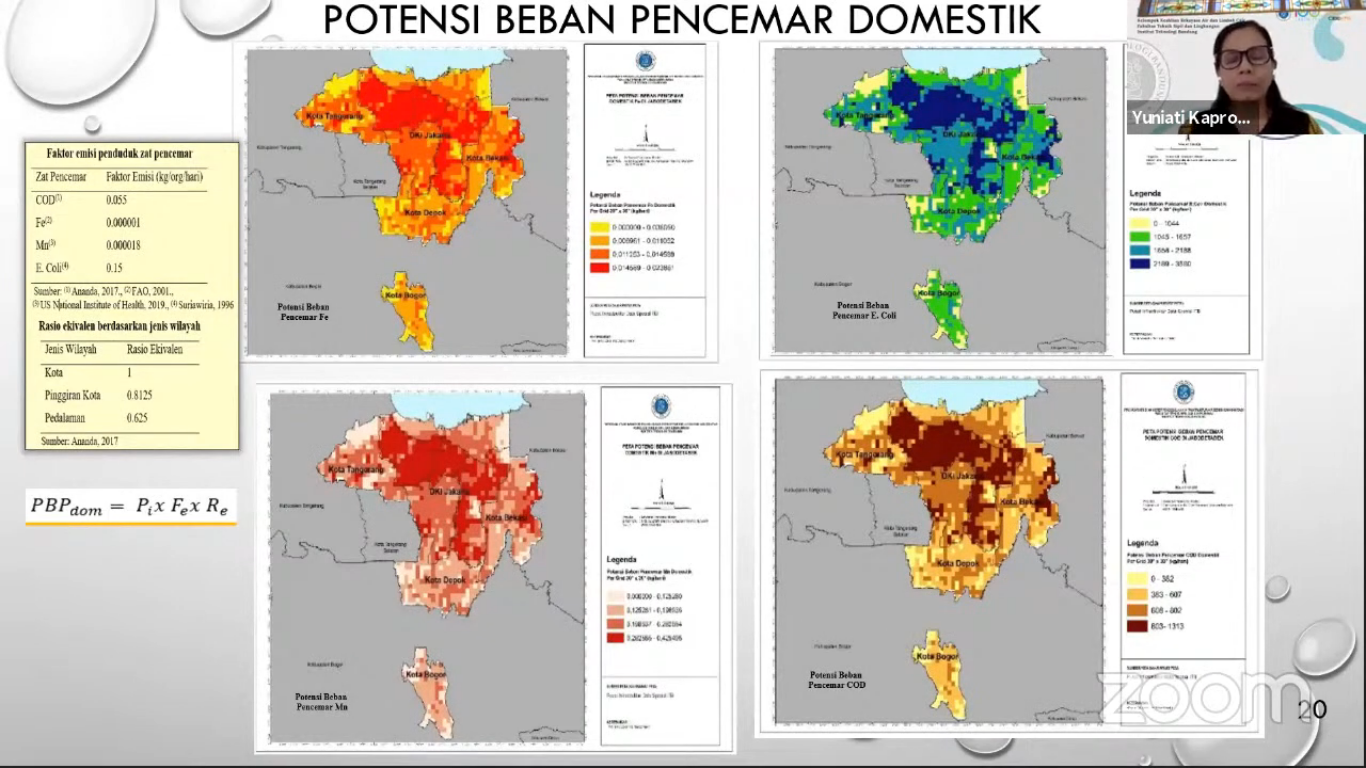 Currently, around 46% of Indonesian people use groundwater as a source of clean water. However, there is a survey that checks the content of Fe, Mn, COD, TDS and E-Coli in the 10 locations in Jakarta. The result is shown in Figure below. It indicated that the darker the colour, the higher the potential for pollution. "It is necessary to collaborate between universities and industry to develop communal-scale drinking water supply technology," she said.

Apart from technology, changes in people's behaviour are also essential. "We should educate our young generations, such as kindergarten and elementary school students to become aware and save more water," Yuniati explained. 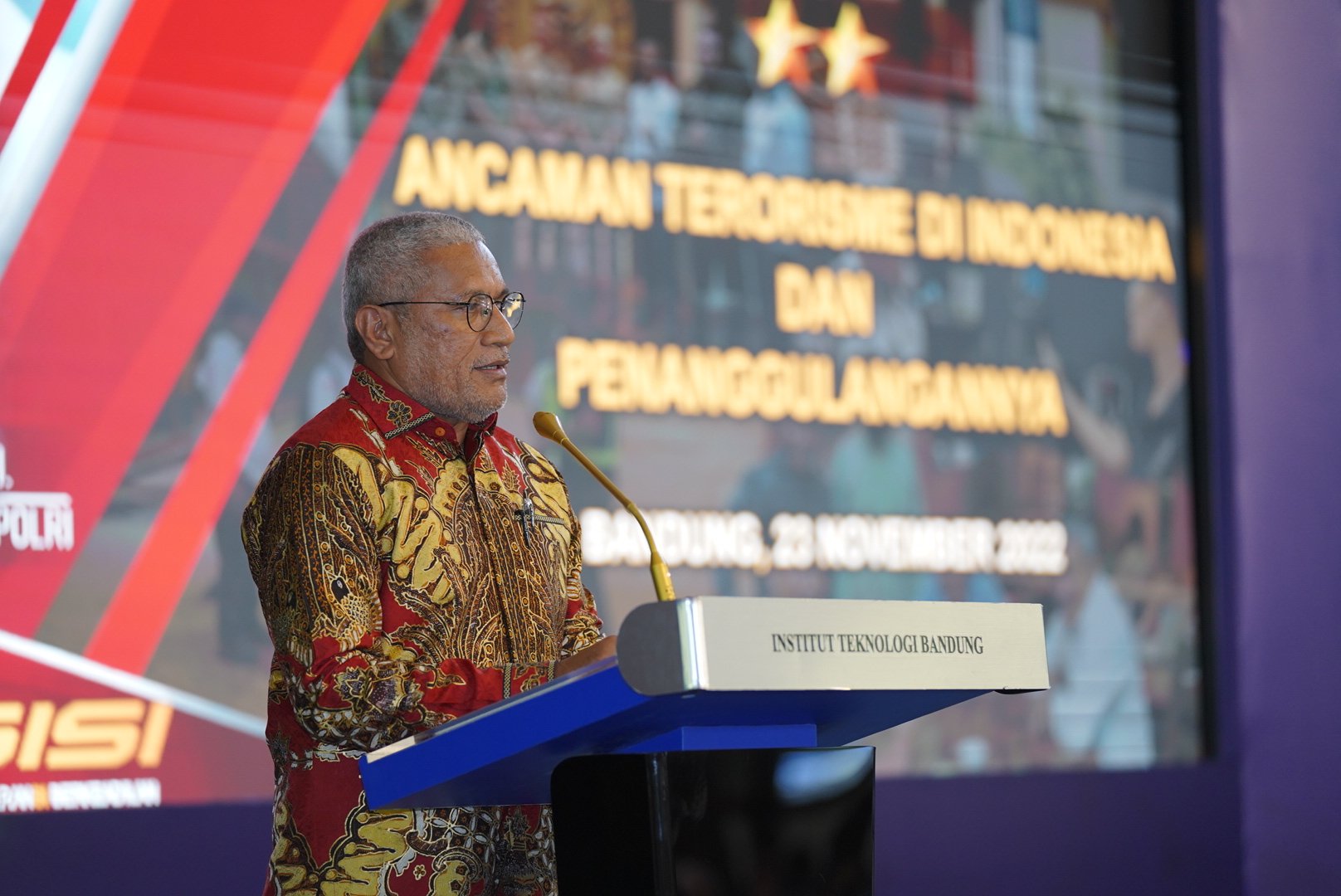 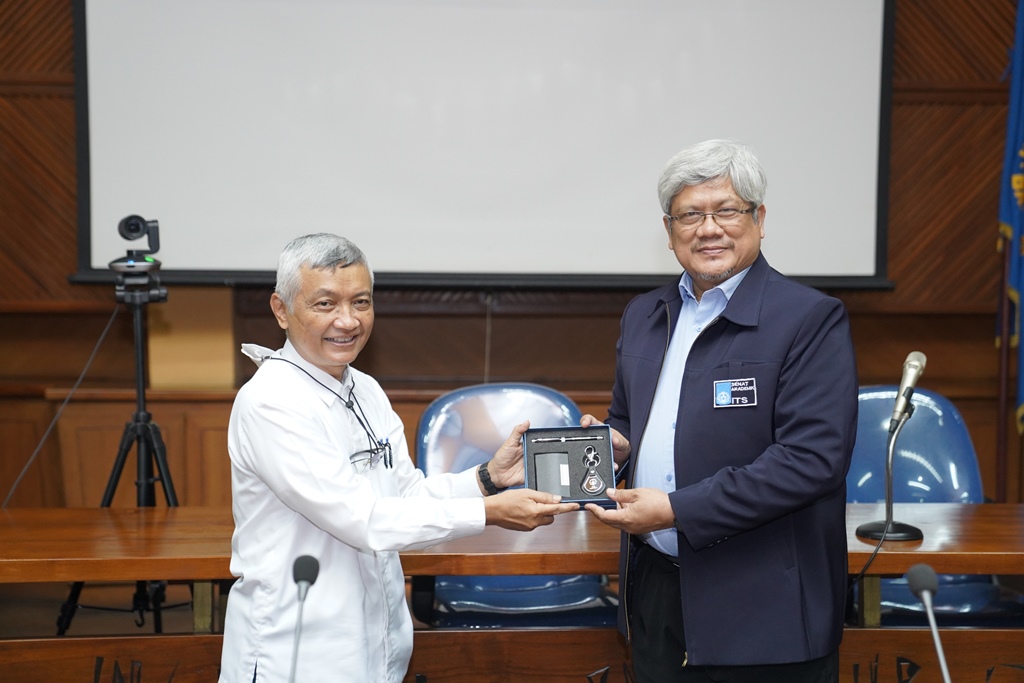 Academic Senate of ITS Discusses the Promotion Procedure of Professors 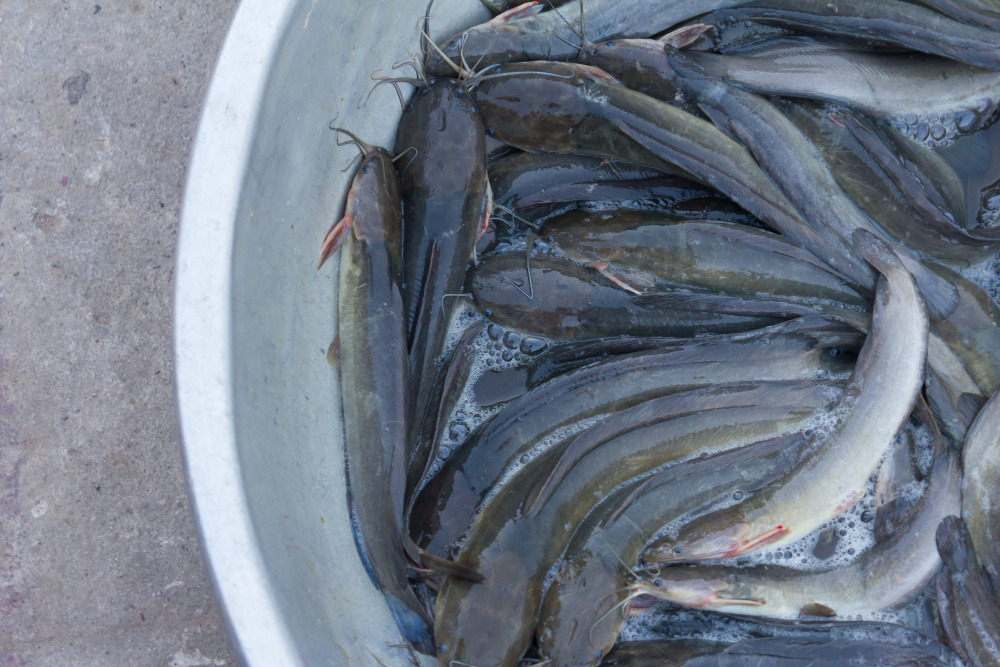 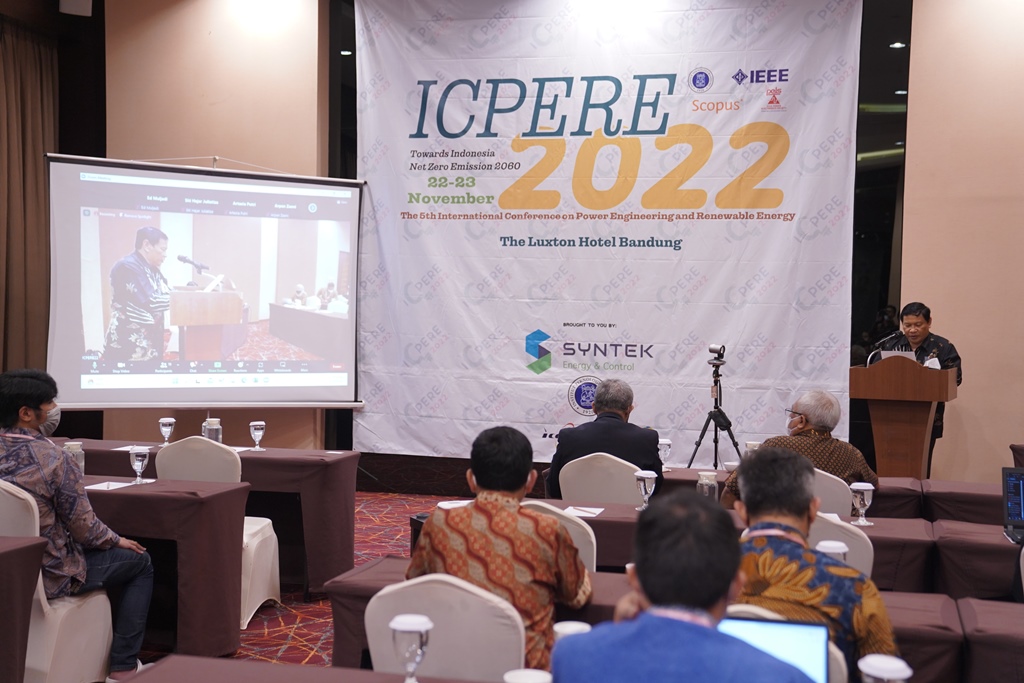 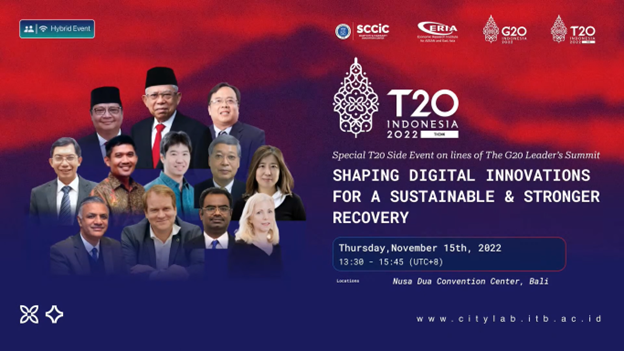 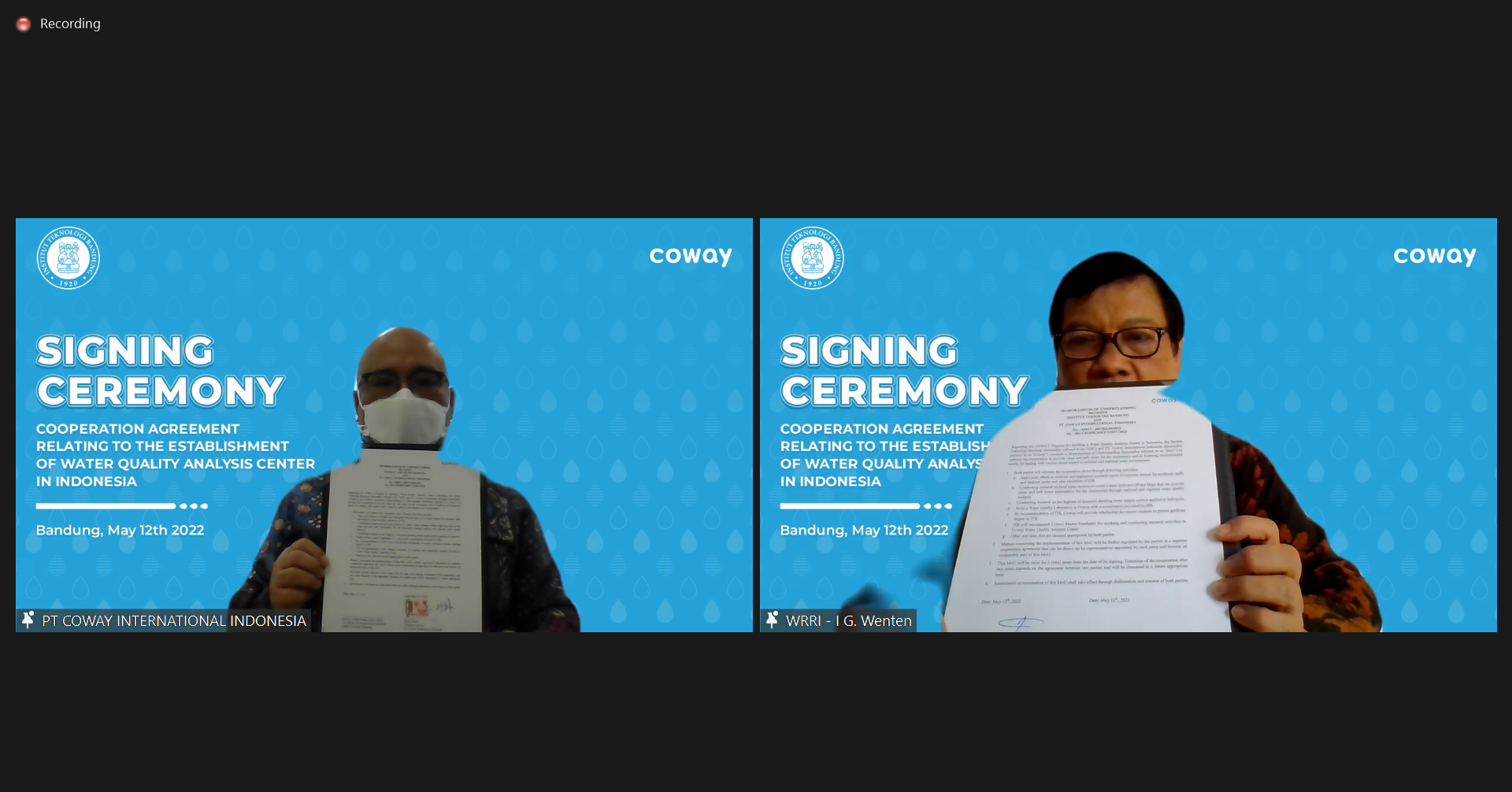 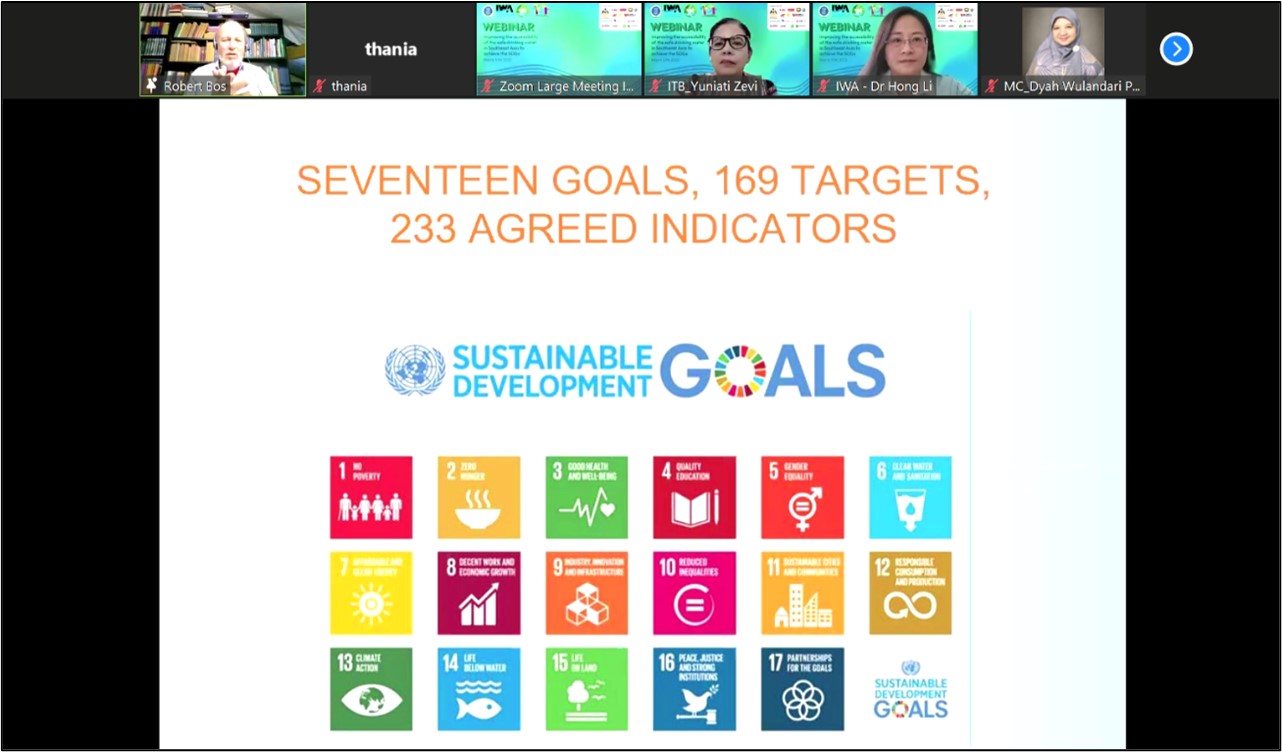