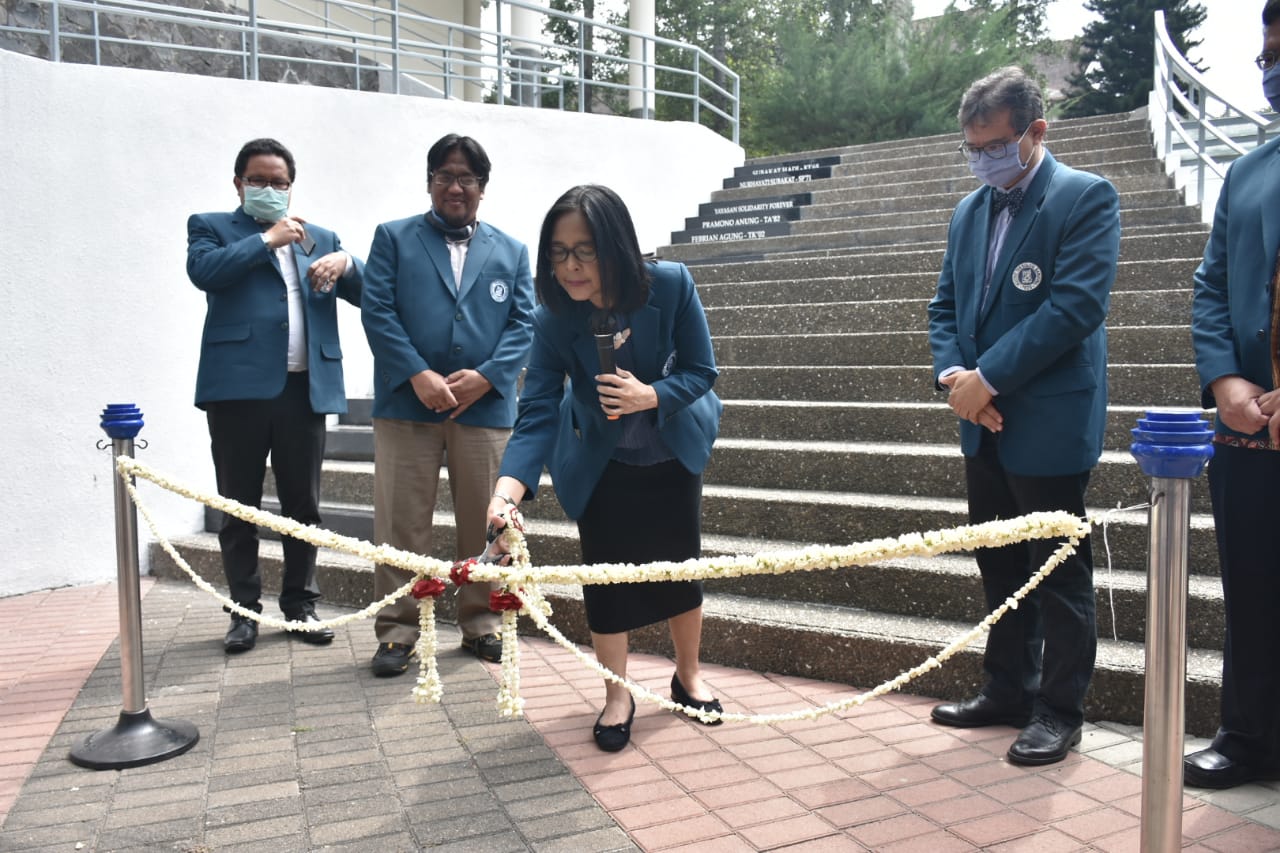 BANDUNG, itb.ac.id - The rector of the Bandung Institute of Technology Prof. Reini Wirahadikusumah, PhD, inaugurated Tile Naming on the ITB Rotunda staircases, ITB Campus, Jalan Ganesha, No. 10 Bandung, Thursday (2/7/2020). The inauguration was marked by a ribbon-cutting by Prof. Reini. The inauguration was also attended by the Secretary of the Institute Prof. Dr.-Ing. Ir. Widjaja Martokusumo, Head of BPUDL ITB Deddy Priatmodjo Koesrindarto, PhD, Director of ITB Facilities and Infrastructure Dr Herto Dwi Ariesyady, S.T., M.T., and Head of Communication and Public Relations Bureau of ITB, Dr Naomi Haswanto, M.Sn., as well as the Head of the Alumni Office Dede Koswara, A.Md., ST.   Prof. Reini said that the tile naming inauguration was part of a series of 100th Anniversary of Higher Engineering Education in Indonesia (PTTI). ITB will also hold a PTTI 100th Anniversary Open Session on July 3, 2020, at the ITB East Hall, starting at 09.00 WIB. "Tile naming is a form of reward from ITB to donors who have shown great attention and contribution to ITB," Prof. Reini said on Thursday (2/7/2020). 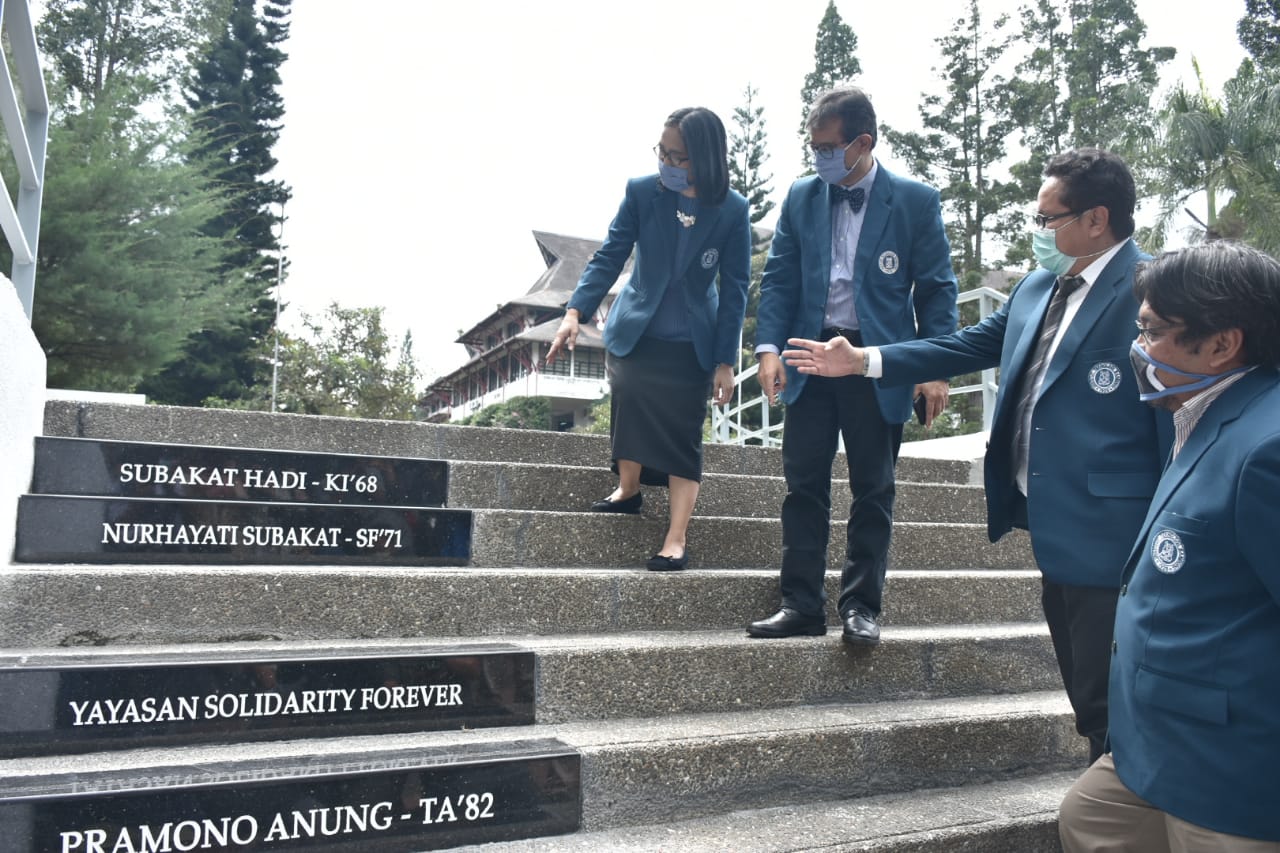 She said ITB alumni is contributed to the alma mater are not only in the form of a monetary donation, but others. However, currently, we are giving awards in the form of tile naming. "With all humility, we appreciate all of ladies and gentlemen who have contributed, whose names are listed on the tile naming," she said. To commemorate the 100th anniversary of ITB, the Board of Trustees (MWA) ITB has launched the One Century One Trillion (1A1T) program. The program is for the ITB Sustainable Fund, which is managed by BPUDL ITB. The program is supported by Salam Ganesha, which is a group of young alumni who are dedicated to carrying out campaigns, socializing fundraising carried out in creative ways using social media.

From January to March 2020, several alumni have collected Rp9.51 billion from 59 donors. ITB with Salam Ganesha initiated the installation of tile naming at the campus joint facilities by including the names of specific donors in the ITB Rotunda area. The tile naming batch-1 installation process was completed on Thursday, June 18 2020, at the cost of Rp.490 million. These costs include the costs of designing, constructing, renovating the area, and rearranging the grass around the Rotunda. 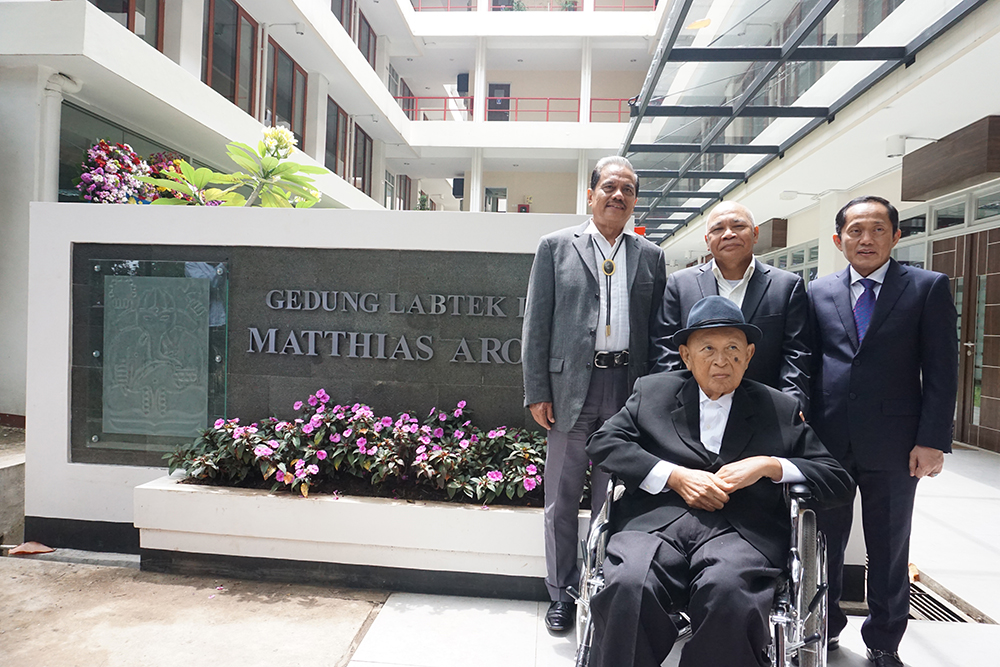