Water Repellent Reusable Hazmat, Personal Protective Equipment in the Middle of a Pandemic 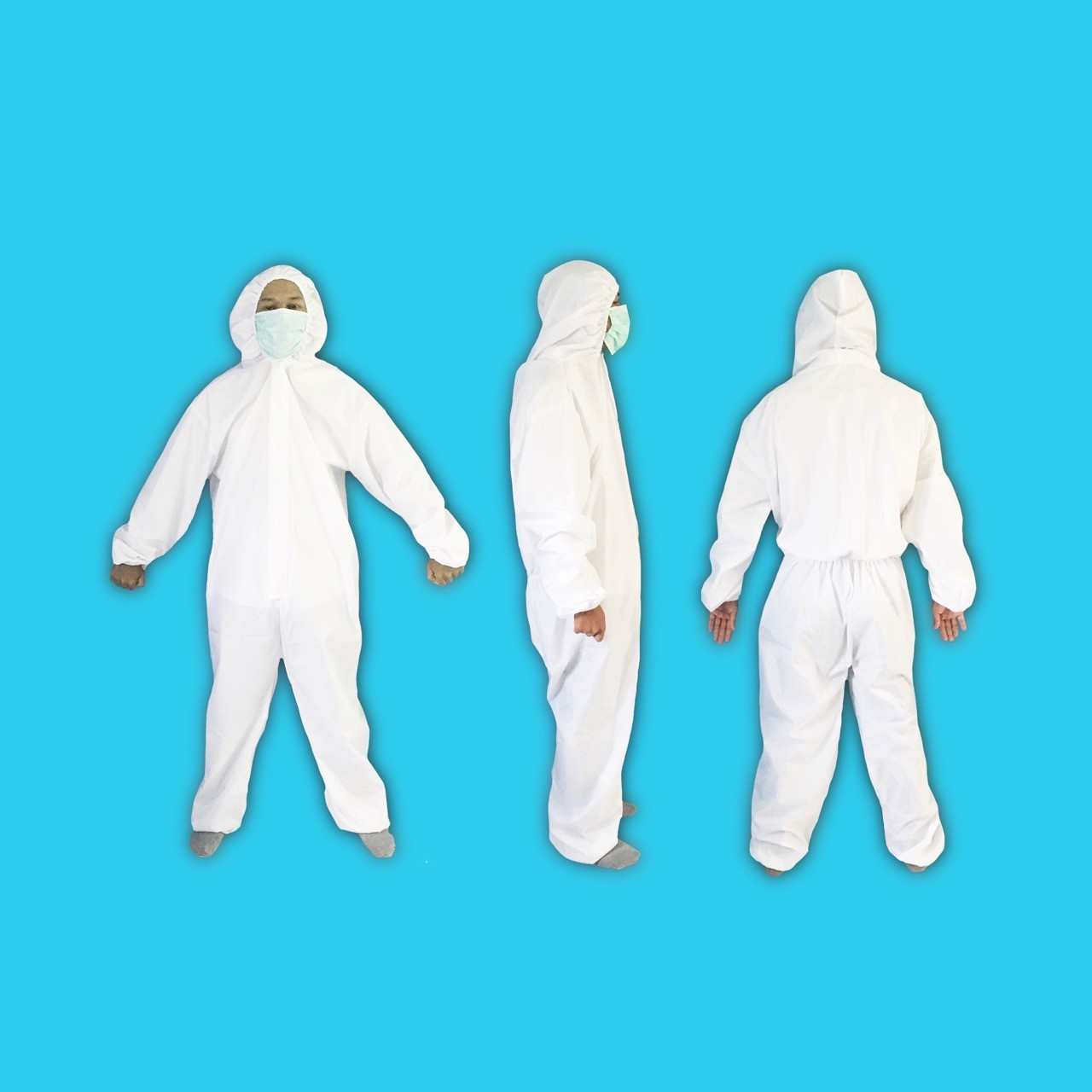 BANDUNG, itb.ac.id - As an act of community service in the midst of a COVID-19 pandemic, Institut Teknologi Bandung (ITB) has launched a personal protective equipment (PPE) under the name of Water Repellant Reusable Hazmat. As the name implies, this equipment is not disposable but avalaible to be used repeatedly by medical personnel.
The product was developed by a Lecturer of Craft Design Program, Faculty of Arts and Design (FSRD) ITB, Tyar Ratuannisa, S.Ds, M.Ds. She succeeded in designing this innovative PPE by using basic materials from taslan rinjani (a type of waterproof fabric).
The idea of this Water Repellant Reusable Hazmat is motivated by Tyar's participation in an external community. They, including Tyar, saw one of the critical conditions arising from the COVID-19 pandemic outbreak in Indonesia, namely the scarcity of the PPE for medical personnel. As we often hear, due to these problems there are still many medical personnel who use improvised personal protective equipment such as raincoats. Therefore, Tyar, together with her community, thought that this problem must be addressed as soon as possible.
Tyar believes that to solve these problems, our nation needs the participation of its people to make PPE.  So, as a lecturer in craft design, she took the initiative to create a new PPE design that is cheap and can be mass produced easily to help the nation. Her design has already considered various aspects such as ease of replication and the basic materials that can minimize the risk of exposure to COVID-19. "The material used for this hazmat is an alternative material that meet the minimum specifications for hazmat requirements. The PPE materials is based on material called as taslan rinjani – a water repellent and clear taslan – without any wax coating," said Tyar in her interview with ITB News Office reporter.
Tyar’s design of the PPE also has some advantages rather than usual PPE. Those advantages include water repellent feature, the use of clear taslan material, the use of woven polyester fabric, and doesn’t complicate breathing (breathable PPE). This product has also been tested by the Textile Testing Laboratory of the Ministry of Industry on 17th April 2020. “The result of the test indicate that the design is safe and suitable to be used as a PPE," she explained.
Related to the production process,  the PPE designed by Tyar is carried out by home industry tailors located in Cimahi City. The reason for choosing the tailors as an element of production is also influenced by socio-economic considerations. Because, during this pandemic, the home-based sewing business experienced a decline in profits due to lost orders from the customer. The production cost of the PPE is relatively cheap comapred to other types of PPE. For one-time production, the production cost is around Rp. 120.000 – Rp. 125.000.
For the distribution process, so far, it is still being carried out by the Business Management Agency and Sustainable Fund of ITB (BPUDL ITB). Until April, the distribution process was still limited to several places in Bandung. In the future, Tyar hopes that the distribution of the PPE can target medical workers outside of Bandung and even beyond Java. "It is also my hope that this Water Repellant Reusable Hazmat can benefit medical workers who currently lack PPE supplies and provide more protection, at a more affordable price, simpler materials, yet also effective and efficient," she concluded.
Reporter: Muhammad Fadlan Herdian
Translator: Ferio Brahmana