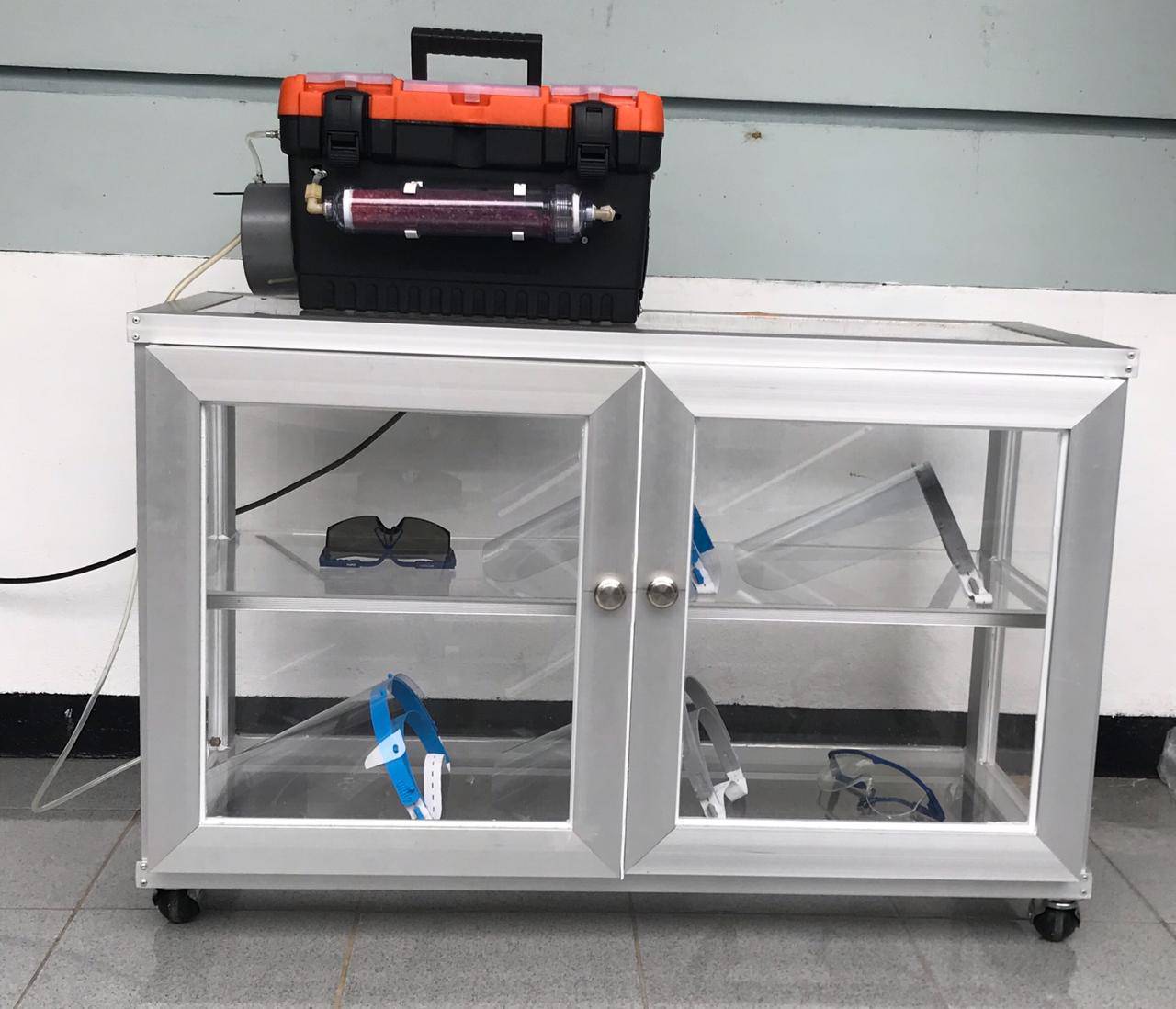 * Disinfection and pretreatment device prototypes for PPE sterilization. (Photo: Doc. Renni Suhardi)
BANDUNG, itb.ac.id - Reported several cases of doctors and medical personnel infected with COVID-19 while on duty, although they have been equipped with appropriate Personal Protective Equipment (PPE) and well usage procedures. The team analyzed the possibility of virus exposure occurring from the management of PPE used, both when interacting with patients and when they change the PPE. PPE used is divided into two types, disposable and reusable.
The ITB team developed a unit for disinfection of reusable PPE and pretreatment of disposable PPE. Conducted by the Research Chairperson, Ir. V. Sri Harjati Suhardi, Ph.D., or more familiarly called Renni Suhardi, Professor of Microbiology Study Program, School of Life Sciences and Technology ITB together with ITB lecturers and alumni, namely Intan Taufik (Biology '93, lecturer of Microbiology Study Program, Ir. Suharso Hermawan (Electrical Engineering ‘82), Ir. Eddy Soentjahjo (Chemical Engineering ‘82), and Ir. Edy Sucipto (Electrical Engineering ‘89), Ahmad Benyamin (FT82). This research was funded by the COVID-19 Program from Institute for Research and Community Service ITB.
This disinfection and pretreatment unit applies ozone gas as a disinfectant. Renni said the proposed unit will be made of two types according to its purpose, namely ozone mist for reusable PPE, such as hazard clothes, face shields and safety glasses, after usage. Whereas ozone gas for pretreatment of disposable PPE, for example masks and gloves, before disposal. "Both of them are effective tools to kill viruses within a count of seven or ten seconds according to the literature study of disinfection of microorganisms," Renni said during an interview with ITB Public Relations Reporter.
Renni explained, in its usage, ozone-based units as disinfectants do not occur in direct contact with humans, because they only need the PPE and medical personnel’s clothes. They will be stored in tightly closed containers. Consideration of ozone selection itself as basis for disinfection is that if it is used with the right concentration, it is safe for humans, and does not leave residues because ozone will be transformed back into O2 (oxygen), and resulted in no consumables material that must be purchased during the usage.
Now the research is already in the prototype stage and ready to be launched for mass production. It is expected that this PPE cleaning and sterilization container unit will be an alternative solution to the problem of protecting medical personnel and hospital management.
Reporter: Salsabila Mayang
Translator: Salsabila Mayang

Water Repellent Reusable Hazmat, Personal Protective Equipment in the Middle of a Pandemic 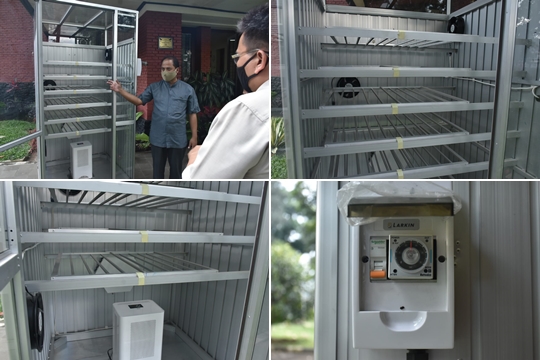