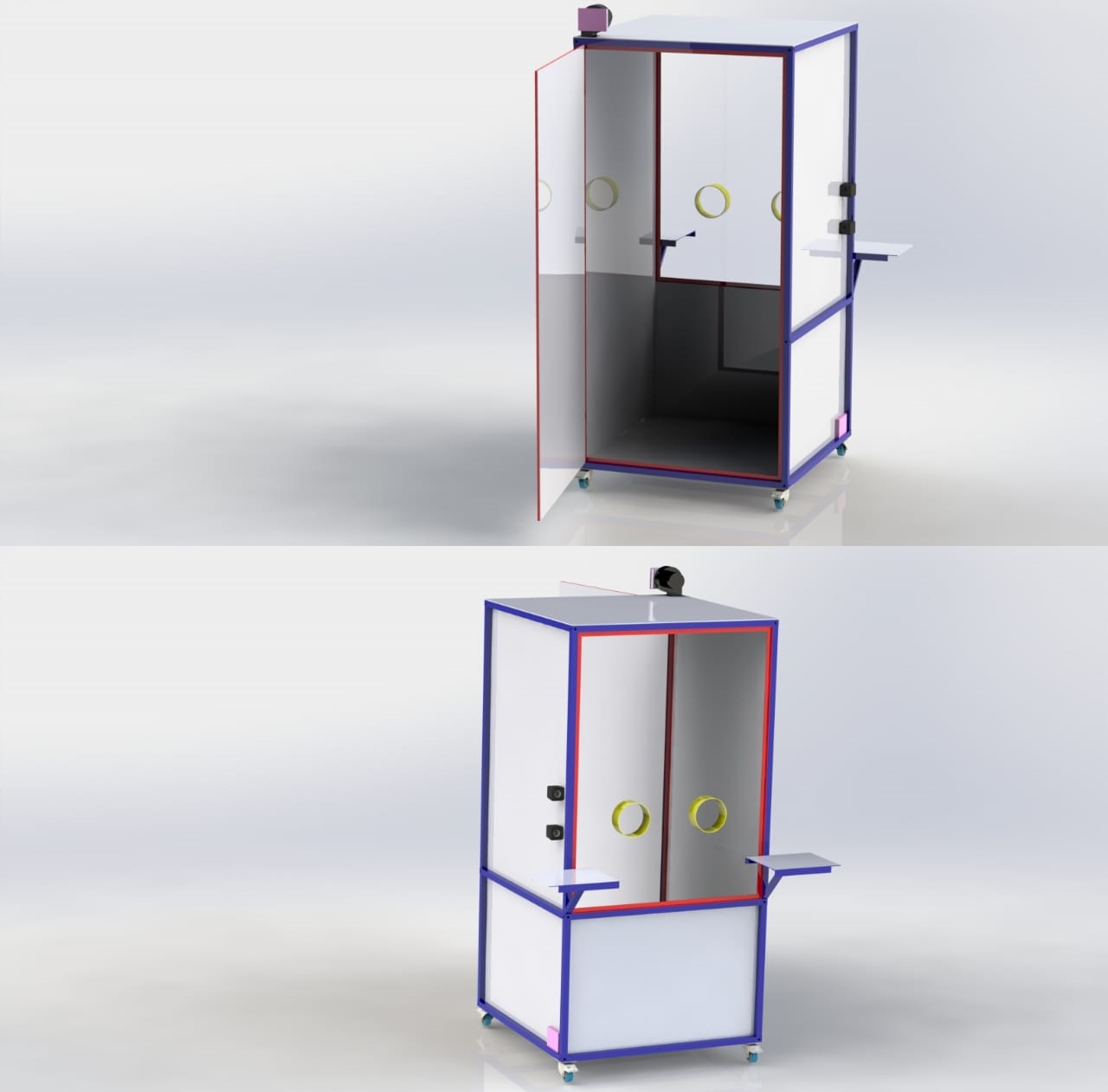 BANDUNG, itb.ac.id—The Mechanical Student Association (bahasa: Himpunan Mahasiswa Mesin) of Institut Teknologi Bandung succeeded in producing a Swab Chamber or Test Swab Room to maintain the safety of medical personnel in the process of detecting COVID-19. Swab Chamber is a cubicle that designed to separate patients from medical personnel to be safe and not infected in a series of swab tests.
Arya Dipajaya as Chairman of the ITB Mechanical Engineering Student Association revealed that the Swab Chamber was made to be airtight and use a positive pressure system, meaning that the air from outside could not enter except from the intake (reserve) that had been provided. In these devices, medical personnel can enter the cubicle and put their hands in latex gloves to carry out swab tests for patients outside the cubicle. "For the communication itself, this booth is equipped with two-way speaker and mic communication devices between medical personnel and patients," he said.

The team, which consisted of HMM ITB members from the 2016, 2017 and 2018 batches, was also mentored by ITB Faculty of Mechanical and Aerospace Engineering (FTMD) lecturer, Dr. Indria Herman. In addition, Arya explained, HMM ITB members also worked with a team of doctors in order to know the exact needs in the field. They also involve alumni who contribute both ideas and materially.
Furthermore Arya said, the process of making this Swab Chamber was based on the desire of students from their respective homes to help medical workers who design the project directly in the field, therefore they took the initiative to ask the needs of medical staff, and this Swab Chamber was chosen. HMM ITB hopes to become a pioneer who initiates the movement of young generation, especially students in helping the handling of COVID-19.
"We started with an interview with a team of doctors so that we know what their needs are in the field regarding the implementation of the swab test. After that, we entered the design stage, which was carried out from our respective homes. Then the prototyping stage, the results of which we have submitted for review by a team of doctors some time ago. Currently it is in the stage of preparing for mass production, "explained Arya to ITB Public Relations reporter. 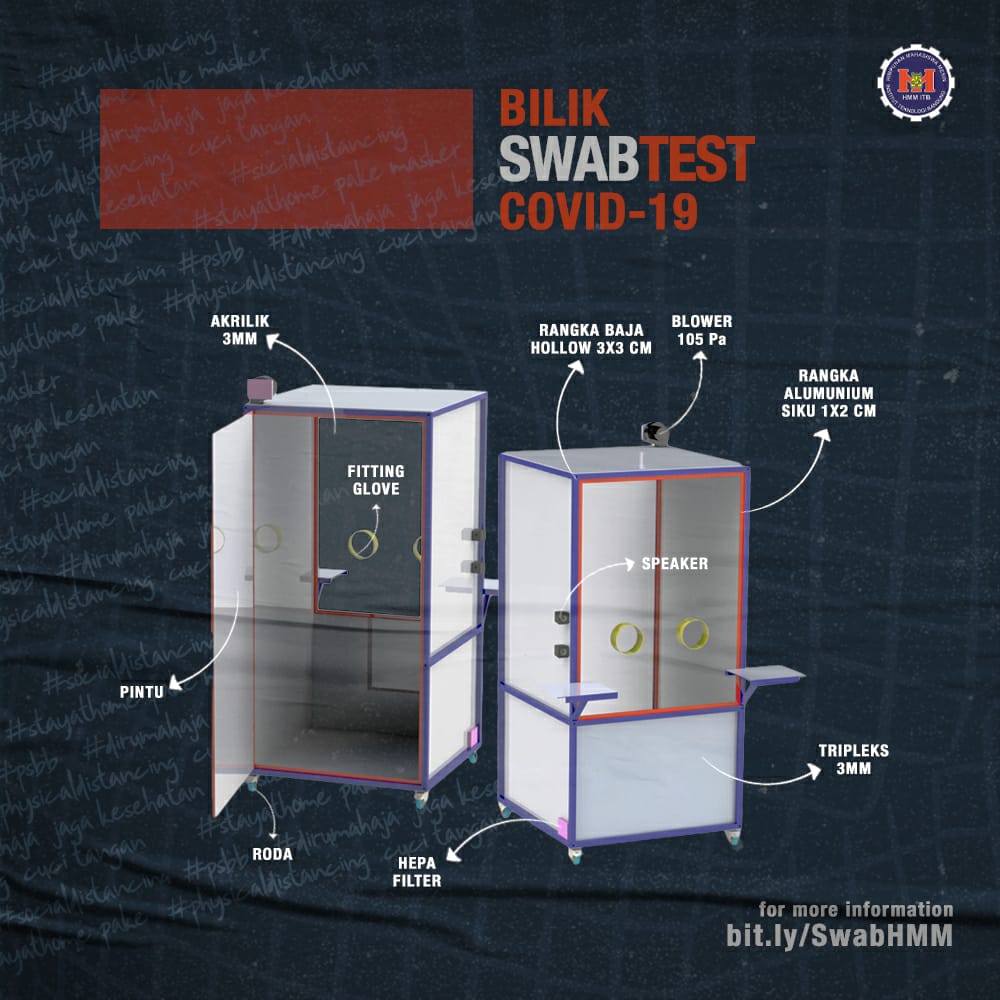 Due to the condition of the COVID-19 pandemic, product manufacturing activities were mostly carried out in their respective homes except for the need to check the progress at the workshop during production. The HMM ITB team is targeting to create 12 units and will be distributed to three COVID-19 referral hospitals which are: Hasan Sadikin Hospital, Cibabat Hospital, Rotinsulu Pulmonary Hospital, and Al Ihsan Hospital each with three units.
Arya said that so far, the Swab Chamber needed funds of 4.2 million / unit. This work process can take place with funding from donors. HMM ITB itself acknowledged that the difficulties experienced in the production of tools were from the financial aspect. For this reason, they hope that more people will be encouraged to help by donating.
Reporter: Salsabila Tantri Ayu
Translator: M. Akbar Selamat