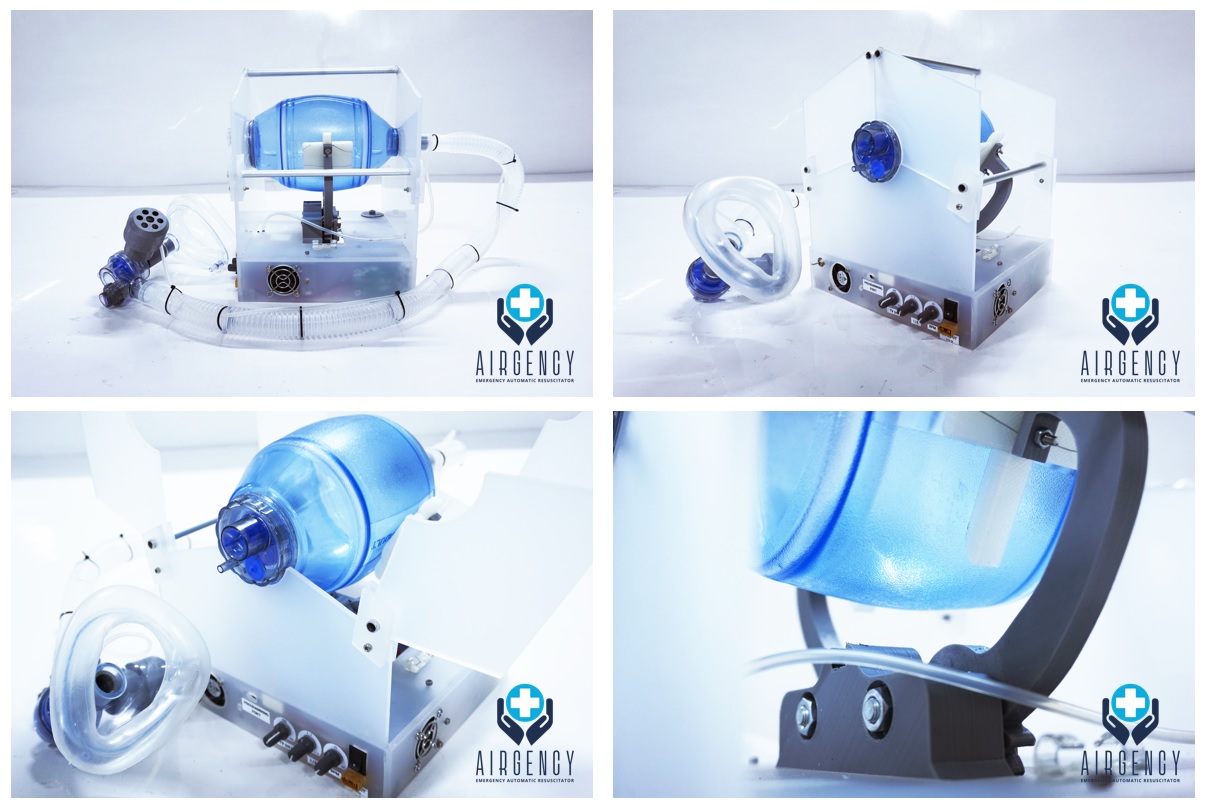 BANDUNG, itb.ac.id - Bandung Institute of Technology Lecturer Team developed Airgency: Emergency Automatic Bag-Ventilator, a portable ventilator to treat COVID-19 patients using ambu-bag technology (air bags). Airgency is an innovation that has been developed as a treatment for COVID-19 patients who have been in most critical stage where has experienced lung dysfunction which causes unability to breathe and need an automatic breathing apparatus.
The ambu-bag technology was chosen because it is cheaper and can be produced in mass scale.  Compared with hundreds of millions of rupiah ventilators, ambu-bag ventilators cost millions of rupiah.
The personnel of ITB Lecturer Team that developed Airgency are Christian Reyner MT, Dr. Khairul Ummah, Dr. Yazdi I. Jenie, Dr. Djarot Widagdo from FTMD ITB, and Muhammad Ihsan from FSRD ITB. The team also cooperates with a company called PT. BETA (Bentara Tabang Nusantara) for design process and doctors from Padjadjaran University and Hasan Sadikin Hospital.
According to Dr. Yazdi,  a ventilator with ambu-bag actually has been used in RSHS but it is manually operated. A medical staff must press ambu-bag continuously, increasing fatigue and COVID-19 exposure possibility. Therefore, Airgency is a ventilator with an automatic ambu-bag. It can be intended for patients who have to move from room to room.
There are three main settings that works in Airgency; tidal volume, ratio of inhale and exhale, and pressure settings. There are also a safety feature that can detect mechanical failures. Airgency is also equipped with a battery back-up feature. If there’s an electricity short circuit occurs, the power source will be immediately shitfted to battery mode.
Airgency is also equipped with a pressure sensor system and  a respiratory detection feature. There are two mode that available on Airgency; default mode (Airgency will work as automatic resuscitators) and Assisted Breathing Mode.
Furthermore, Christian Reyner added, the design process of Airgency design was carried out within 1-2 weeks. A prototype is made 10-20 times to obtain the most appropriate condition. During Airgency design process, ITB lecturer team also coordinated with doctors from RSHS. The most appropriate prototype from Airgency is tested and assisted by LPIK. Right now, Airgency is in certification process by BFPK (Health Facilities Safety Center) Ministry of Health Republic of Indonesia, a team of doctors from Padjadjaran University, and Hasan Sadikin Hospital Bandung for 1-2 weeks. "After certification process, we will produce 10-20 items of Airgency, maybe it will take a week," he said. 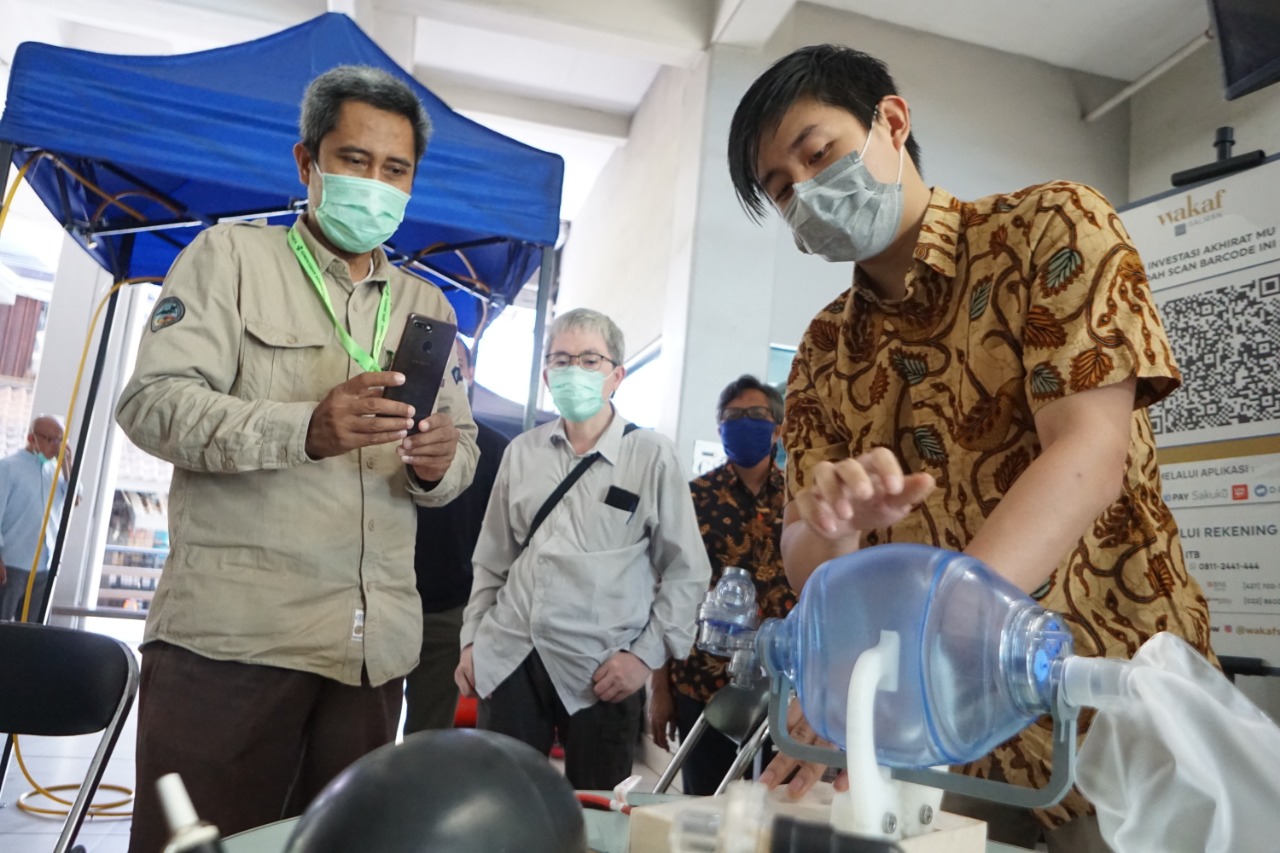 After certification process, Airgency will be clinically tested at Hasan Sadikin Hospital. After that, Airgency will be produced and distributed to hospitals in Bandung and surrounding areas. Also, it will be distributed in areas that experiencing shortage of medical equipment amid COVID-19.
Reporter: Zalza Puspita Arum
Translator: Billy Akbar Prabowo