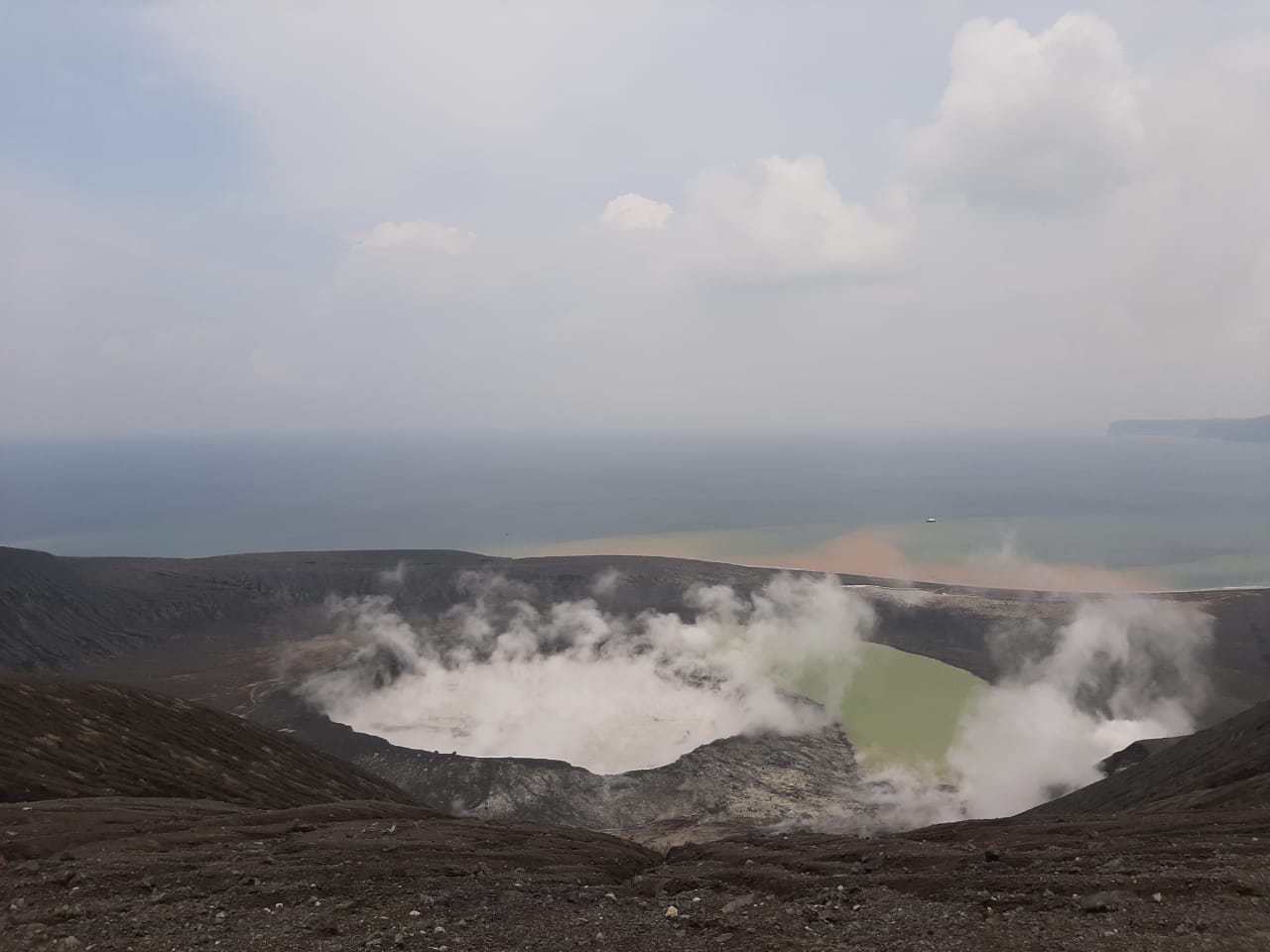 BANDUNG, itb.ac.id - Anak Krakatau Volcano in Lampung erupted twice on Friday, April 10, 2020, at 21:58 and 22:35 Western Indonesia Time. Anak Krakatau spewed out ash and smoke approximately 500 meters high. People assumed the eruption has a connection with the loud explosion sound that can be heard around Jakarta, Bogor and Depok, on April 11, 2020.
A volcanologist from Geological Engineering Department, Faculty of Earth Sciences and Technology, Bandung Institute of Technology (ITB), Dr. Eng. Mirzam Abdurrachman, S.T., M.T., explained that the exact source of the loud explosion sound was unknown. According to him, the loud explosion sound may from one of volcano’s activities. When magma get transferred from the magma chamber to a shallower place,  the magma chamber is collapsed, resulting big vibrations in the surrounding area. This phenomenon, which is often called an underground explosion, sometimes followed by a volcanic eruption. "But first it still needs to be reviewed with the earthquake data, changes in temperature, and released gas contain from Anak Krakatau and volcanoes around Jabodetabek," he said.
His hypothesis about the collapse of the magma chamber is based on similar events that happened in three volcanoes in three countries; Miyakejima Volcano, Japan (2000), Mount Piton de La Fournaise Reunion Island (2007), and volcanoes in Mayotte Islands (2018). Dr Mirzam said that his hypothesis or allegation still needs to be proved.
Anak Krakatau Volcano is Located in Sunda Strait, around Panjang, Sertung, and Rakata Island. Dr. Mirzam said that the eruption type that happened was a strombolian eruption (type of volcanic eruption with relatively mild blasts). Based on Volcanic Explosivity Index (VEI) data, Anak Krakatau has a VEI value of 2-3. This range is categorized as low to moderate explosion.
Dr. Mirzam Abdurrachman also explained that on December 29, 1927, Anak Krakatau emerged from the caldera formed in 1883 by the explosive volcanic eruption that destroyed the island of Krakatau. "Since 1927, Gunung Anak Krakatau is growing," he said. Anak Krakatau is the remnant of Ancient Krakatau Volcano eruption that lasted from the 5th century until the big last eruption in 1883. 1883 eruption of Ancient Krakatau that classified as the deadliest and most destructive volcanic events in recorded history, the island of Krakatoa and its surrounding archipelago were destroyed as it collapsed into a caldera and only left Rakata, Panjang and Sertung Island.
Almost every year after 1883, Anak Krakatau shows its volcanic activities. The eruption pattern is now recorded since 2008 and according to it, explosive and effusion eruptions may happen every 2 years. Right now, the volcanic activity of Anak Krakatau still remains at Level II (Waspada).
Reporter : Adi Permana
Translator : Billy Akbar Prabowo

Discussion on Volcanology and 2018 Tsunami of Anak Krakatau 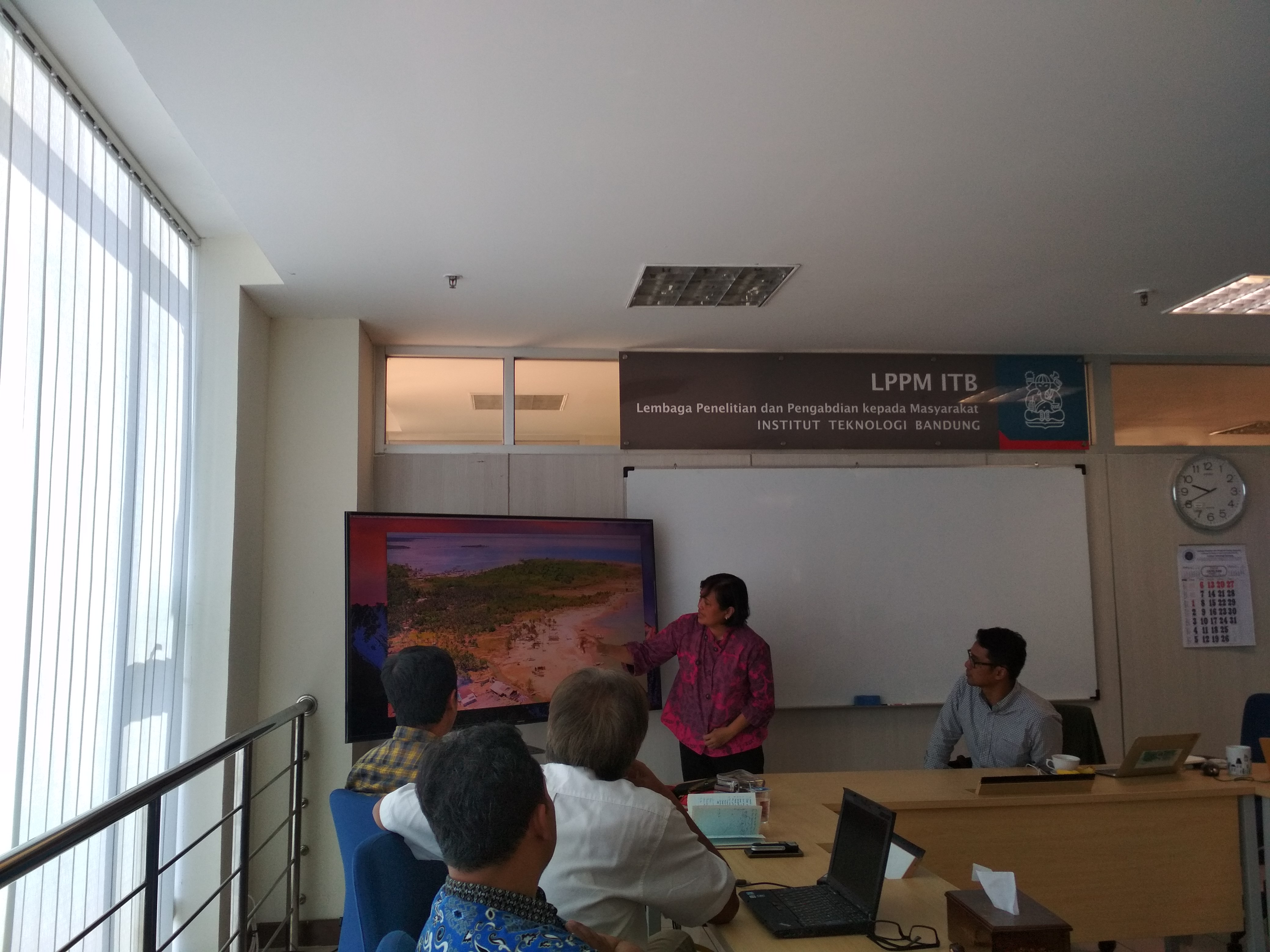 Is the Eruption of Mount Soputan Related to Earthquake in Palu?