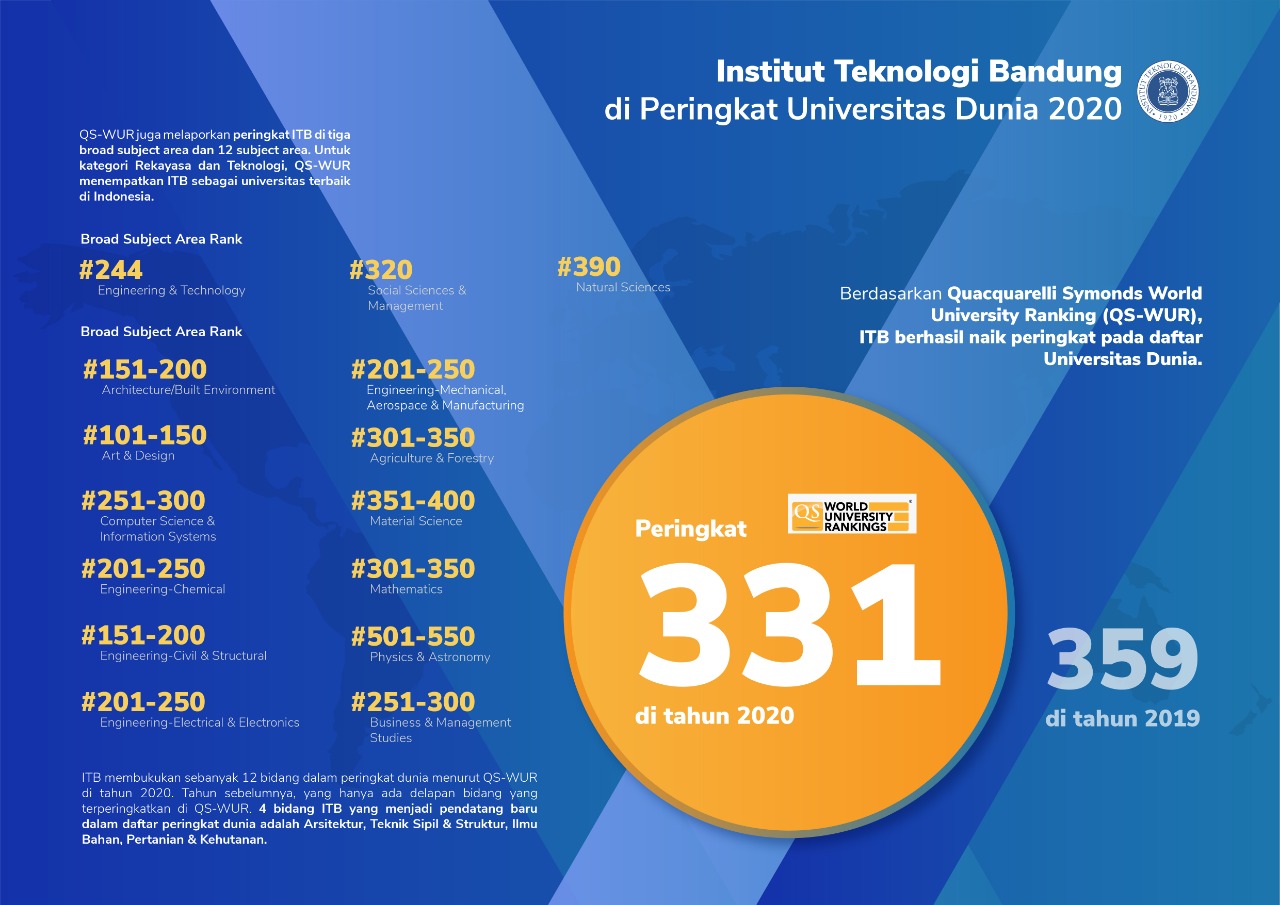 BANDUNG, itb.ac.id – Quacquarelli Symonds World University Rankings or QS WUR has recently released the QS World University Rankings 2020. This year, ITB has managed to reach number 331 at the World University Rankings, an increase from placing at number 359 in 2019.
Aside from that, in its 2020 release, QS WUR also placed ITB as the best university in Indonesia for 2 categories, which are Natural Sciences and Engineering and Technology. This placement is set based on the QS WUR report that ranked ITB in 3 broad subject areas and 12 specific subject areas. The broad subject area of Natural Sciences at ITB and 5 other specific areas are the only ones from Indonesia that are ranked in QS WUR.
Head of Quality Assurance Unit (SPM) ITB, Poerbandono, said that the rise of ITB rank at QS WUR indicates that ITB has shown a monumental progress based on assessments done by QS WUR, the world university ranking institution. “This increase in rankings can also be attributed to the increasing ranks form other universities as well” he said to ITB Public Relations Office on Tuesday (7/4/2020).
Poerbandono also explained that in contrast to other rating agencies, the ranking indicator for a university at QS WUR is based on facts and opinions. Each aspect contributes to half of the ranking placement. The facts used are based on internationalization data, such as quotations, lecturer per student ratio, international student ratio, and international lecturer ratio. “Meanwhile, opinions are based on survey results from questionnaires that are sent to employers of the university graduates and academic colleagues who will then represent a university. The indicator which has the biggest share in the ranking placement is academic reputation, which is then followed by quotations and  lecturer per student ratio,” he explained.
Meanwhile, based on the report from Prof. Bambang Riyanto Trilaksono, ITB is ranked on 12 specific subject areas for the QS World University Rankings 2020. Out of these 12 subject areas, 10 of them, categorized in the broad subject area of Natural Sciences and Engineering and Technology, successfully placed ITB at first place in Indonesia. 5 of these subject areas, which are Art and Design, Civil and Structural Engineering, Material Sciences, Mathematics, and Physics and Astronomy, are the only ones from Indonesia. “Last year, only 8 subject areas at ITB is ranked at the QS WUR. Four subject areas, which are Architecture, Civil and Structural Engineering, Material Sciences, and Agriculture and Forestry, are newcomers from ITB for the QS WUR,” Prof. Bambang said.
Poerbandono also said that right now, ITB and its board of directors (BOD) is focused on fixing placement of ITB at world university rankings with programs that have been prepared by each related unit.
Reporter: Adi Permana
Translator: Verdyllan Agusta 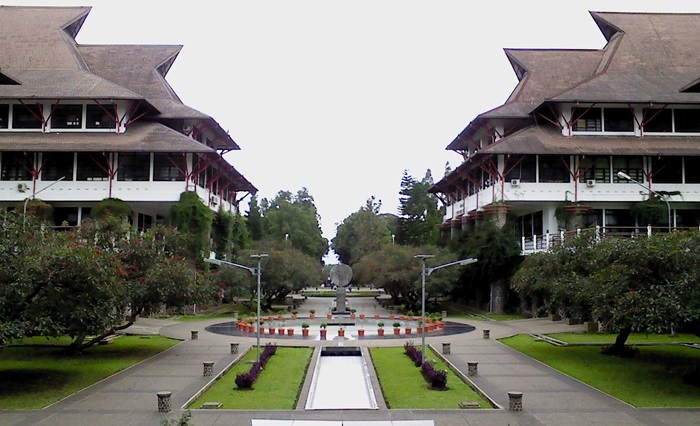 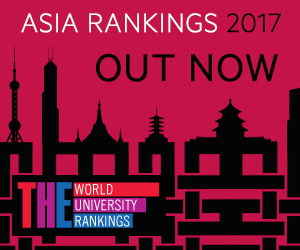