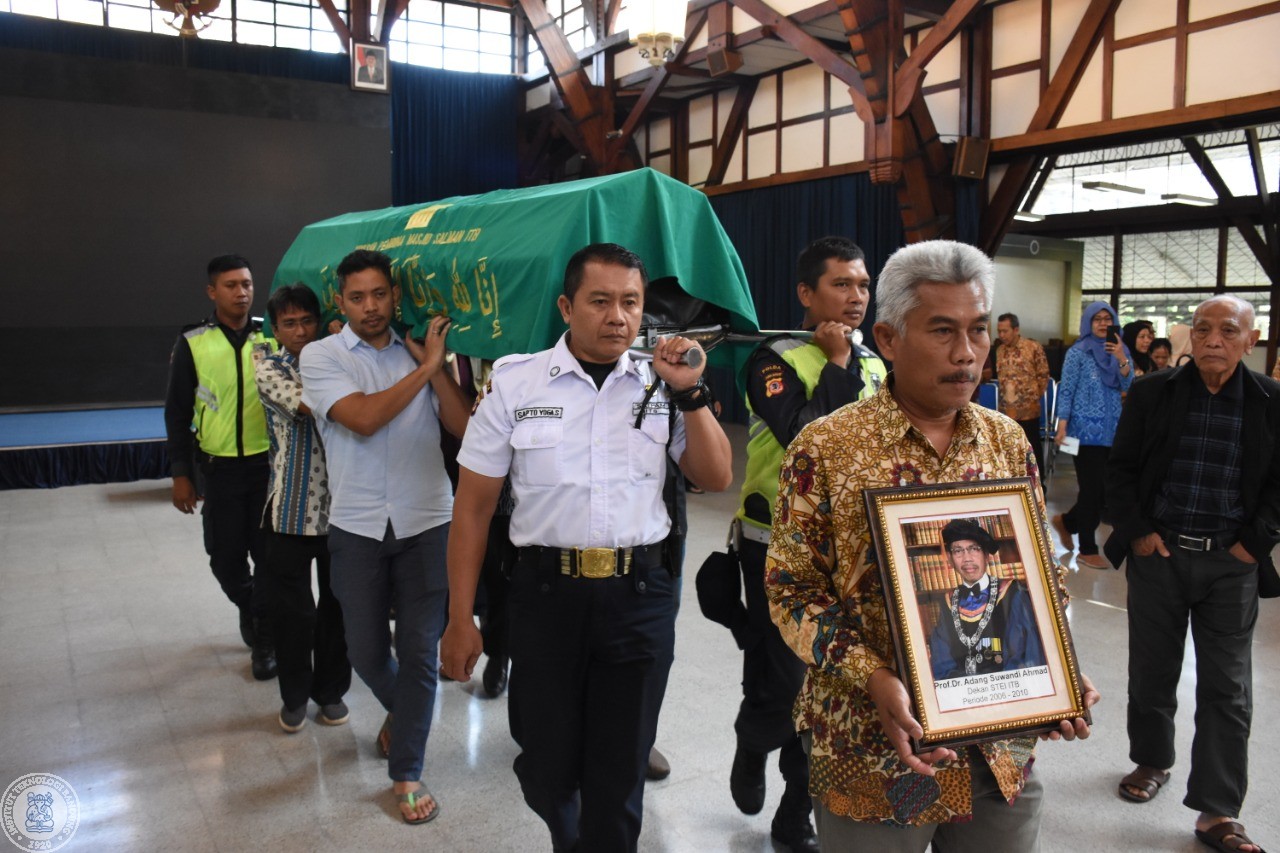 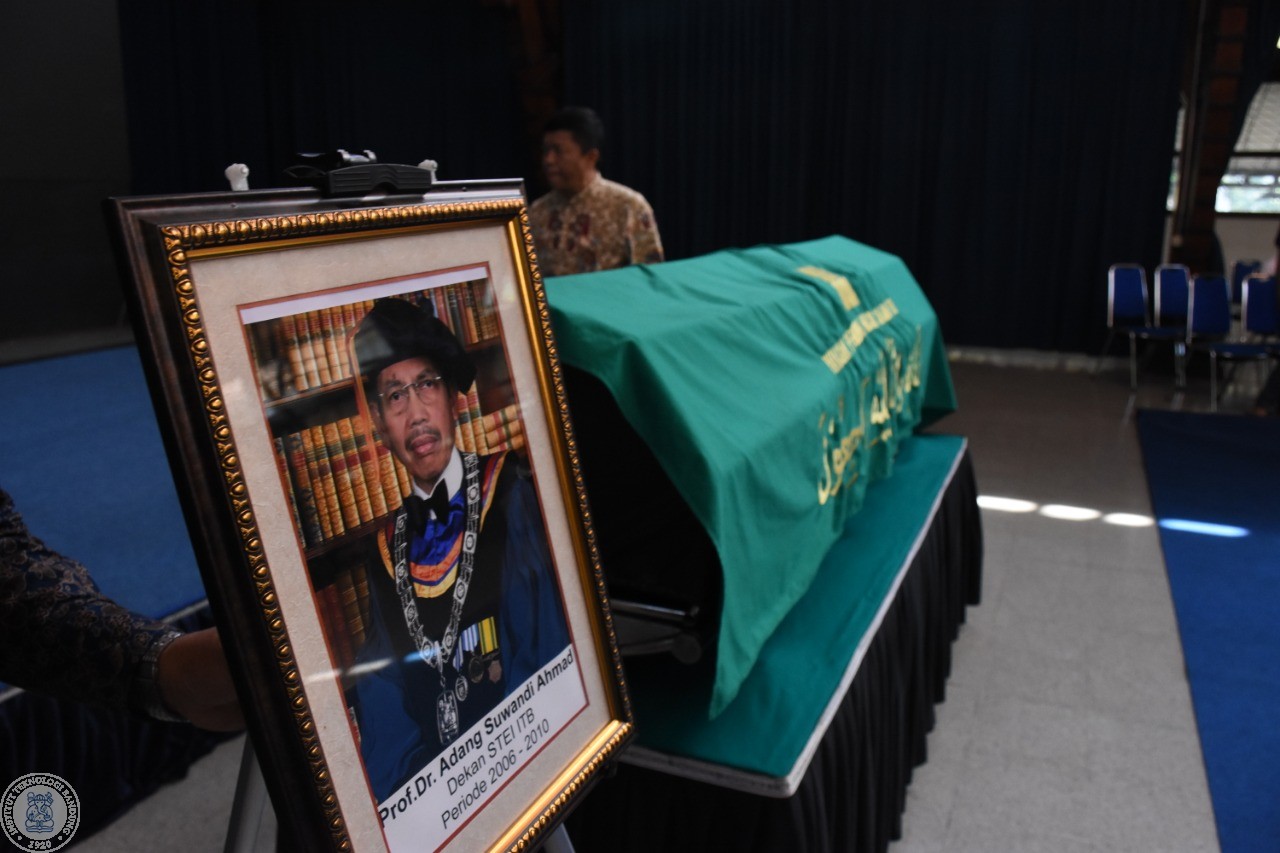 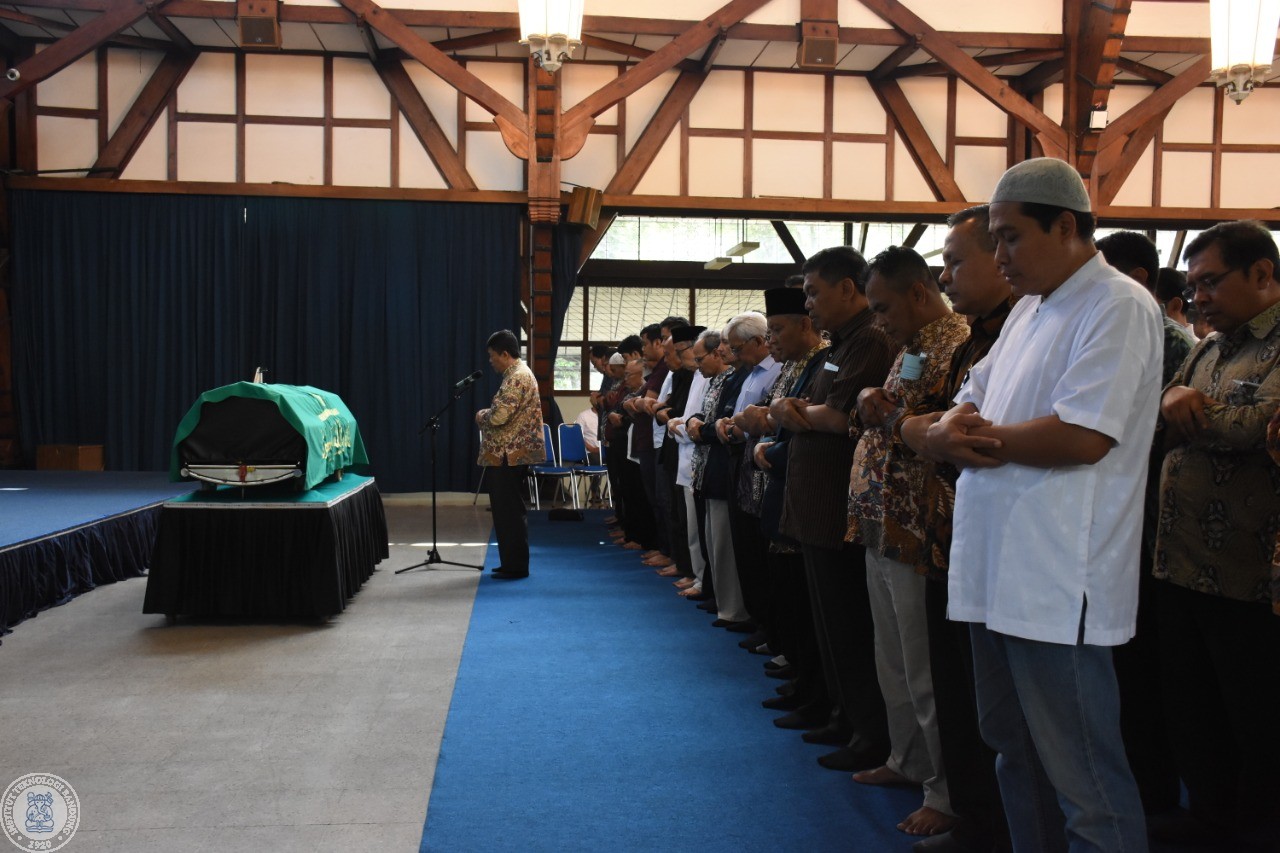 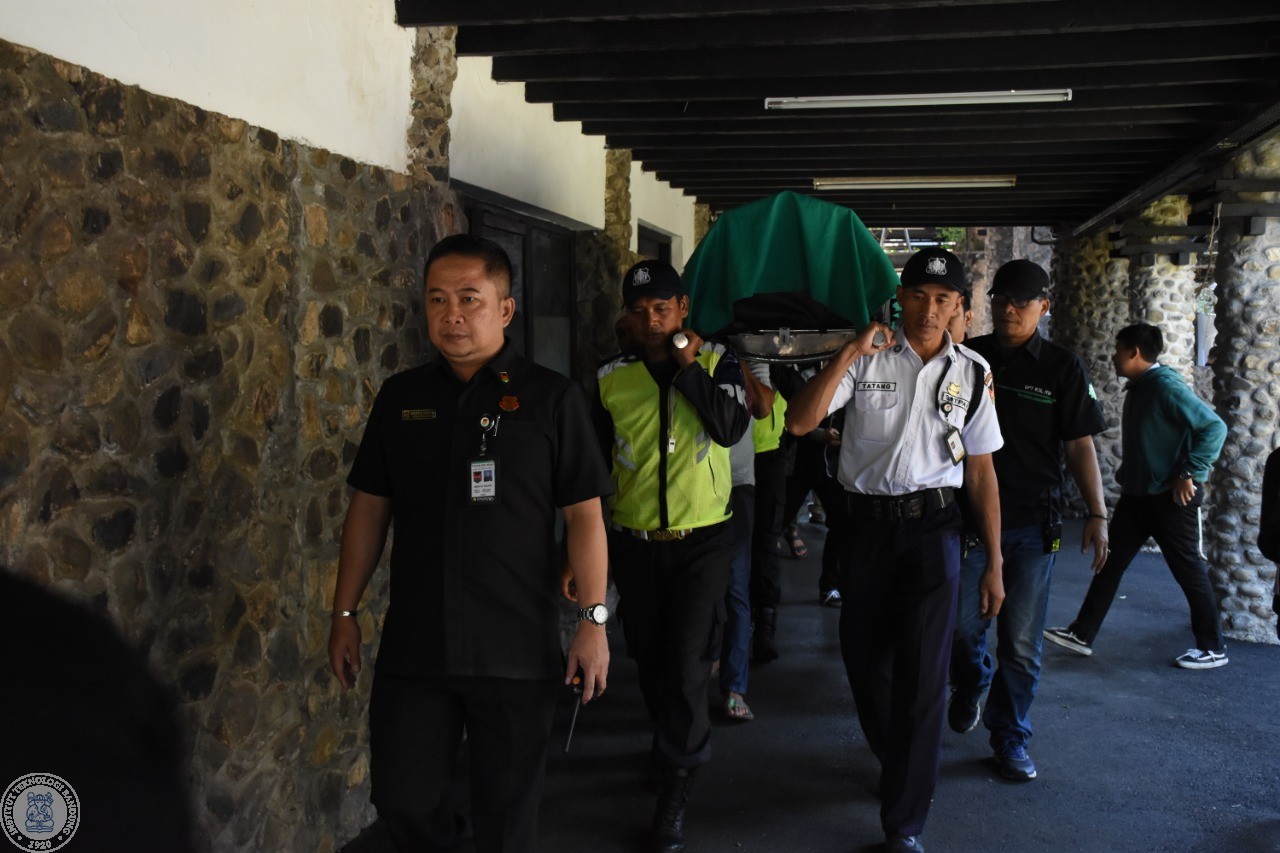 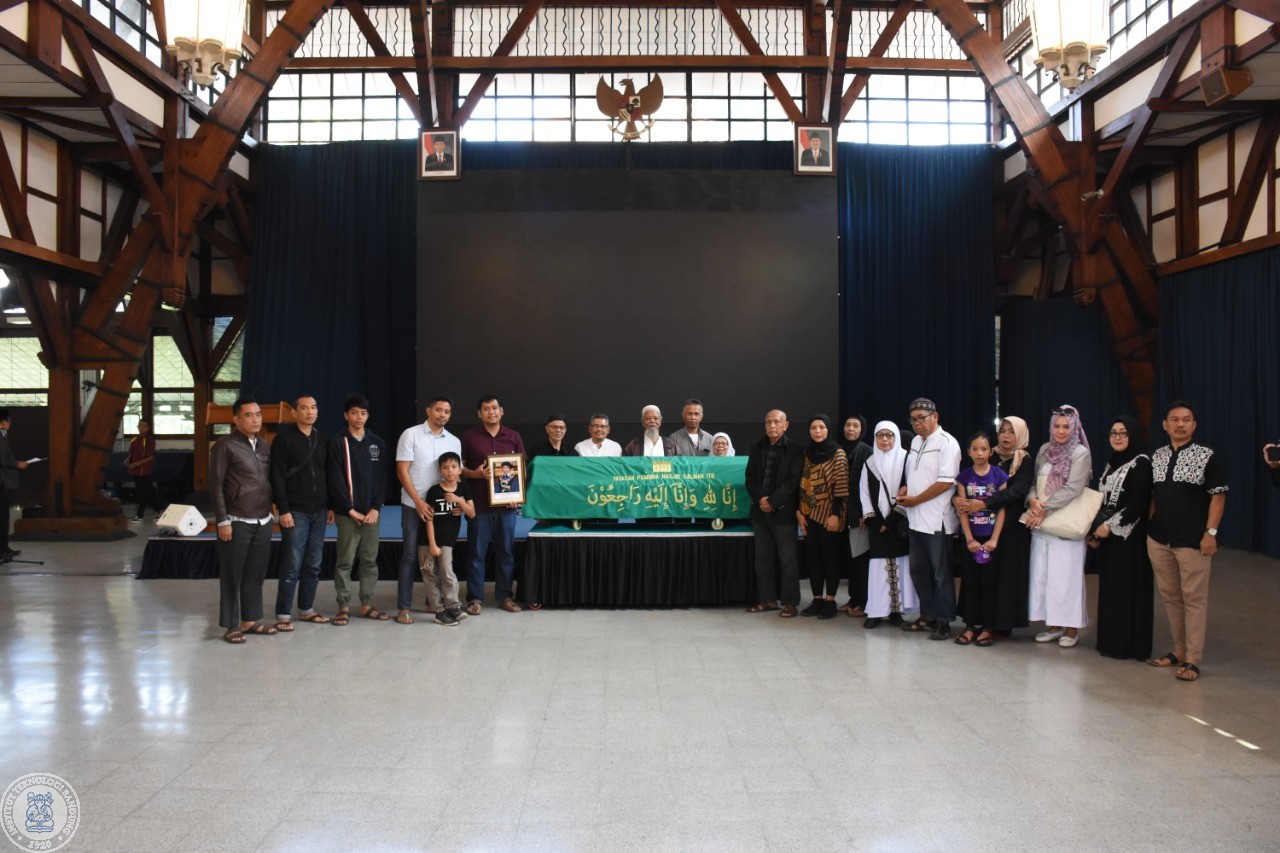 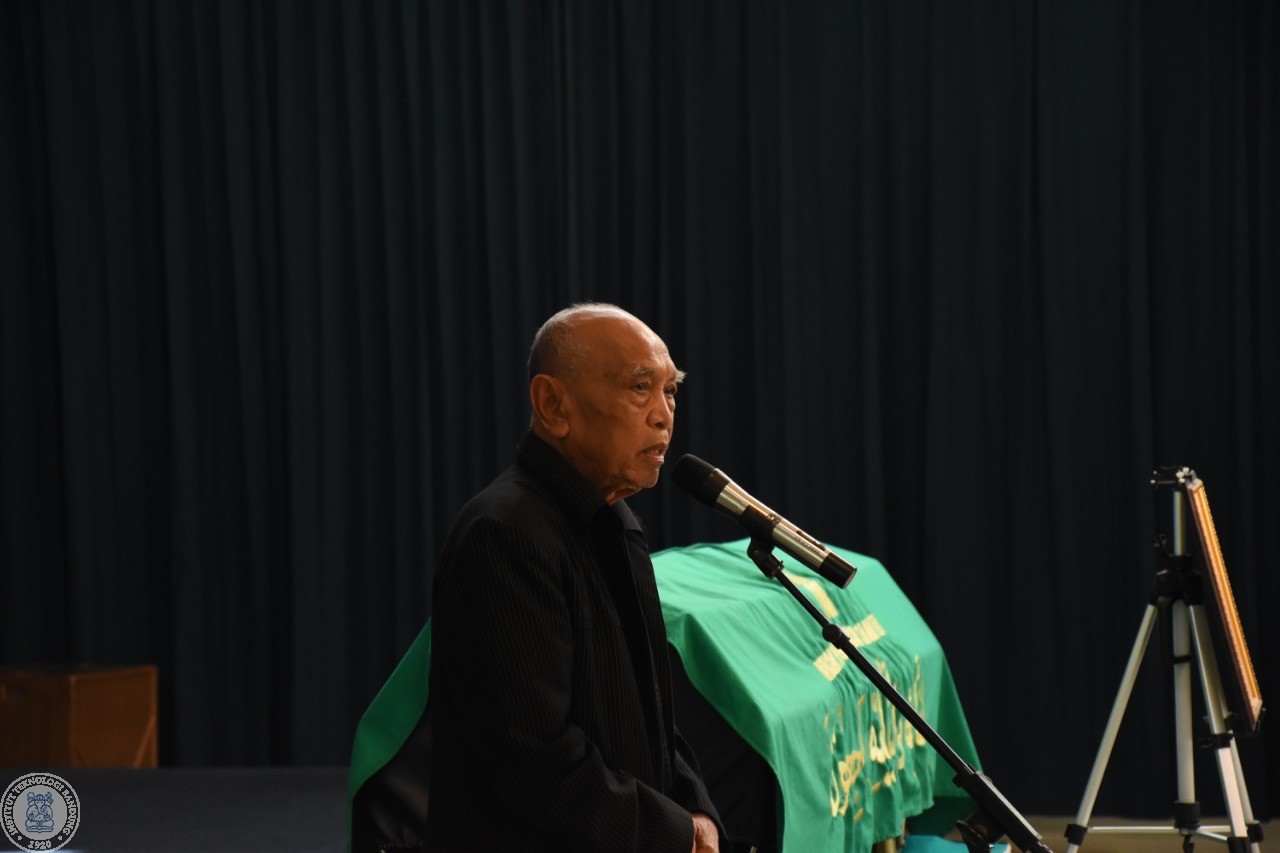 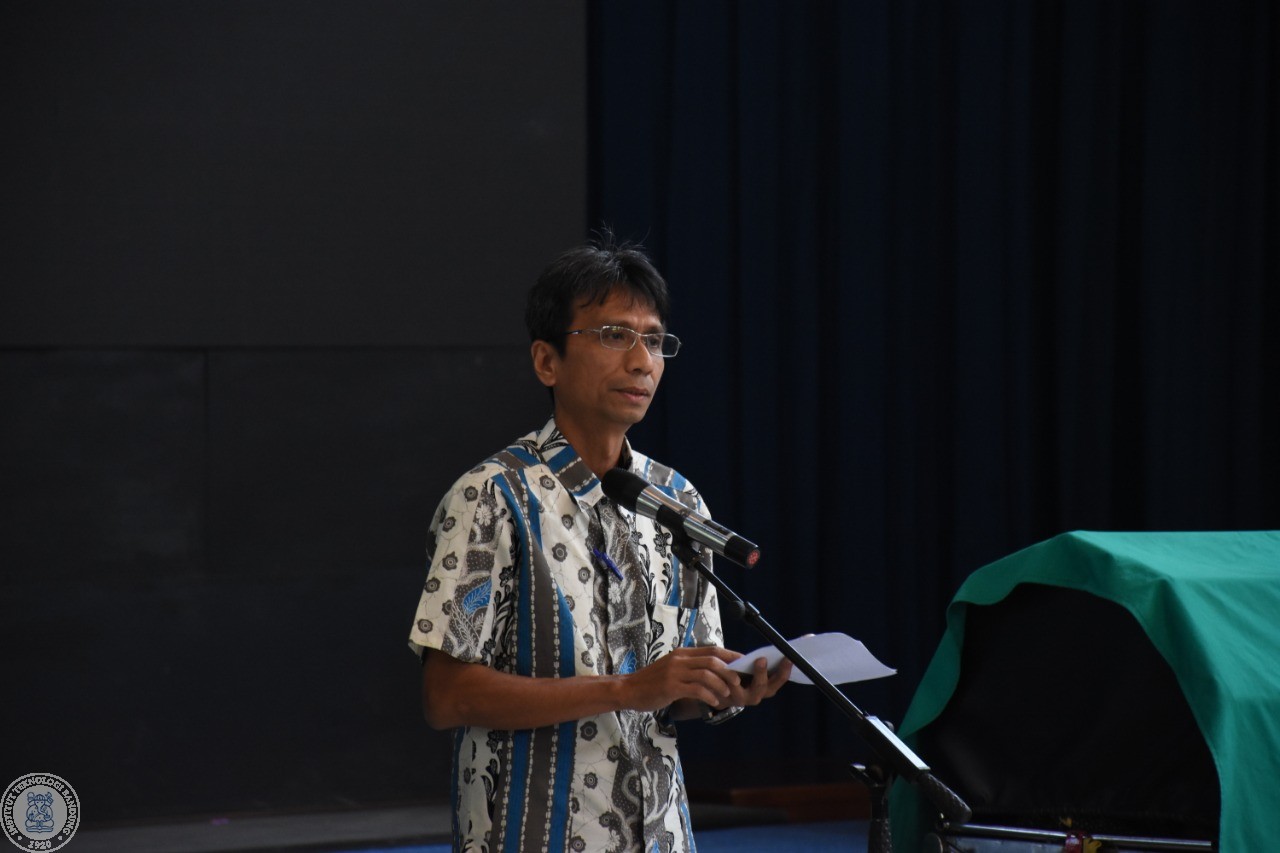 BANDUNG, itb.ac.id – Institut Teknologi Bandung (ITB) express deep condolences on the passing of Prof. Dr. Ir. Adang Suwandi Ahmad, a professor in School of Electrical Engineering and Informatics (STEI) of ITB. He passed away on Monday, 22 July 2019 at 00.56 a.m.
Before the burial, he was brought to Salman Mosque for funeral prayer and to Aula Barat of ITB for a farewell ceremony to honor his services to ITB. He will be buried in Lembang, West Java.

“ITB express deep condolences, we pray that God Almighty accepts all deeds, services, and dedication he had done for ITB and for the people,” said Head of Academic Senate of ITB, Prof. Hermawan Kresno Dipojono who came in place of the rector, who could not attend the funeral.

Hermawan added that the late Prof Adang was regarded as a humble and respectful person to everyone, to peers, seniors, or juniors. He had presented a number of achievements and services to ITB, community, the people, and the country.

“Farewell, Prof. Adang Suwandi Ahmad. Our prayers are with you. Your spirit and dreams are here with us, we will continue the effort to improve this institution and country,” said Prof. Hermawan in his remark.

On the farewell ceremony, Dean of STEI, Prof. Dr. Ir. Jaka Sembiring, M.Eng., read the late professor’s CV. He also expressed deep condolences from STEI ITB on the passing of Prof. Adang who himself was the first dean of STEI-ITB (2006-2010).

Prof. Adang received a number of awards, including the Satyalancana Karya Satya for all 10 years, 20 years, and 30 years of service as a civil servant, as well as the award for 25 and 35 years of service to ITB. He retired from ITB in 2018.

The family was represented by the brother of the late Prof. Adang, Tatang Sumanata. He asked colleagues and students of Prof Adang for forgiveness if the late professor made mistakes and misdeeds during his active days.

“Thank you to rector and all colleagues who have organized this funeral. May the families were granted patience,” he said.