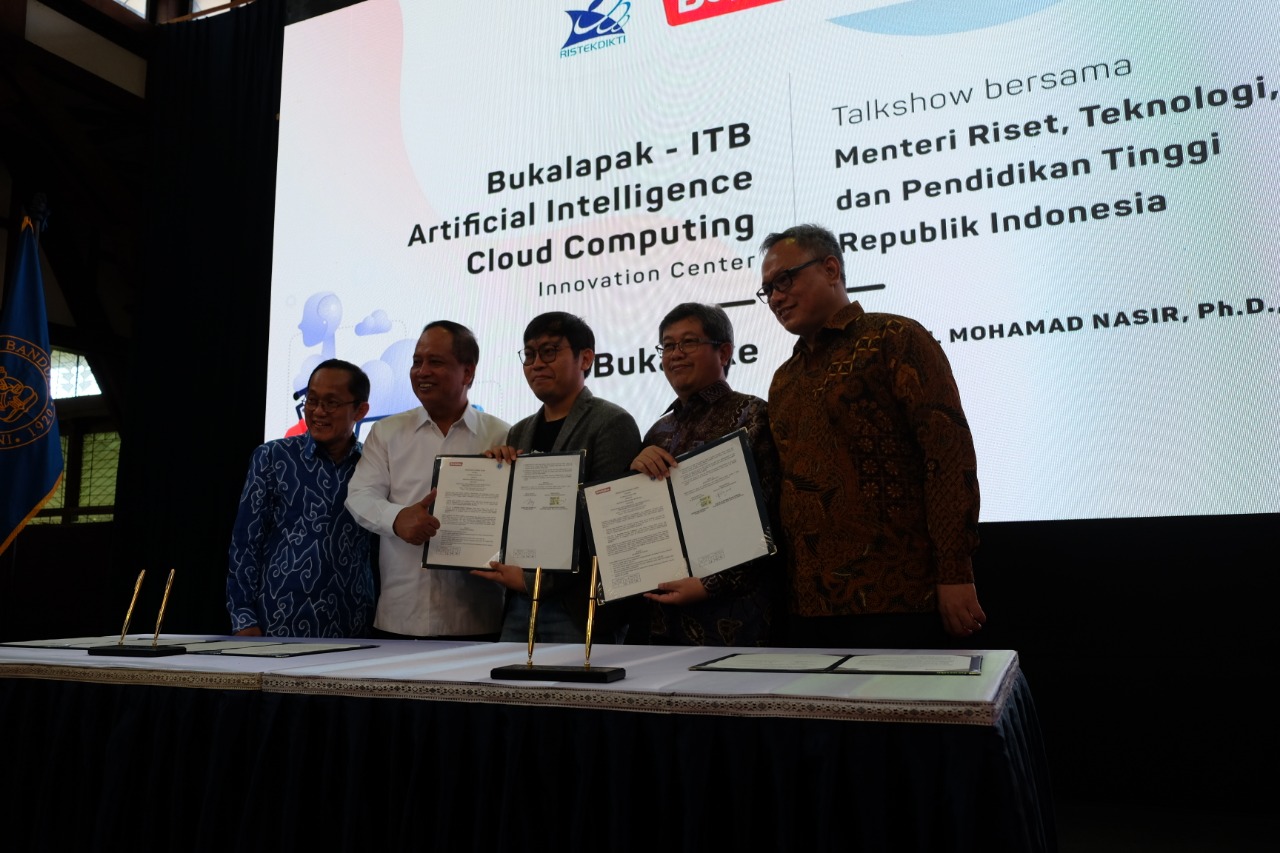 BANDUNG, itb.ac.id – Advancement of technologies and development of data in Industry 4.0 has led to many studies and researches in artificial intelligence (AI), cloud, IoT, big data analytics, and data sciences. Institut Teknologi Bandung (ITB) as the oldest technical higher education in Indonesia has long engaged in education and research relating to artificial intelligence and cloud. This is implemented through the development of AI and system courses which have begun since 80s in Informatics Engineering Program in School of Electrical and Informatics Engineering (STEI-ITB).

ITB has declared to move toward Entrepreneurial University. In line with that move, ITB cooperates with one of the biggest marketplace in Indonesia, Bukalapak, to open Laboratory for Artificial Intelligence and Cloud Researches in ITB Ganesa Campus, which will be reffered to as Center-Innovation. The launching of the lab was officially conducted by Prof. Mohamad Nasir as the Minister of Research, Technology, and Higher Education, Prof. Kadarsah Suryadi as Rector of ITB, and Achmad Zaky as CEO of Bukalapak.

The lab is expected to support the acceleration of research and development of AI, cloud, and other relating fields. Hopefully those fields could be implemented so that researchers could develop new knowledge discovery from the data analytics, AI technology, cloud, and Internet of Things (IoT). Center-Innovation AI and cloud will be accessible and open to all academicians of ITB. 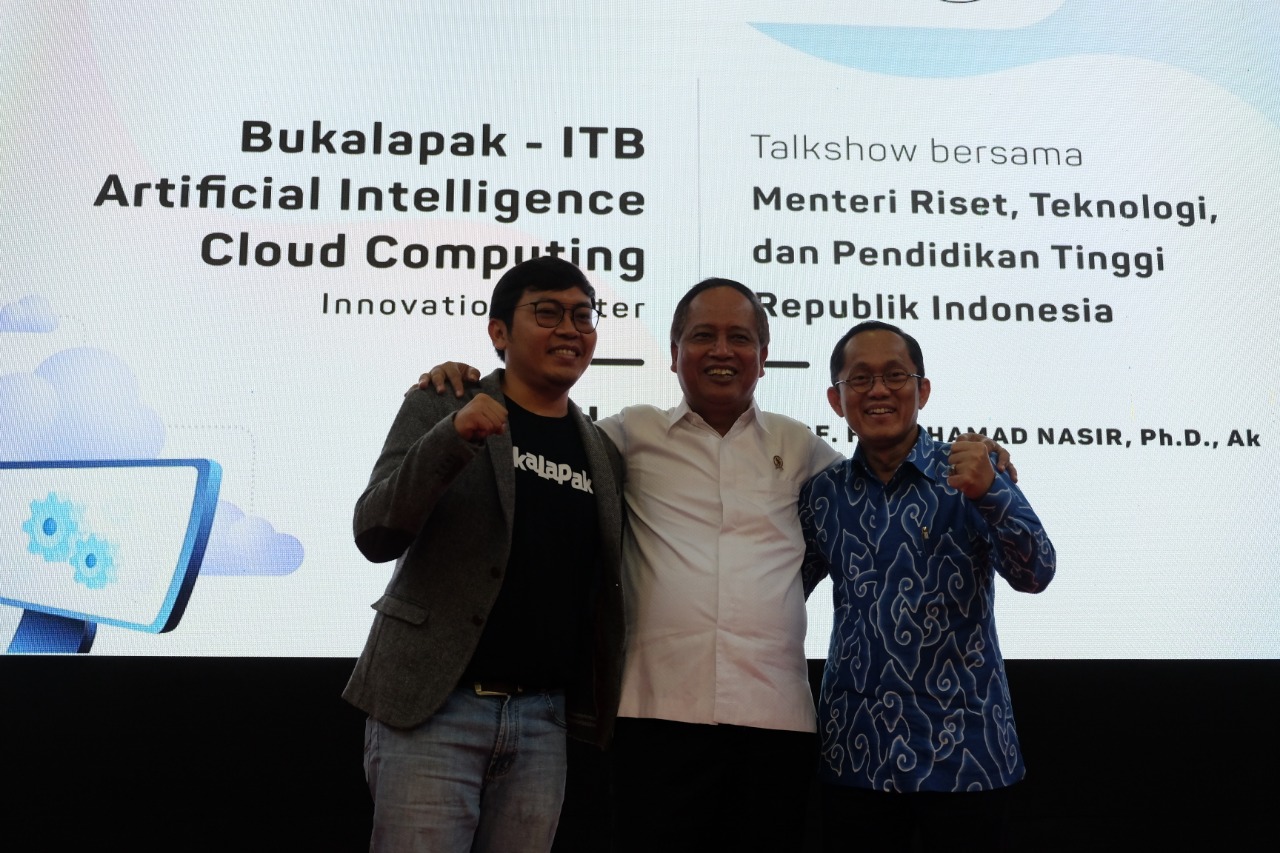 In his remark, Prof. Kadarsah mentioned 5 new trends in the world that should be well prepared. The first is democratization of access, the second is development of digital technology in service and manufacture, such as done by Bukalapak, the third is technology-driven massive mobilization which cause both human and goods to move faster.

The fourth is integration of industry, employment, and higher education. The fifth is creation of new jobs that has never existed before. “Therefore, today marks one of our commitments in bridging industry with higher education. This launching will be the foundation of our move toward the advancement of our people and country,” said the rector.

Besides officially opened AI and Cloud Laboratory, Bukalapak also symbolically handed over the BukaBike to the rector. A talk show followed the event, featuring the Minister, Prof. Mohamad Nasir and CEO of Bukalapak, Achmad Zaky. 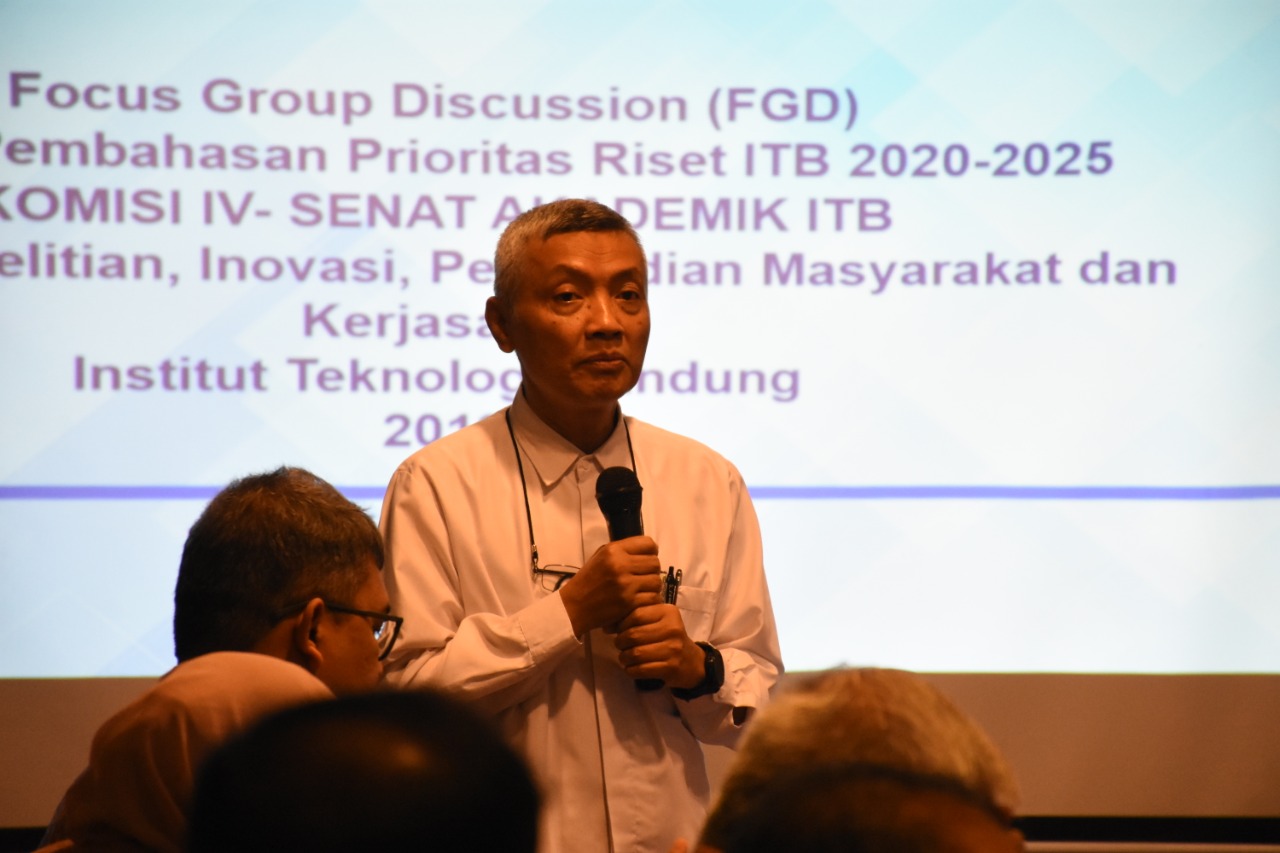