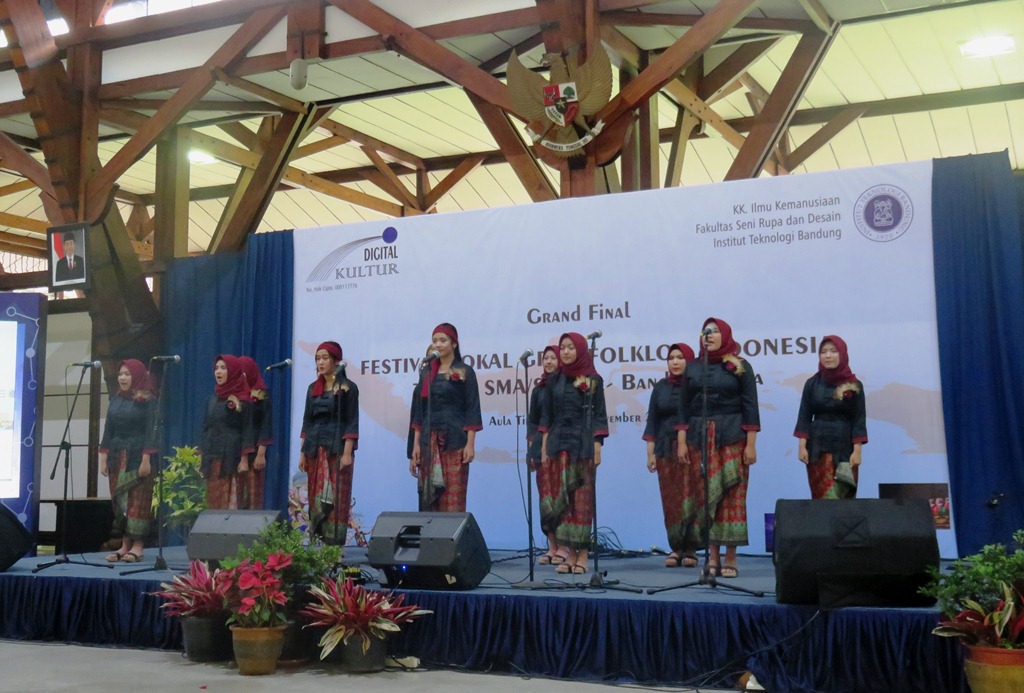 The festival is the last of Program Riset Penguatan Inovasi ITB 2018 series funded by LPIK ITB, with the theme “Prototype of Digital Live Performance Technology for Folklore Vocal and Choir Festival within the Framework of Indonesian Music Industry”. The festival is jointly organized by LPIK, Faculty of Art and Design (FSRD), and Humanities Research Group of ITB.

Head of the committee, Dr. Ranti Rachmawati, M.Hum said that the finalists were selected from several invited schools. Those schools were then selected using Digital Kultur app online or upload a video.

According to Ranti, all five finalists had to perform Karatagan Pahlawan song to welcome Indonesia’s Heroes’ Day on 10 November 2018. The finalists also have to perform songs of their choice. “Because the majority are Sundanese, they performed Sundanese songs,” she said.

She is amazed by the performance, especially by non-Bandung participants. They performed well and prepare it seriously in one to three months. “Hopefully with the support from ITB this festival can be held annually. There are many outstanding talents that we have not heard of. We want to cover more, hopefully all Indonesia,” she concluded.

Digital Kultur app is the result of research Prototype of Live Performance Digital Technology for Folklore Vocal and Choir Festival within the Framework of Indonesian Music Industry. The app is registered on copyright number 000117776 from Directorate General for Intellectual Property of Ministry of Law and Human Rights of Indonesia.