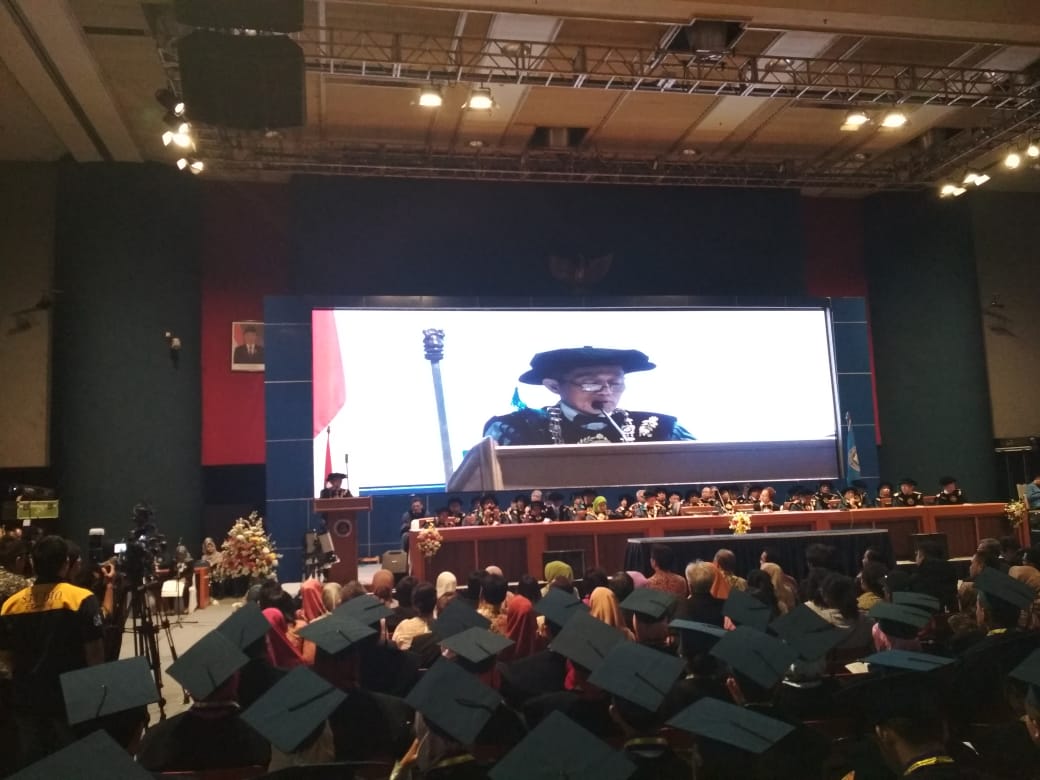 BANDUNG, itb.ac.id – Praise be unto the God Almighty who enables us to hold the First ITB Graduation Ceremony Academic Year 2018/2019.

This graduation saw the inauguration of 2,633 graduates, 35 of whom come from doctoral programs, 1,018 from master’s programs, and 1,580 from undergraduate programs.

Graduate with highest GPA is Willy Apriyanto from Ocean Engineering Study Program of FTSL with his 3.95 GPA. Among the graduates, 10 came from abroad. They are Win Pyae Htet from Myanmar, Bienvenu Randriantsalama and Ramandasoavina Blanchard from Madagascar, Park Myunggong and Kim Kyumin from South Korea, Roeuy Leapheng from Kamboja, Lili Dong from China, Michelle Yit and Banupriya Subramaniam from Malaysia, and Kana Yamamoto from Japan.

“ITB as an education institution will create and be actively involved in an ecosystem that encourages innovation and application of blockchain by formal education activity and informal activity of campus community,” said Kadarsah.

During the ceremony, he also mentioned many achievements that the students, lecturers, and ITB as an institution have achieved in national and international levels.

Minister Tadayuki Miyashita from the Embassy of Japan was present in the ceremony to deliver his commencement speech in front of the graduates on the second session of the graduation ceremony.

ITB will keep on presenting the best education and preparing the students in having the ability to adapt, compete, cooperate and improve continuously in the future. To create good academic condition, it needs the support of many. ITB is grateful for the support it has received to this day and expects continuous supports, including from freshly graduated alumni. 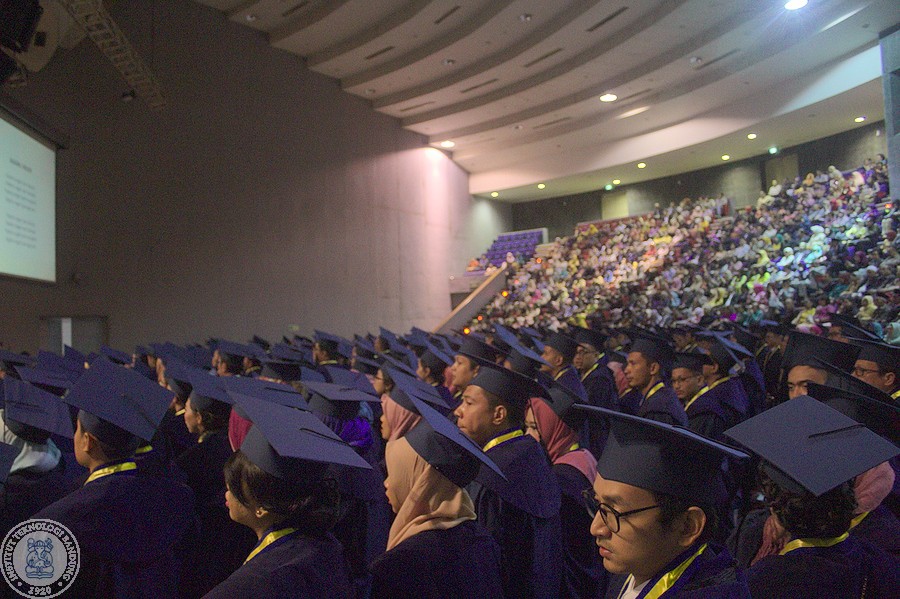