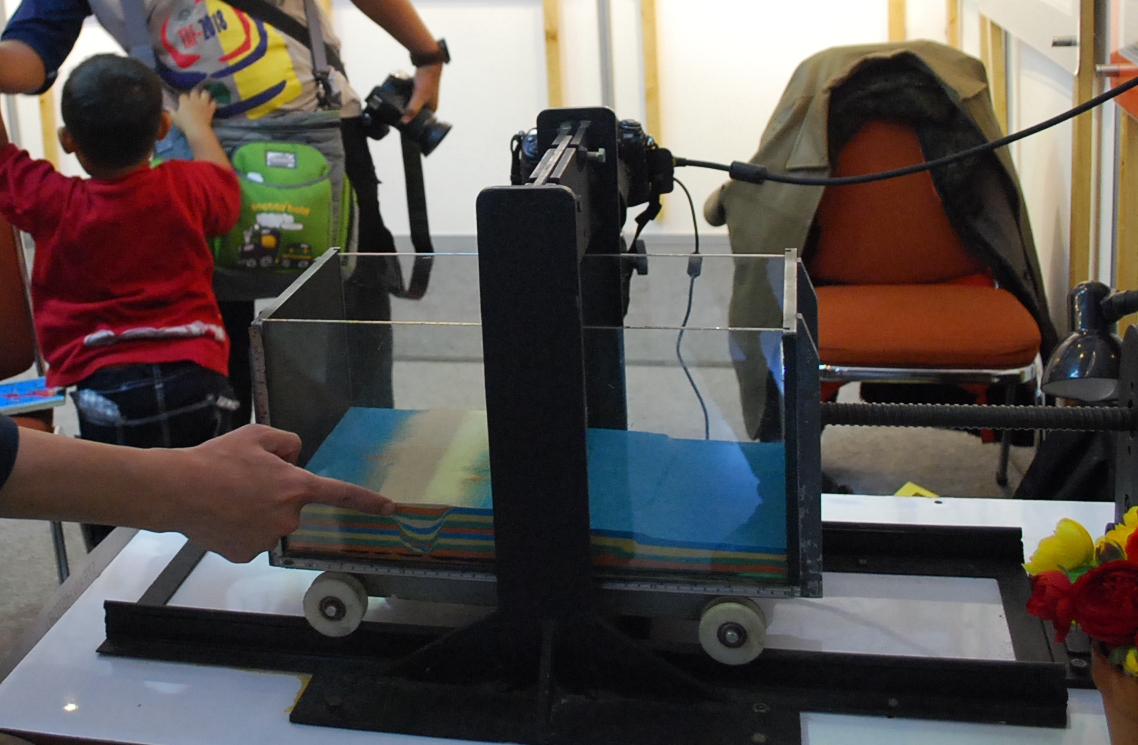 Sandbox Analogue Modeling is a technology in Structural Geology developed by Ir. Benyamin Sapiie, Ph.D., Dr. Ir. Meli Hadiana, and Terry Alfa Furqan, ST. MT. The research began in 2001 and has been continuously developed until today.

Sandbox Analogue Modeling by Geological Engineering of ITB is the first and the only one of its kind still active in South East Asia. This small-scale laboratory was built and developed using a machine (apparatus) which is made and designed by workshops in ITB.

The result of the sandbox modeling will help students or professionals to make interpretation of sub-surface geologic structure. Thus, sandbox analogue modeling is used and developed especially by oil and gas industry especially relating to hydrocarbon exploration.

“One of the advantages of our laboratory is that it uses sands that comes from nature, that is Ngrayong Formation sand rock in East Java, without mixture of any synthetic material,” said Meli Hadiana on Exhibition of Research, Innovation, and Community Services at Aula Timur ITB, Bandung, several days ago.

Moreover, Meli explained that the Sandbox Analogue Modeling is created mainly to provide a learning tool to understand deformation process (changes of form and shape) of rocks that simulate detailed deformation process. In addition, by using this sandbox analogue modeling, it is expected that it will help solve technical problems regarding natural resources exploration and earthquake.

The sandbox modeling is a glass box containing layers of sands of various colors. The sands are arranged to resemble earth plates. In the middle, a propulsion tool is placed to push the sands. After being pushed or pulled, changes will occur to the sands, and creates analogical depiction of fault.

He explained that the Earth is dynamic because of plate motions. Moving plate will create reaction. The reaction is force; it could be a pull, a push, or a shift. The force affect the rock around the plate, especially those of upper earth’s crust. For example, there are fault heave, throw, and shift.

“The force will cause changes on the rocks. In Geology, especially on sedimentary rock, we are familiar with Steno’s Law of Horizontality which states that layers of sediment were originally deposited horizontally. If changes occur, it is no more original and there must be something that causes it. That is what we perceive as reaction of a reaction toward Force. The Force comes from movement of Earth’s plates,” he explained.

One method to make it easier for people to understand deformation process of upper Earth’s crust is using sandbox modeling. He explained that, this tool is useful because of its simplicity that inform people about geological structure in sedimentary rocks conveniently. “For example, an architect needs a model to make a design. This tool is a simple and user friendly model. Geologically, it has many benefits, such as to learn geological structure affected by deformation of rock layers,” he explained.

He said that this modeling was made very simple at first. But further development is continuously conducted because more complex model is needed to match real nature situation. Other similar tool in FITB’s laboratory is better with addition of speed adjustment.

“This tool is the result of massive contribution of industry relating to deformation of sediment, especially oil companies,” he said. He hopes that the sandbox modeling will be continuously developed even further until it can depicts fault activity in an area in order to help calculating the impact of earthquake on the surface of Earth’s plate. 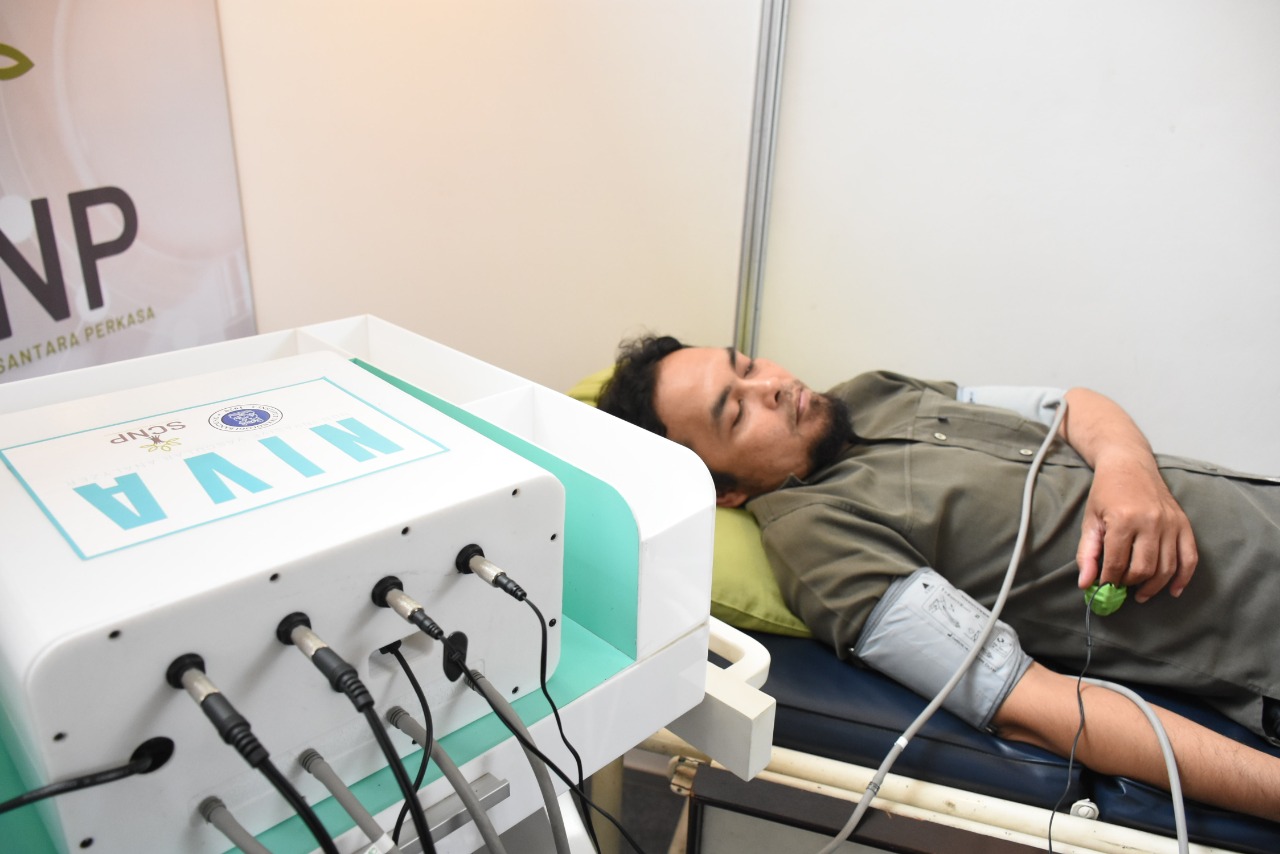 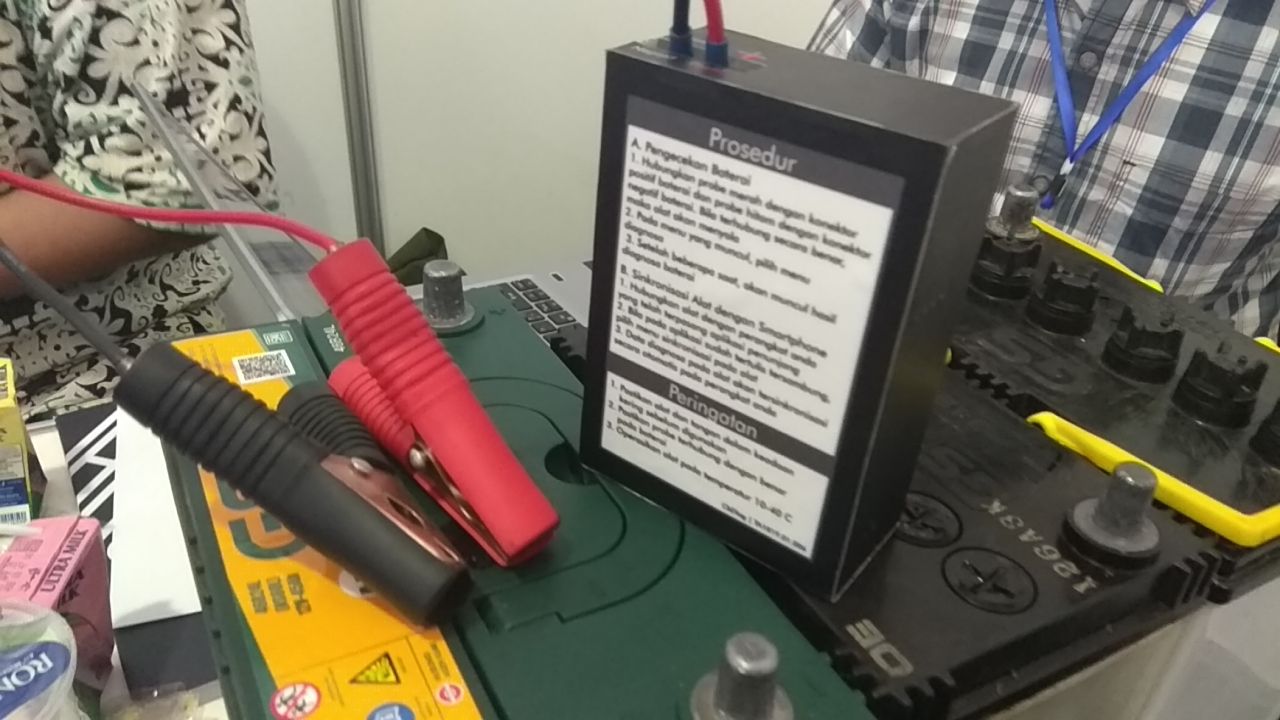