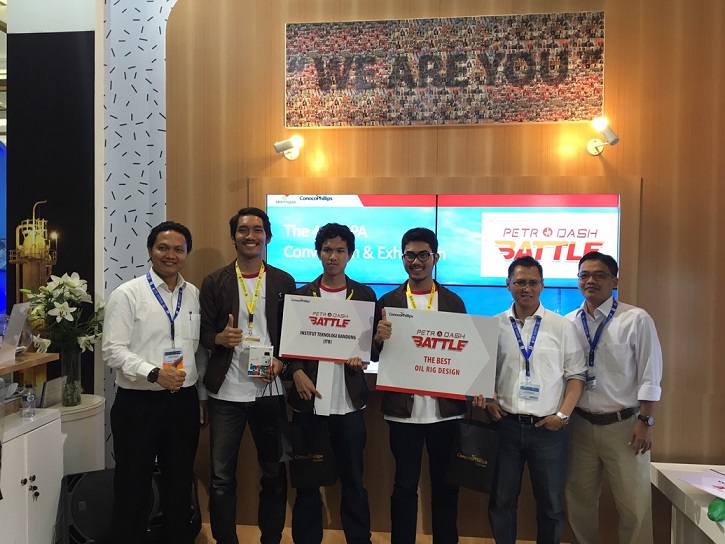 BANDUNG, itb.ac.id - One form of oil and gas exploration is through offshore. The exploration activities are usually carried out through offshore platforms or rigs. Rig design techniques often used as a topic of competition on the oil field, one of them on Petrodash Competition organized by Conoco Phillips. Representative team from Institut Teknologi Bandung (ITB) consisting of three students, finished the oil rig design competition as First Place. The team consists of Adi Satria (Marine Engineering 2013), Sigit Prakarsa (Aeronautics and Astronautics in 2013), and R.B.M. Aditya (Petroleum Engineering 2013). The competition is held in conjunction with the activities of the Indonesian Petroleum Association (IPA) 2016 at the Jakarta Convention Center (27/5/16).
The competition began in early May at the invitation of the Conoco Phillips to three universities, namely ITB, Trisakti University and the University of Padjadjaran to send a student representative in the competition's oil rig design. ITB itself is represented by the Society of Petroleum Engineers (SPE) ITB Student Chapter who then conduct the selection process of internal and third elected to represent the students of ITB. According to Sigit, follow this race team goal is to explore more widely on how to design and expand knowledge oil rig in the oil. 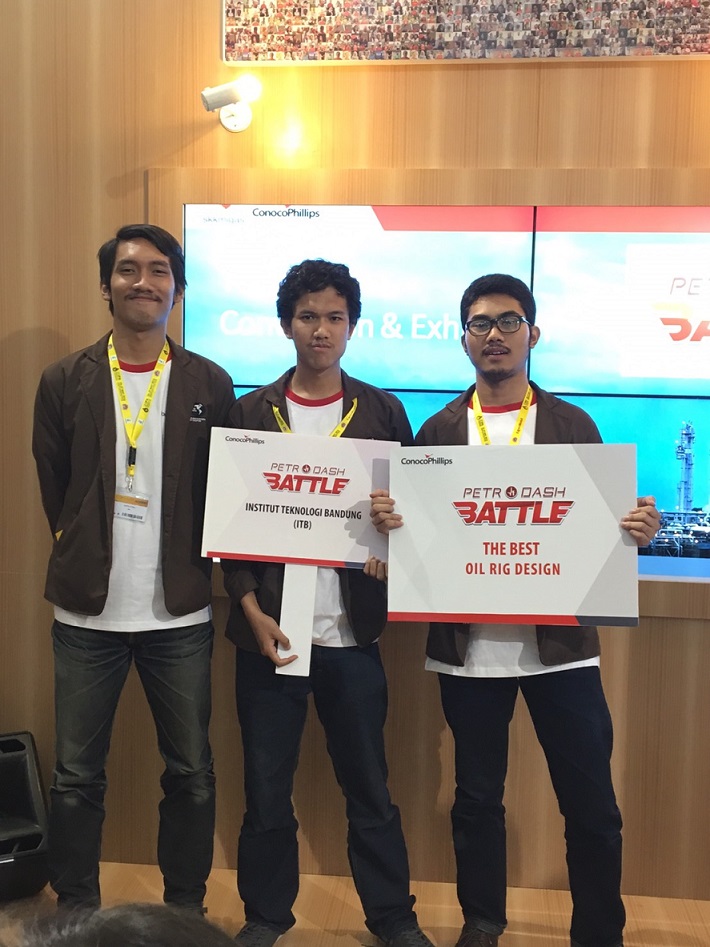 In this competition, teams from ITB were able to excel compared to teams from other universities because of the design of the proposed rig is more efficient, shorter operational time, and safer. The rig is designed more efficiently with the required fuel cost is smaller than the usual rig for their engineering power generation and storage. Shorter operating time due to the use of automation in the drilling system. The rig design floating on sea surface is also very concerned with the safety aspects; not only considering the dangers of drilling activity, such as explosions and so forth, but also take into account the extreme conditions like high ocean waves.

Ratings in this competition covers several aspects, namely the presentation, innovation, detail design, video, and the participants' answers to the questions the jury when the question and answer session. Competition in this competition is quite tight but it did not dampen the spirits of the ITB team to become champions and at the end of the competition team from ITB announced as the first winner. "The competition is so much fun, I can gain a lot of new knowledge about the world of oil," said Sigit. He also advised that if we want to pursue something we will surely have the time and can make it happen, "Hard work never betrays you" said Sigit.