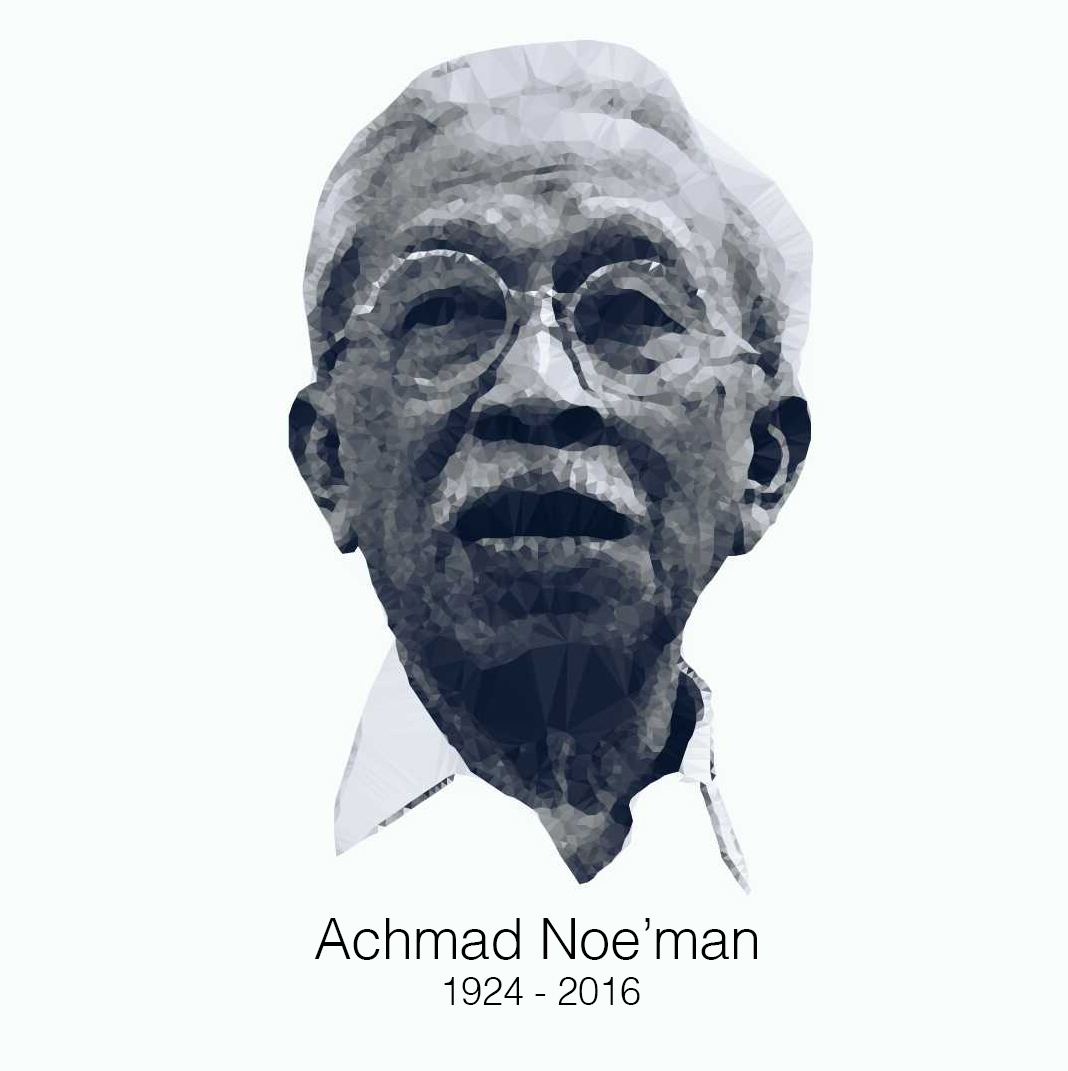 BANDUNG, itb.ac.id - One more academician from ITB with international brilliant works just passed away: Prof. Ahmad Noe'man. He left the world on Monday (04/04/16). He was the architect of Masjid Salman ITB which was officially opened by the first Indonesia president, Ir. Soekarno. The work has highly originality, was ultimately out-of-the-box in the architectural way of thinking in that time. It remarked an outstanding dedication to architectural world in Indonesia.

Prof. Ahmad Noe'man was born in Garut in 1924. He was born to be a part of Muhammadiyah Garut family which has contributed in developing educational infrastructures, such as school, dormitories, and masjid. Having that background, architecture was not a strange one for him. He then wanted to be an architect and continued to study higher education in University of Indonesia in Bandung which then became ITB. In 1948, there was no Architecture major yet, so he registered to Civil Engineering major. After Architecture major was open, he changed his major to pursue his dream.
Prof. Noe'man then continued to graduate program in Kentucky, USA. After graduating, he went back home to be a lecturer in ITB (before, he was an assistant) and open a consultation firm (Biro Arsitektur Achman Noe'man/Birano). In the period of being lecturer in ITB, Noe'man got the idea about masjid construction in ITB campus. The problem was students need to walk 2.5 km to find the nearest masjid.

Besides being an architect, Prof. Noe'man also wanted to develop another skill. Since he was still a student of high school, he joined Divisi Siliwangi and moved to Jakarta as he was assigned in revolution movement. He contributed in the fight for Indonesian independence, especially in the time of the political hand-over by the Dutch colony to Indonesia. He became the Second Lieutenant in his military career until 1953.

Works All Over the World

His dedication in his life-time to build masjid in Indonesia and other countries was fascinating. Noe'man was the initiator of Masjid Salman ITB construction. Then, he was also one of the founders of Indonesian Architect Bond. He designed many remarkable Masjid all over Indonesia, such as Masjid Raya Pati, Masjid Taman Ismail Marzuki Jakarta, Masjid Al-Ghifari IPB Bogor, Masjid PT Pupuk Kujang, Masjid Al-Furqan UPI Bandung, and Masjid in Cibubur Residence. Masjid Attin which was dedicated in the memory of Tien Soeharto and Masjid Al-Markaz Al-Islami Ujung Pandang were also his famous works.

Internationally, Prof. Noe'man is recorded as the designer of Masjid Al-Aqsa's mimbar in Palestine in 1993-1994. He was also the architect of Masjid Syekh Yusuf, in Cape Town, South Africa. Another achievement of his was becoming the member of Curator Council when Bayt Al-Qur'an and Istiqlal Museum TMII Jakarta was founded. He was also awarded in Istanbul, Turkey as Khat Kufi writer. He was also the architect of Masjid Muhammad Suharto in Sarajevo, Bosnia, which was Indonesia's gift and became spotlight in the world that time. His works and achievement are truly inspirations.

Training on Writing in International Journals