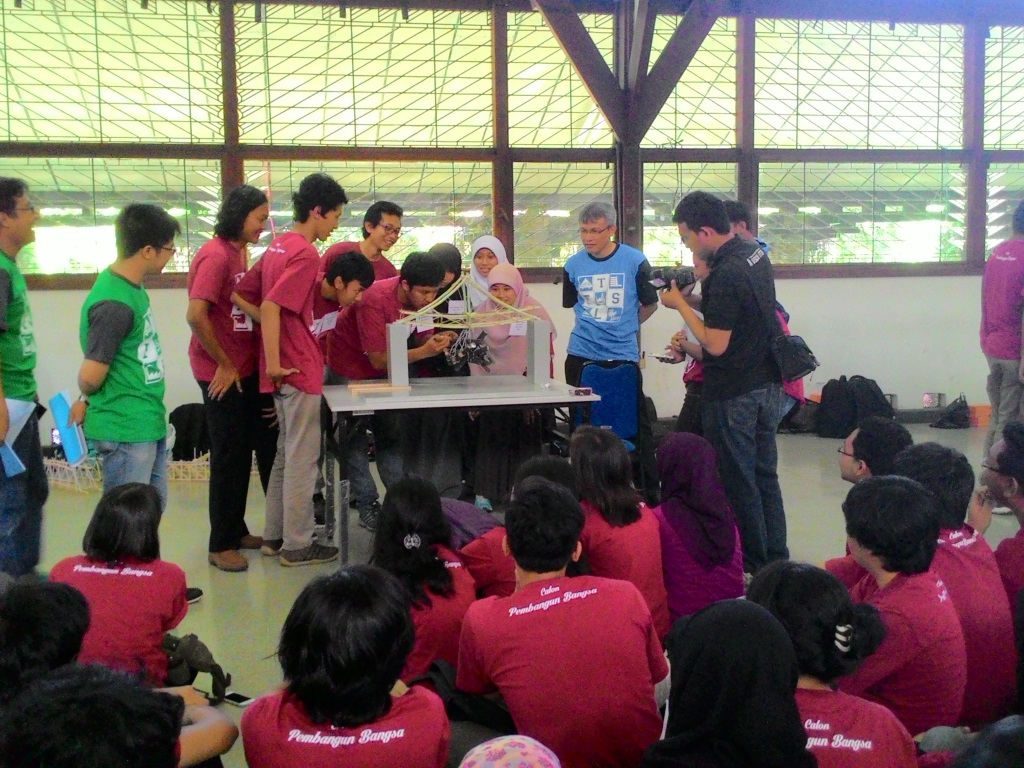 BANDUNG, itb.ac.id - Engineering design is an element of technique that is often forgotten today. It can be seen from the homogeneity of the structure of an engineering products. Starting from these challenges, ITB take steps to conduct a course called Introduction to Engineering Design (PRD), which is a mandatory for the Common Preparatory Phase (TPB) ITB students since the class of 2013. The applications can be different for each faculty, for example TPB students in Faculty of Civil and Environmental Engineering (FTSL) ITB get a theme about Structure in this year. PRD FTSL lecture culminated in Final Examination held in FTSL Engineering Day 2015 on Saturday (09/05/2015). In the event that took place in the West Hall ITB, students FTSL 2014 obligated to design and assemble a bridge miniature. This activity that also as Final  Examination of PRD was attended by students of FTSL ITB 2014, professor assistants, lecturers, and Dean of FTSL, Prof. Ir. Suprihanto Notodarmojo, Ph.D.

The event opened with a speech delivered by Prof. Ir. Suprihanto Notodarmojo, Ph.D as the Dean of FTSL. In his speech, he said that ITB students should have the ability to communicate and convey a good idea, so they can work together with anyone professionally. The speech followed by a general briefing about PRD final examination that delivered by Ir. Idwan Santoso, M.Sc., DIC., Ph.D, the Coordinator of PRD FTSL. Then, in groups the participants began to assemble the bridge from the materials that had been prepared. 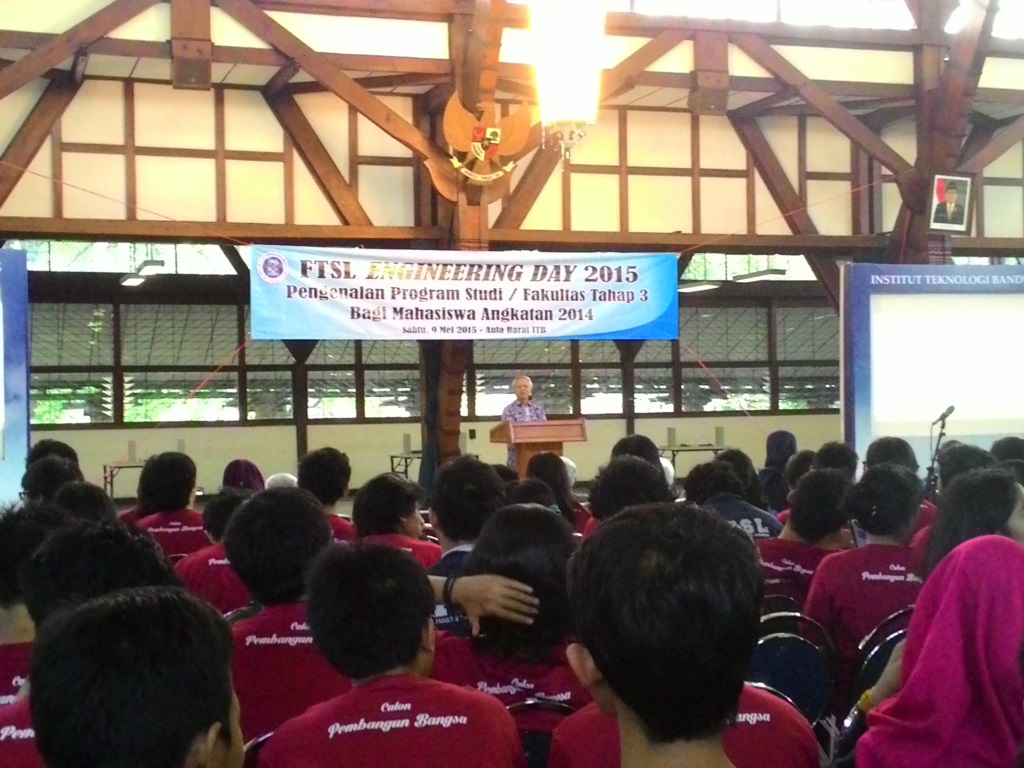 This activity was a simulation of the duty of engineers who have a problem, purpose, and limits of completion. Bridges made by each group must be able to endure a weight of three kilograms that would be placed in the middle of the bridge. In accomplishing these objectives, the structure of the bridge becomes a key of success in  building their bridge. Meanwhile, there were also limits to be a challenge for students. Students only provided with their intuitive knowledge and some materials to make the bridge. The materials were straw, skewers, and ice cream sticks. Each material had a specific price. This made the price of the construction that using yarns was different with the one that using glue.

"The aim is to make this test feels like a professional job, so the sense of engineering in each student develops," said Ir. Idwan. After assembling the bridge, representatives of each group presented their concept of their group's bridge. This presentation is supported by basic logics to the reason of their bridge designs. Then, the concept proved by test weights. Despite having different shapes, every bridge can undergo the three kilograms that was given. In fact, one of the bridge could survive loads up to ten kilograms. The success of the group in FTSL Engineering Day 2015 would affect the grade of their PRD final examination. "Assessment of PRD examination of FTSL 2014 students is drawn from the performance of their bridges and reports they create," concludes Ir. R. Muslinang Moestopo, MSEM, Ph.D. as one of the lecturers of PRD FTSL.

Experts from ITB: Don't Judge The Cause of Kukar Bridge Collapse Too Easily