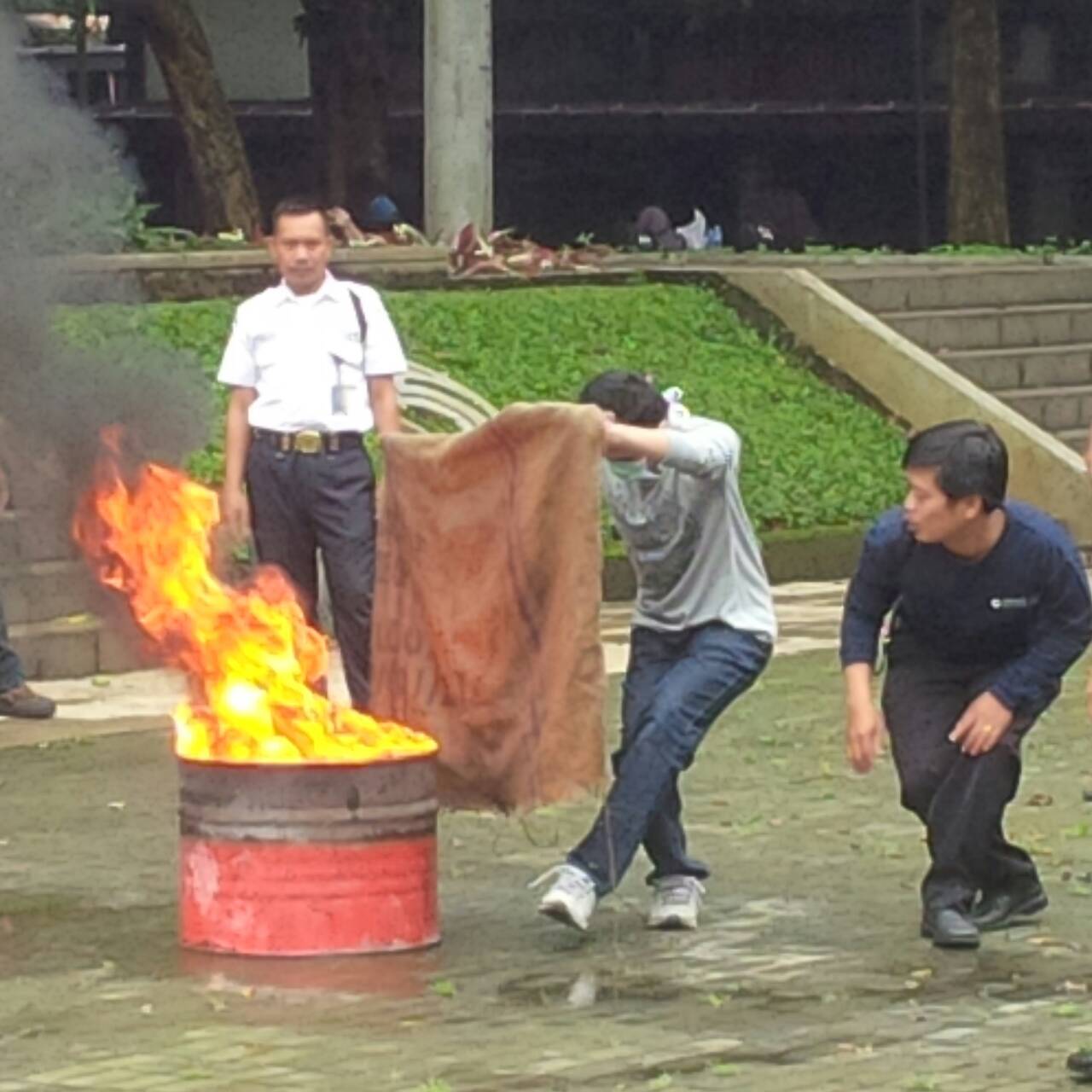 BANDUNG, itb.ac.id-Safety is the first concern in doing works. As one of universities that focuses on science and technology, ITB emphasizes its people to concern about safety. Therefore, on Wednesday (25/03/15), Technical Execution Unit of Security, Health, and Safety Work (UPT K3L) ITB held safety induction at Auditorium of East Campus Center ITB.

Before explaining about safety work, Yogi firstly announced about the evacuation route in Auditorium of East Campus Center ITB. Yogi explained that evacuation route information is very impotant to be delivered at the beginning of every event. This is done to anticipate the accident that may happen anytime and of course, to minimize the effect of the accident. 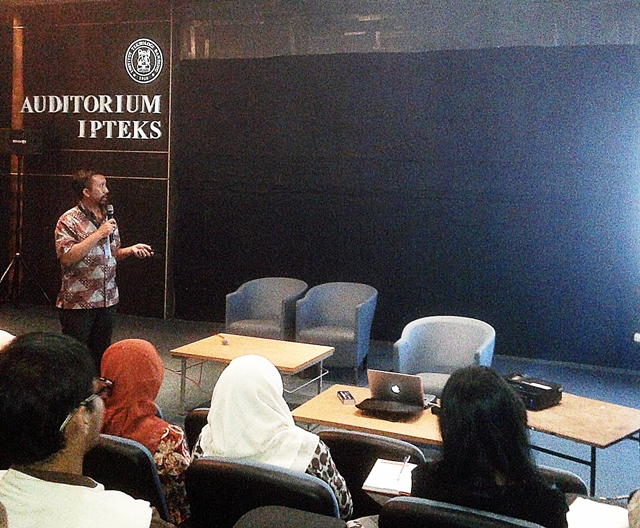 To date, around 80-90% accident happened because of unsafe behaviour and the rest are because of unsafe condition. "Unsafe behaviour that mostly done by the students is working out of work hours without considering safety, using not standardized equipment, and many others," Yogi said. Therefore, it is needed to form a good safety system which can change the human's behaviour automatically.

The safety induction emphasizes safety works at laboratory. Regulation about safety works at laboratory must be obeyed both before entering and after leaving the laboratory. Before entering the lab, the people must wear personal protective equipment such as goggle, mask, laboratory suit, and gloves. In addition, those who work in the laboratory must understand the way to handle chemicals and equipment that are going to be used. "Those who will work in the lab must have red Material Safety Data Sheet (MSDS), Hazard Operability (HAZOP), Job Safety Analysis (JSA), Work Instruction (WI) so that they can handle the chemicals and equipment that they use," said Yogi.

"Even sometimes the practicans fainted in the lab. If it happens, don't be panic nor help the victim in a rush," Yogi said. There are some procedure to help fainted people in the lab but the most important thing is, the cause of the faint must be analyzed first. This is done to minimize the number of victims because if the cause is the leakege of poisonous gases, unexperienced helper could be poisoned too. Therefore, it is better for the witness to call the official for help. 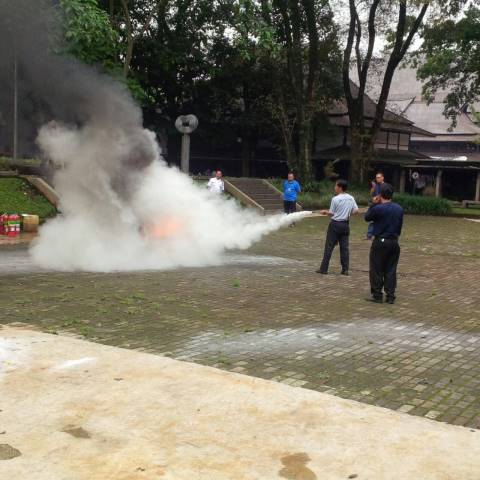 Beside explaining about safety works in the laboratory, K3L also held a fire suppression simulation during the safety induction. When suppressing fire, it is also important to know the cause of the fire. Fire is classified based on its cause: Class A is caused by wood, paper, plastic; Class B is caused by fuel such as gasoline and kerosene; Class C is caused by short electrical circuit; and Class D is caused by flammable metal.

Safety must be considered first to protect three aspects of higher learning; human as the superior seeds of the country, journals, and  important facilities such as research centers, libraries, and many on. "ITB is trying to build safety work culture because it doesn't grow by itself, yet needs to be fostered from the beginning," stated Yogi. 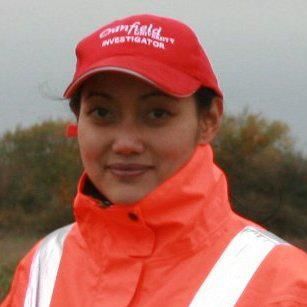