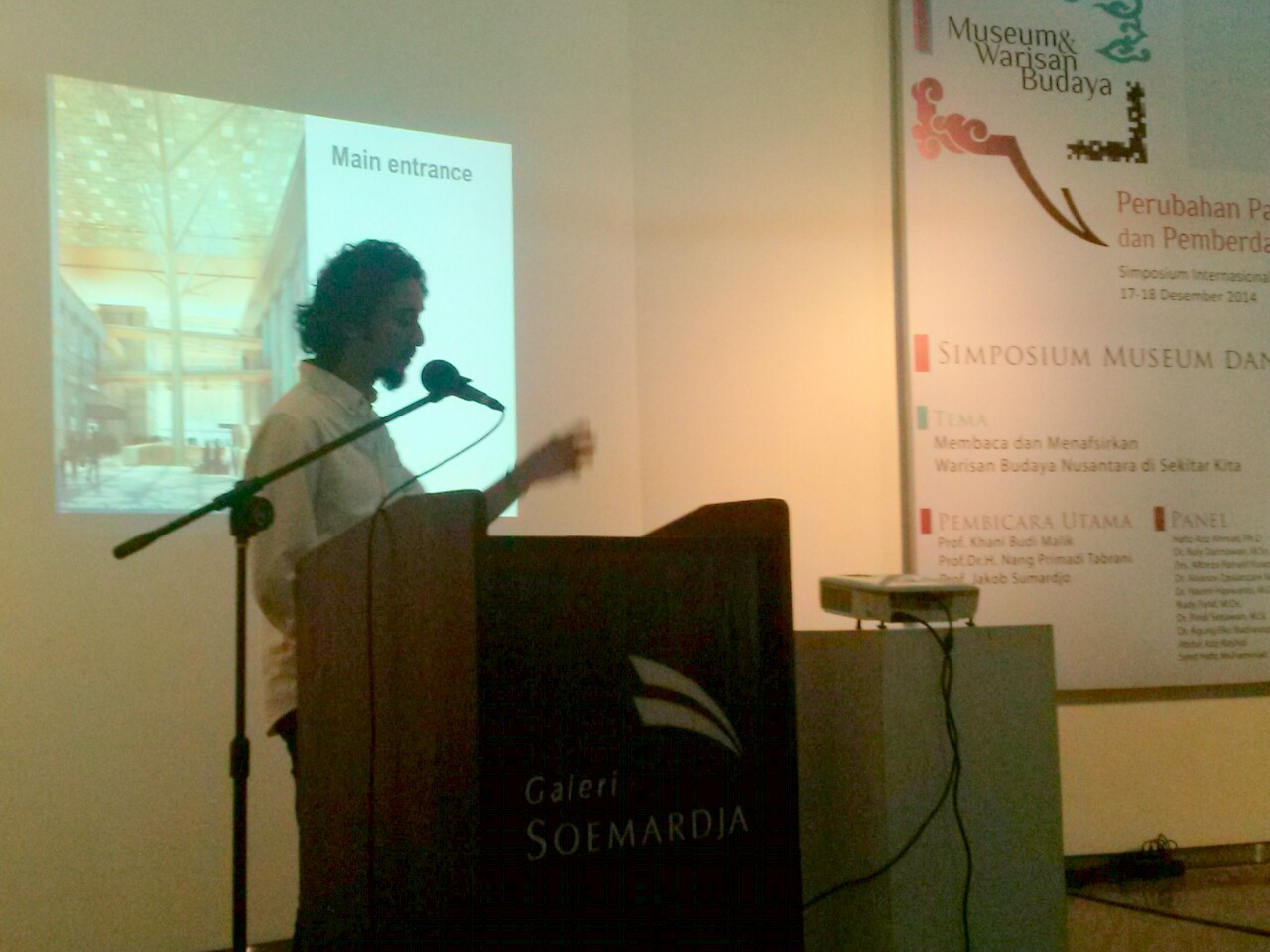 BANDUNG, itb.ac.id - Department of Visual Communication Design (DKV) of FSRD ITB in cooperation with Soemardja Gallery of ITB held an international symposium with the theme of museums and culture. The event that discussed about "Museum and Heritage: Paradigm Shift and empowerment" was held on Wednesday - Thursday (17-18 / 12/14) at the Soemardja Gallery, ITB. The symposium is a series of "dkv.id" that  organized by DKV ITB in order to publish the results of academic work by students and lecturers, as well as a learning center in preserving and developing of local culture. 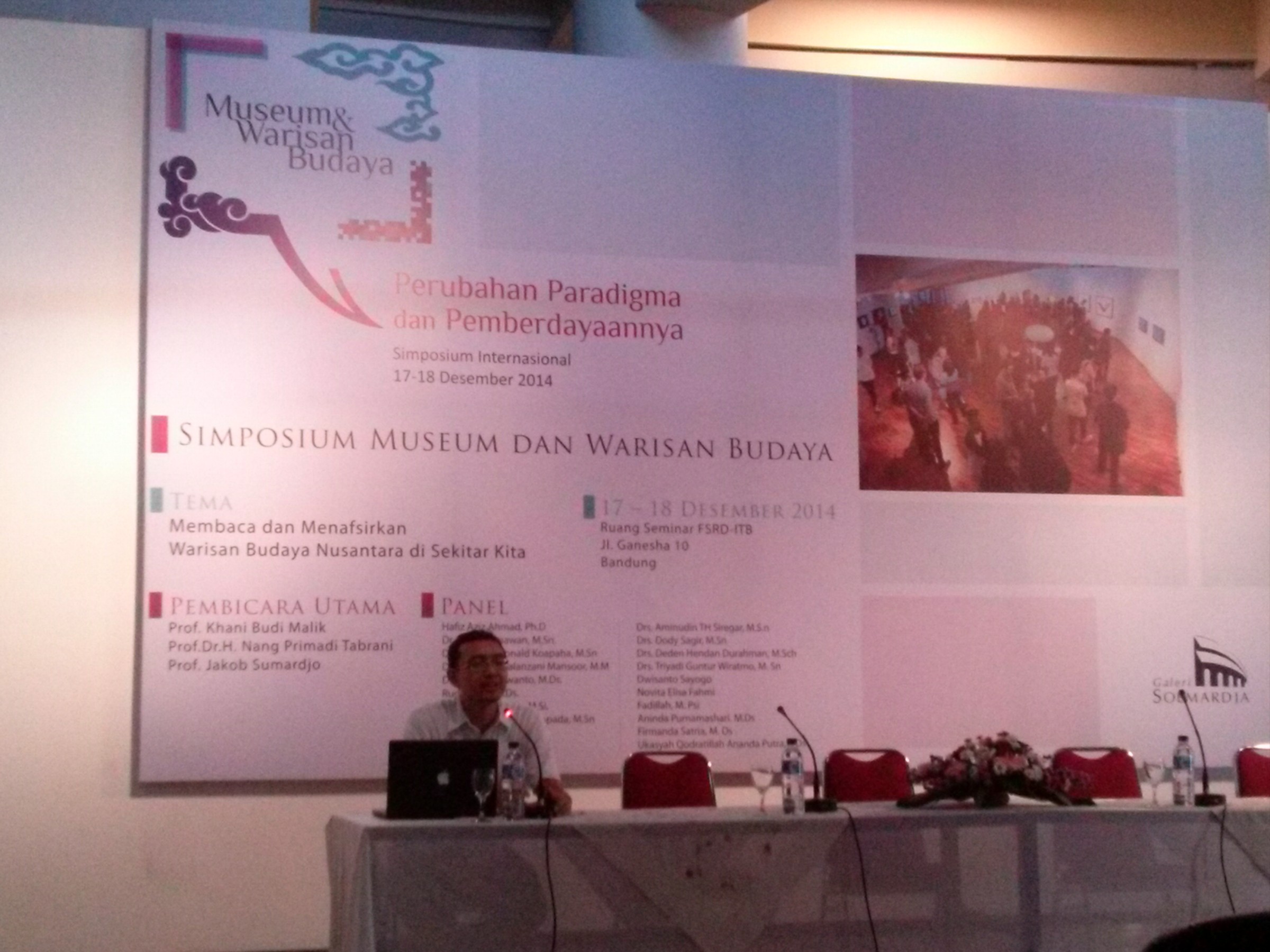 "The main purpose of this symposium is as a venue for the community in order to shifting their paradigm in terms of interpreting the cultural heritage and the museum itself. And through this event, we wish to show that FSRD ITB is not only associated with the art, but also contributed significantly to the cultural heritage local," said Alvanov Spalanzani Mansoor (Lecturer of DKV ITB) as the Daily Executive for the symposium that chaired by Aminudin TH Siregar (Lecturer of Arts ITB). At the symposium, which is designed to progress local culture and to observe it, attended by Prof. Nang Primadi Tabrani (Professor of FSRD ITB) and Prof. Jakob Sumardja (Writer and Essayist from Indonesia) as speakers.

In this event, also attended the local museum community and a series of cultural community from Bandung in order to support the achievement of the main goal. Some panelists who became speaker in this event is DKV ITB lecturers who have departed from the Netherlands to learn about the artifacts in June 2014 and, of course, in order to conduct an analysis of the cultural paradigm and the museum itself. In addition, also attended Abdul Aziz Rashid (Manager of Museum of the University of Malaya, Malaysia) and Hafiz Syed Muhammad (Curator of Singapore) as panelists, especially discusses the cultural museum in Malaysia and Singapore. "We hope that panelists will drive our force for the development of museums in Indonesia, especially in the fields of culture," said Alvanov. 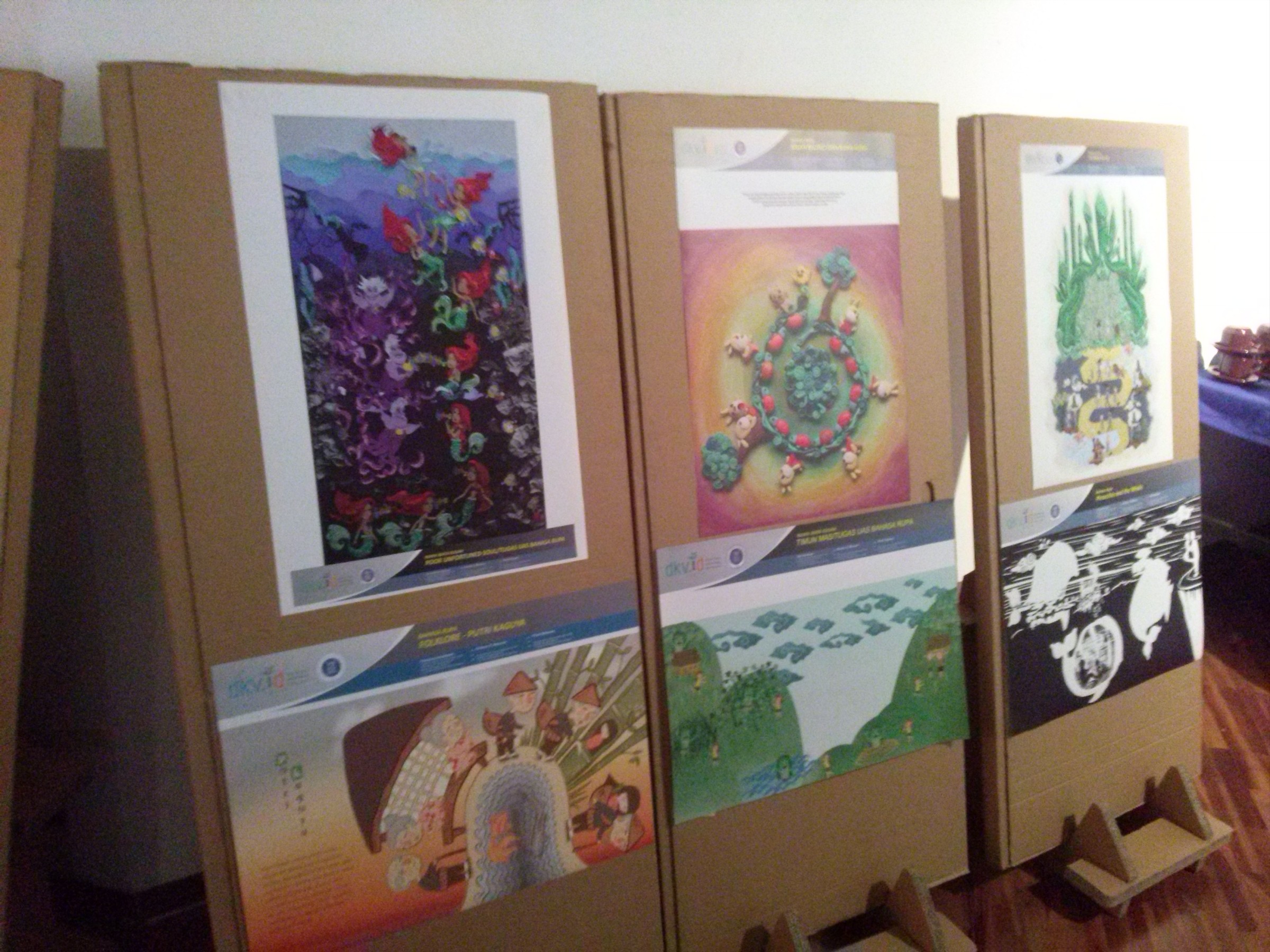 The symposium, which is open to the public, has become a stepping stone for FSRD ITB in order to contributed significantly to the management of the local cultural heritage and creativity itself. According Alvanov, Directorate General of Culture of Indonesia also participated this event in order to encourage the implementation of energy wile in preserving for the local culture, especially in the development of museum in Indonesia. Through this symposium also featured the works of DKV ITB students in order to published their contribution for the culture. One of the works that displayed in the gallery was a work by Novita Elisa Fahmi (Visual Communication Design, 2011) which combines local dance from East Nusa Tenggara in making of the alphabet. "This combination aims to bamboozle the local dance culture in a form of literature, especially the numbers and letters," said Novita.