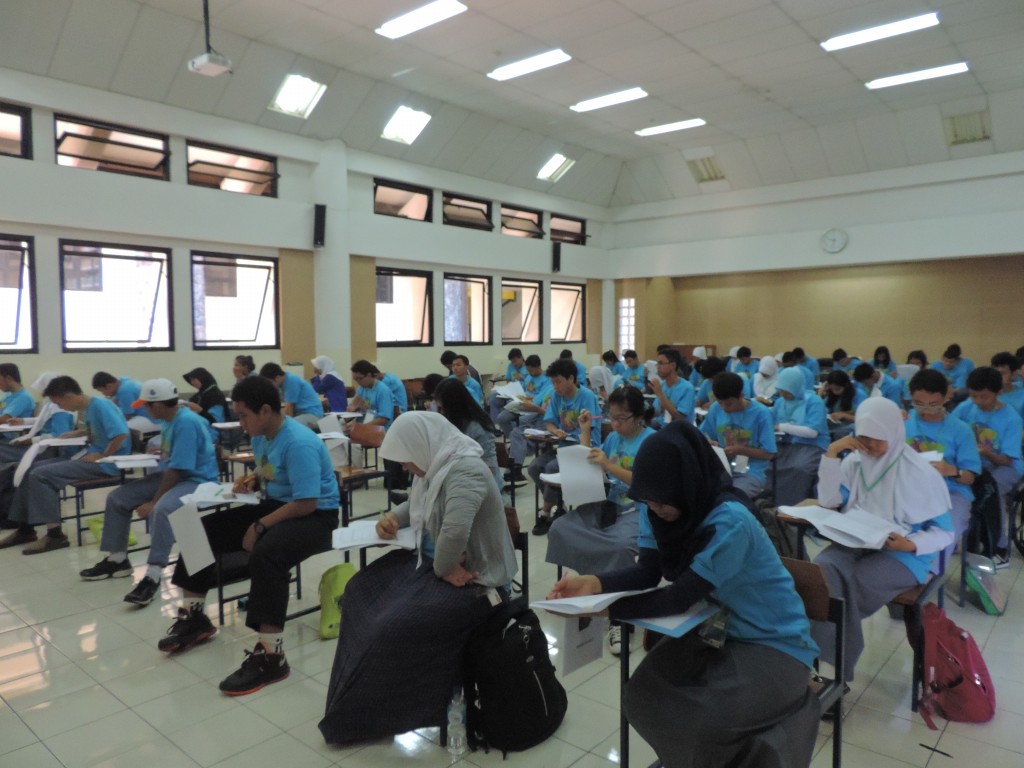 BANDUNG, itb.ac.id - In order to commemorate Earth Day National Celebrations each on 22 April, the Faculty of  Science and Technology on Earth Sciences (FITB) in cooperation with Information Agency Geospasial (BIG) held a National Olympic Geography and Geosains (OG2ITB) in national level for senior high school students . The olympic held on Sunday (04/22/14) , in the Building of Geodesy and the Building  of Meteorology, FITB, ITB. This event is one of the series of activities of National Geospasial Week (PGN) 2014 which is held by BIG.

"This activity is an arena to built a feeling to study and be concerned about this earth. Through this olympic, we hope that knowledge about the land will be understood by the community more widely," said Dr. Wiwin Windupranata, ST, m. si (Lecturer Geodesy ITB) as the Head of  Olympic Geosains National Geography and 2014. This event is composed of two branches of science, namely the Olympics term term geography and geosains. Olympic participant 100 people for every aspect which is a senior high school students from various schools that filtered first based on student performance about earth sciences in their school. In this olympic, the participants will take part in two phases test'which is written test, and practicum for each category. 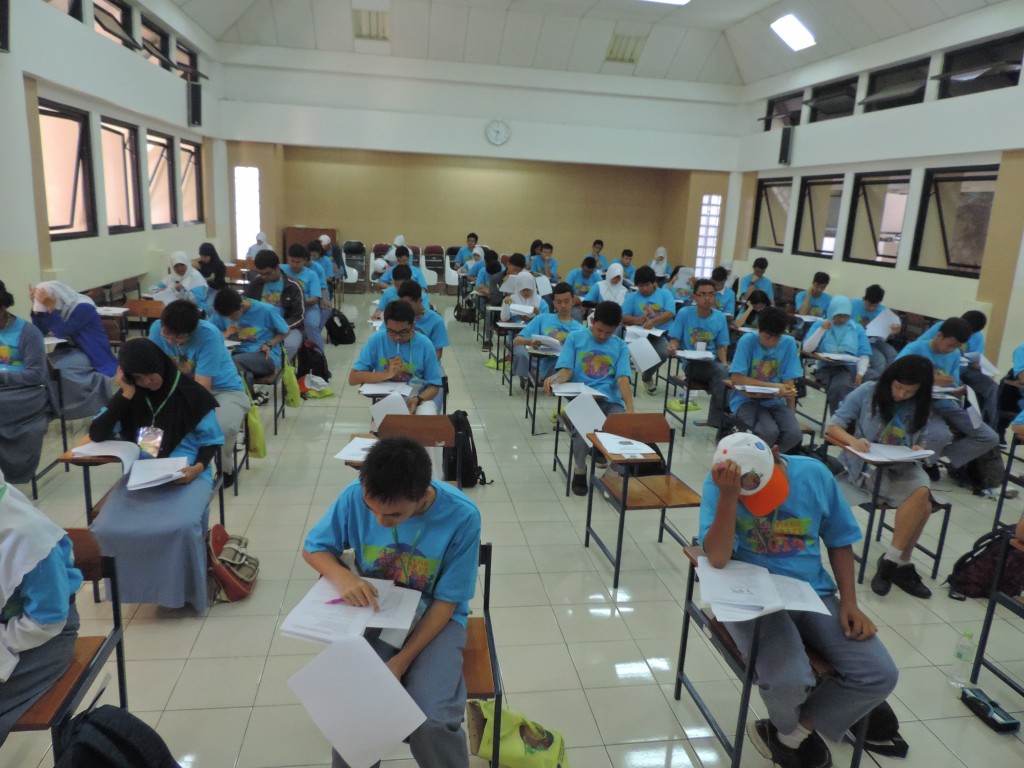 OG2ITB 2014 is an annual event held by FITB since 2012. This event also a pioneer holding on Earth Sciences and Geography National Olympic Games that at this time were held directly by Directorate General of Higher Education Indonesia. The reason is, before the year 2012, Indonesia has not branches in the field national competition on earth sciences, in fact the Olympiad is one of the branches of science that will be put into at international level. This was also boosted by Indonesia's success a silver medal in International Geographic Olympic games (igeo) 2012 in Germany, representatives who sent a winner of OGITB 2012.

In addition to celebrating Earth Day National, this activity was influenced by a desire to spread knowledge about information earth, such as earth layers, structure of the earth, and others . "Science on earth sciences is knowledge that really important to be used by various groups. We hope that the people will more sensitive to this knowledge, especially the understanding of map," added Wiwin. 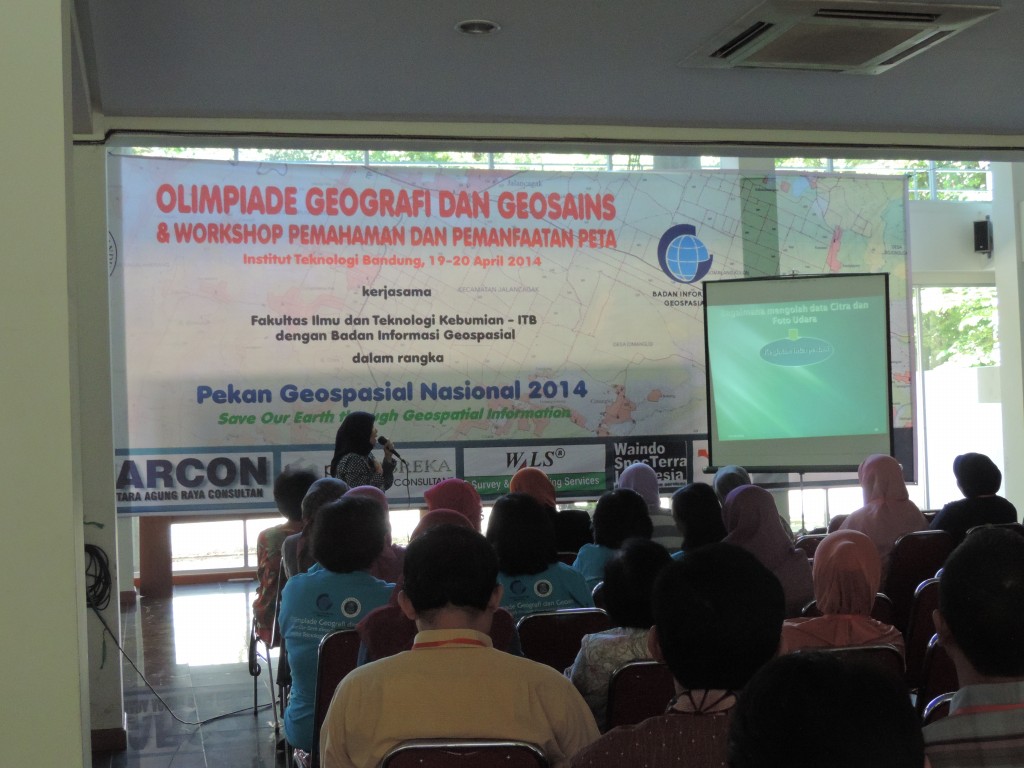 In the field geography, the gold medal was gained by Asri Hadiyanti Giastuti (SMAN 1 Bogor) and Ludika Riri Amanda (SMAN 1 Salatiga), for silver medal earned by Safira Andriani (SMAN 8 Jakarta) and Melinda Gularso (SMUK 7 Sower).  While in the field geosains, for gold medals obtained by Ryan Setyabudi (SMAN 2 Purwokerto) and Jason Hartanto (SMAN 1 Sidoarjo), for silver medals obtained by M. Hamid Al-Faqihi (MAN Insan Cendikia), Fahmi Adiyatma (SMA BBS), and Cri Irsyad I. F (SMAN 3 Bandung).  The winner of the competition will have the opportunity to follow the peak of the event last Week Geospasial National 2014 at the central office  BIG, Cibinong, Bogor. In this event OG2ITB workshop was held The understanding and also use Map for all teachers Olympic participant advisor who carried out simultaneously when the test was held in the Gallery of CC Timur, ITB.