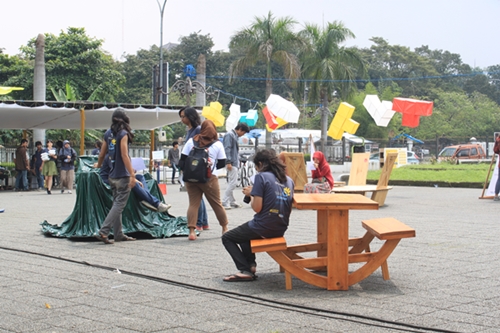 BANDUNG, itb.ac.id-Product Design Student Community (INDDES ITB) held Bandung Public Furniture Exhebition 2013 (BPF 2013). The exhebition held at Perjuangan Bandung Monument on Friday-Saturday, (10-15/05/2013).
Public space is known as a social place that is generally open and accesible to the publis, such as roads, trotoars, parks, beaches, goverment building which open to public, and public library. While public furniture is a spatial element to fill temporary public space, which can respond or responded by uders of publis space. 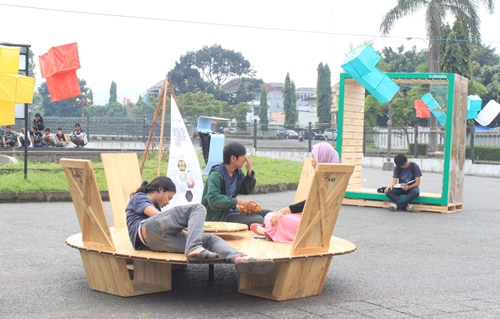 BPF 2013 ia a public exhebition which showed the best craetuon from ITB, ITENAS, ISI Yogya and professional designers. The outdoor exhebiton titled 'Relationship' with the sense of creating link between the community, public space, and the activities in it, especially teh people in Bandung. "The exhebition was created and placed outdoor in public space, we wanted to test the wheter this creations succesfully respond and responded by visitors," said Dian Asih Lestari (Product Design '09).

There are some creation s on display, the unique seating dominate. Remember,seating is the most sought place in public space 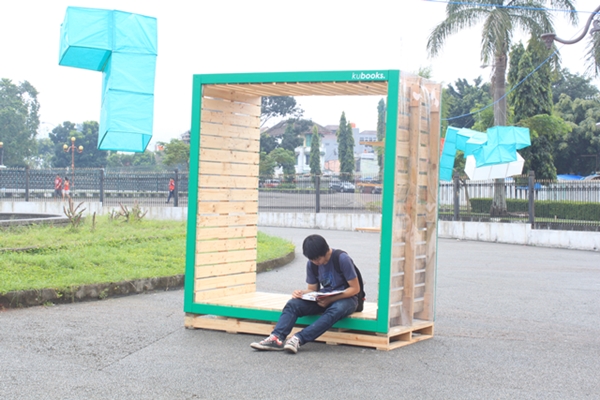 . Example Rembungan, seating for four people with round centered design into or the term sociopetal.The design makes each other, and inevetably there will be interaction. The second one is Kubooks. an open cube-shaped place for book storage and sitting room as a place to read. Kubooks appliciable in the library, or an open park.

Paradigma: The Exploration of Room Which Is Actually An Emptiness
Home
Admission
Contact
Search