BANDUNG, itb.ac.id - Subsequently to the help to flood disaster victim in South Bandung, ITB students again give help to the victim of flood disaster in Jakarta and thereabout. The students, which was inconsolidated in Keluarga Mahasiswa Islam ITB (Gamais ITB), Pengabdian Masyarakat Keluarga Mahasiswa ITB (PM KM-ITB), Korps Relawan Salman (Korsa), and Kampuspeduli handed over the help on Saturday and Sunday (26-27/01/13). This help was distributed to the flood victim in Jakarta and Karawang.

This help act was first initiated by Gamais ITB, which then subsequently collaborate with PM KM-ITB, Korsa and Kampuspeduli. Each group has their own main role in this act. PM KM-ITB, which leaded by Maundri Prihanggo (Geodesy and Geomatics Engineering 2008), had the main job to manage help from students association under KM-ITB while Korsa and Kampuspeduli had the main job to manage the event that will be conducted at the venue. 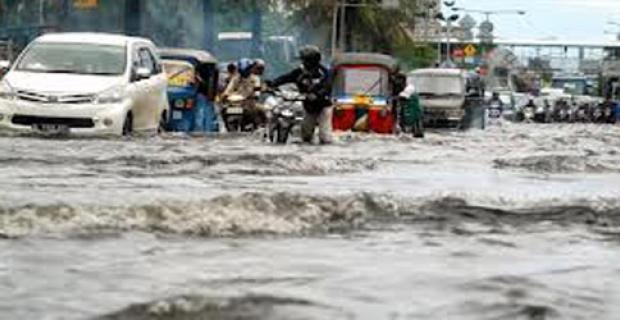 This help raise was opened to public including any help like clothes, blanket, medicines, books, grants, and any help needed by the flood victim. The goods was collected at KM-ITB Office, West Campus Centre, ITB and for the grants, can be donated to BNI 0199210067 a.n. Ahmad Shofwan.

The distribution on help was conducted not only by the groups associated but also by some volunteer. The volunteer who join must register and confirm to the group associated, such as PM KM-ITB, Korsa, Gamais ITB, and Kampuspeduli. Series of event that will be conducted at the venue will vary. Not only handing over the help, but also including some fun activities.

"We not only handing over the help, we also want to do some fun activities as a pain-relieve or shock therapy to the victim. The main target of our help is not only to some part of people, but covers all victim there," state Maundri.

By doing this help act, hoped that the victim of flood will feel relieved and entertained by the fun activities conducted. Besides, the committee hoped that students of ITB will be feeling much more empathy, so later when this kind of things happen in the future, any similar act will be conducted too.

Further Coordination with Lecturer and Expert

The distribution of help to the victim of flood disaster can be a first step that the students of ITB can carry out to solve the annual flood problem. When asked about the further step that will be taken, Maundri said that in the future there will be coordination with lecturer and expert in this problem.

"I can say that this annual flood problem is a really complicated one. For a metaphor, this problem is grown from the upper course to the lower course. It involved many aspects in our life. Recently we've been taking a consideration like making a biopore in South Bandung, but later then we've not been doing follow up. As far, we also have been consulting to the lecturers and expert for every step we take. For the future, we will try to discuss this kind of thing as an Integration of many majors, like Planology, Geodesy and Geomatics Engineering, Architecture, and Civil Engineering."

Further, Maundri said that the proactive participation from society will be needed to solve the flood problem. A small example of contribution is not to send flying.

AYVP through the Eye of the Participants
Home
Admission
Contact
Search