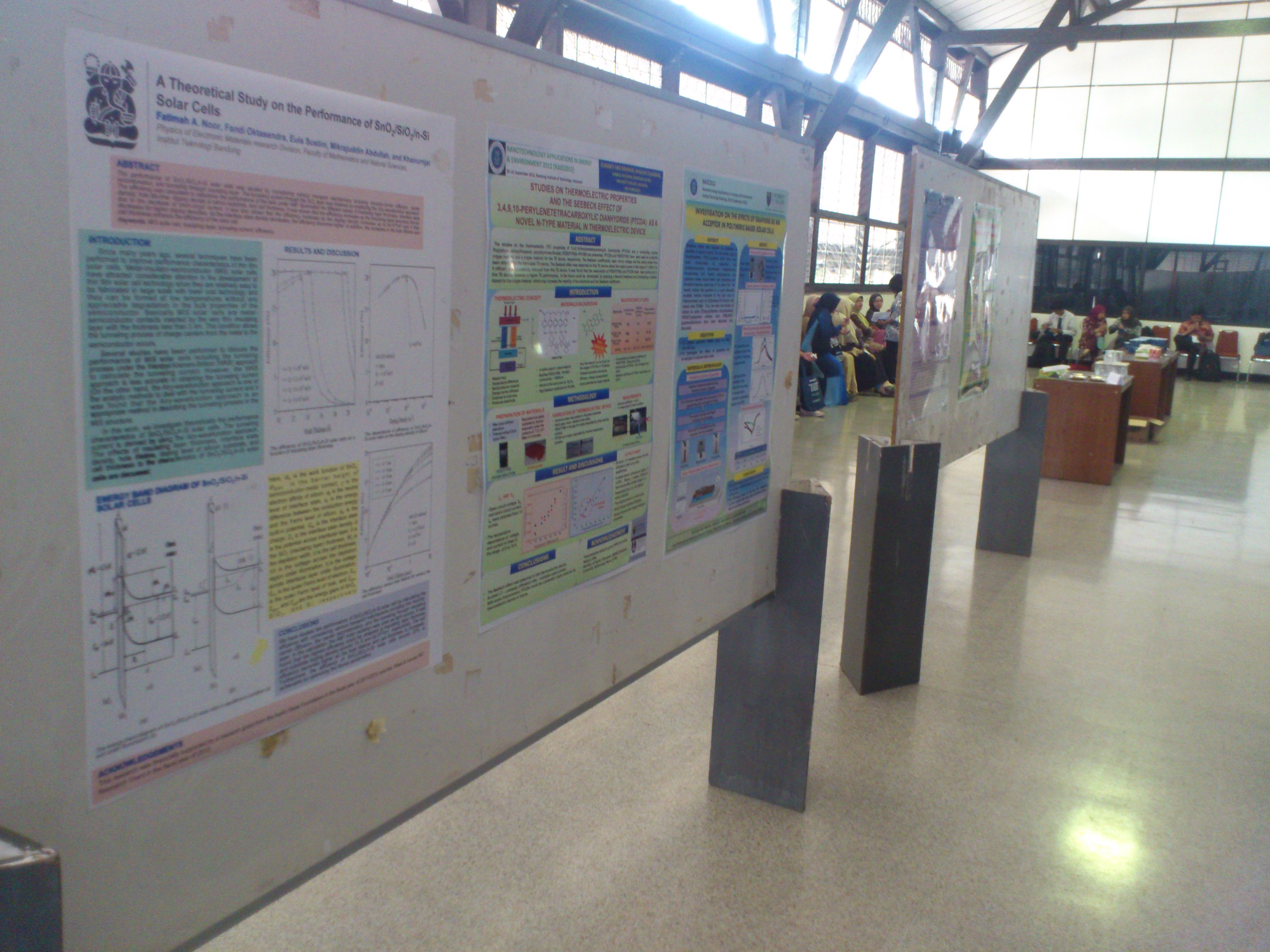 BANDUNG, itb.ac.id -- How was the recent development of nanotechnology

in the area of energy and environment? This question was the main theme of Nanotechnology Applications in Energy and Environment (NAEE 2012), an international conference which was held by Physics Study Program ITB on Thursday and Friday (20-21/09/12). The event invited many researchers from Indonesia and abroad who are focusing in nanotechnology and was participated bt many ITB students and lecturers.

Nowadays, nanotechnology had developed very quickly and been applicable in many fields of science and engineering. Nanotechnology was expected to solve many problems faced by present and future residences of the world. Nanotechnology could be applied in the environmental development and remediation caused by pollution, energy-efficient devices, and development of renewable energy.

This conference was held to provide a good medium for the exchange of though, not only among the researchers but also with the industrial stakeholders, especially about energy and environmet. For a developing country like Indonesia, beside the exchange of thought itself, it was hoped that the conference could give an alternative solution to the various national issues of energy and environment, and also a vast amount of innovative application of nanotechnology.

MMFair 2011: Nanotechnology and Its Breakthrough in Indonesia

Prof. Mikrajuddin Abdullah and His Contribution in the Physics of Nanomaterials