The Professor of ITB: Make Indonesia as The Most Complete Natural Disasters Laboratory in The World 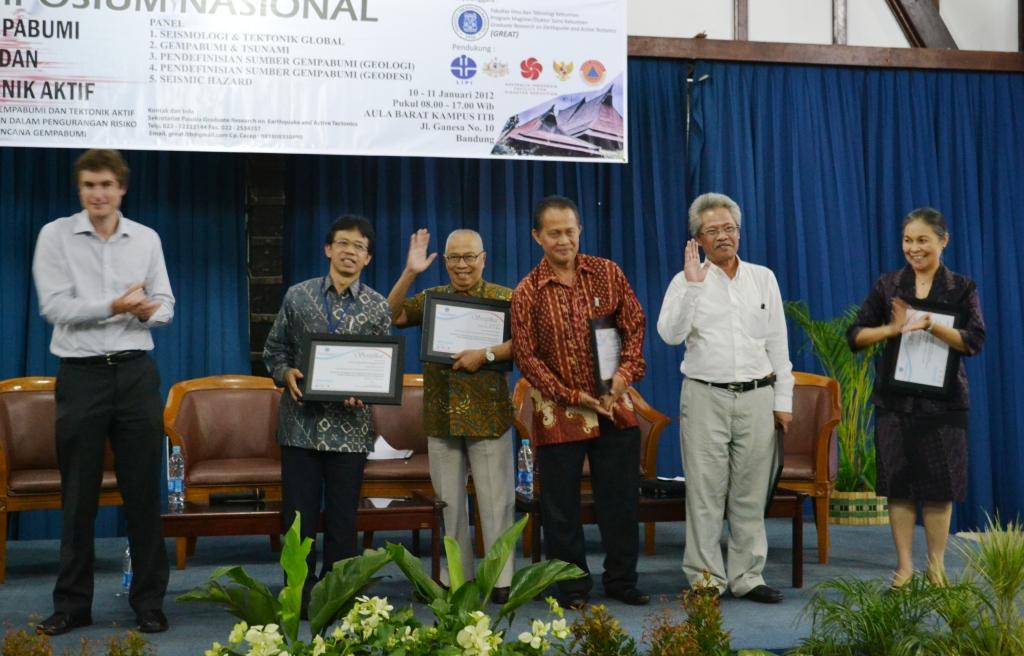 BANDUNG, itb.ac.id - Geographical conditions make Indonesia vulnerable to natural phenomena such as earthquakes and volcanic activity. However, they can provide benefits in terms of knowledge to Indonesia. That natural phenomena may help the research on tectonic activity.
The statement said by Prof. M.T. Zen, while giving a lecture at the Symposium of Earthquake and Active Tectonics Research-GREAT, on Tuesday (10/01/12) in the West Hall ITB. "Make Indonesia as the most complete natural disasters laboratory in the world," he said. He said that basically, natural phenomena are not good or bad. Natural phenomena turn into disasters if they happen in the city and humans are not ready for it. "Humans can think rationally and they can do something to prevent a disaster," he said. Here is the importance of research on natural phenomena that exist in Indonesia. A similar opinion said by the Head of Badan Nasional Penanggulangan Bencana (BNPB), Dr. Syamsul Ma'arif. He said that Indonesia must be good in the knowledge of tectonic phenomenon. Unfortunately, current maps of natural disasters in Indonesia have not been so detailed. Prof. Zen hopes that future researches could produce hazard maps that are more detailed and comprehensive, and easily accessible to the public. The Head of Pusat Vulkanologi dan Mitigasi Bencana Geologi (PVMBG), Dr. Surono; the Dean of FTTM ITB, Prof. Sri Widiyantoro; Prof. Masyur Irsyam dan Drs. Sunarjo from Badan Meteorologi, Klimatologi, dan Geofisika also attended the event. Other researches will present their research results at the symposium that held until Wednesday (11/01/12).