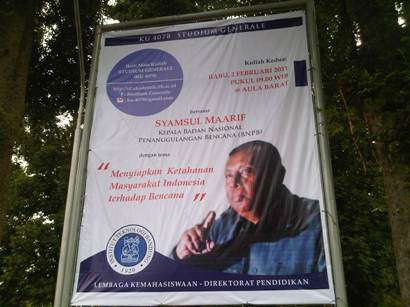 BANDUNG, itb.ac.id - The studium generale subject returns hosting the Head of National Office of Disaster Relief (BNPB), Dr. Syamsul Ma'arif, M.Si. As usual, it was opened with a speech from Rector Prof. Akhmaloka. In his speech, he stressed the increasing importance of disaster relief for all nationas, especially developing ones, in today's world.

The guest lecturer opened the class by retelling a story of his experience in the relief effort in Merapi's volcanic eruption. He stated that one important foundation in any casuality prevention effort is to make sure the local residence are aware of the dangers that lurk. That, combined with occasional simulations and drills in order to prepare for a real eruption, are crucial in avoiding unwanted losses of life.

Indonesia as a 'Disaster Laboratory' 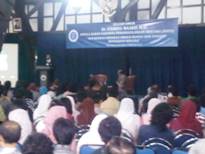 Indonesia is geographically situated between three active slabs; Eurasia, Pacific, and Indies-Australia, resulting into an increased likelihood of volcanic eruptions and earthquakes. "Indonesia is currently the center of many researches and tests concerning natural disasters," Syamsul explained.

All of the current global problems almost every corner of this world faces: environmental degradation, overpopulation, poverty, and man-driven climate change, all contribute to the likelihood of natural disaster occurences, especially hydrometrological disasters.

In the end, Syamsul conveyed that his hope is that the human resources that the nation has in facing natural disasters would be adequate in order to prevent, anticipate, and recover all the losses that has been and will be caused by natural disasters. "Due to the frequency in which we are hit, we are supposed to have a higher mastery in disaster relief efforts," Syamsul stated. 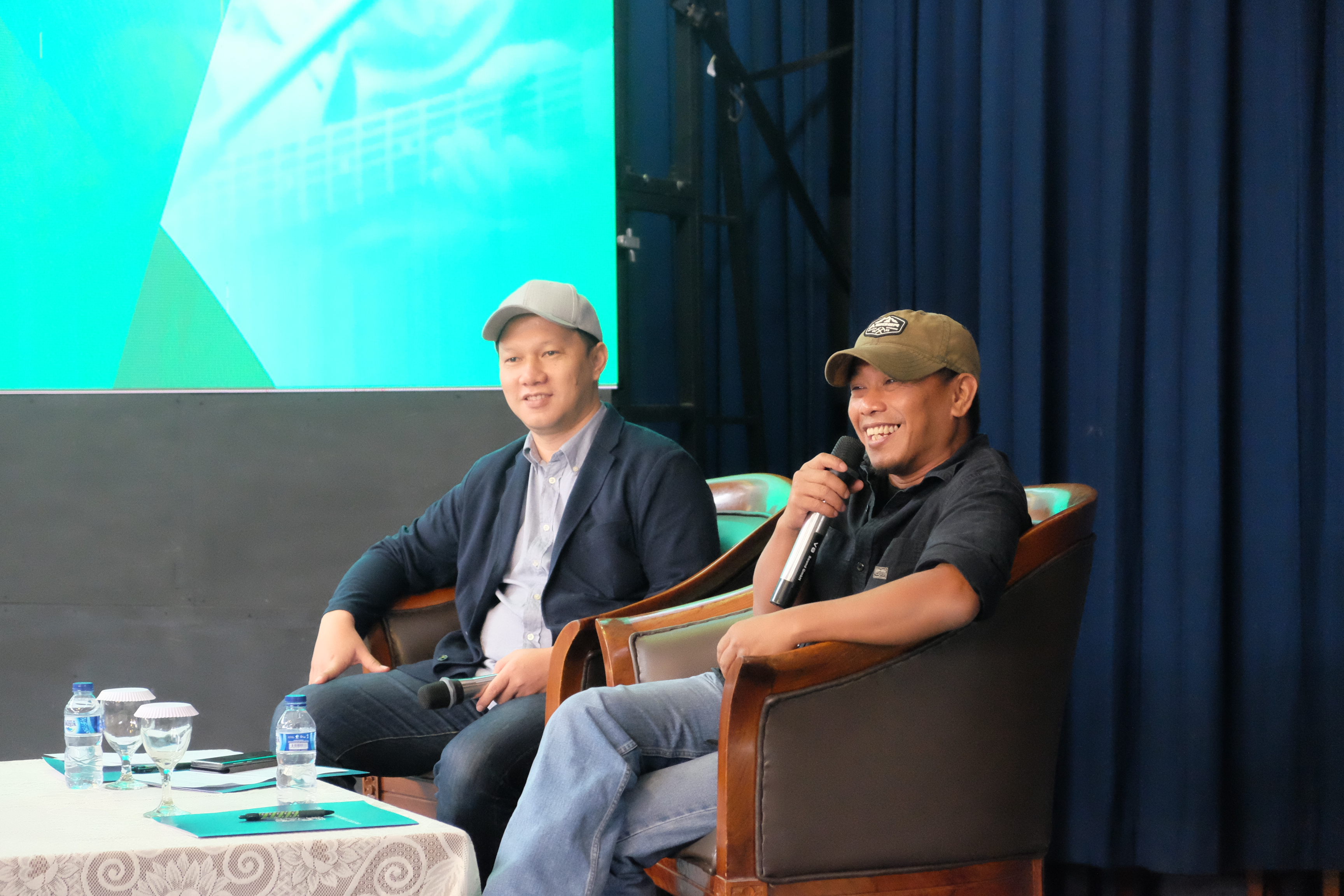